BBC meteorologist Ben Rich noted that over the last few days, parts of Europe have seen some warm weather and other parts have seen some “really hot” weather. However, the weather presenter warned viewers that things are beginning to change on the continent. Mr Rich said that an area of low pressure swinging in towards the British isles is turning things unseasonably windy.

He continued: “There’ll be some wet weather and some cooler conditions spreading in behind this band of cloud and patchy rain.

“So there will be a cool down compared to the recent days in London.

“Down towards the southeast of the continent, we’ve had some real heat across Turkey and Cyprus.

“Some cooler air is starting to work into the area.” 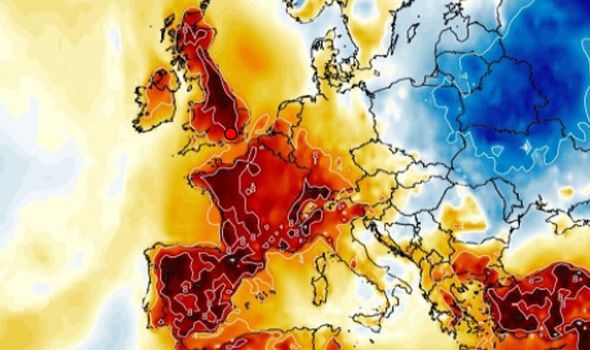 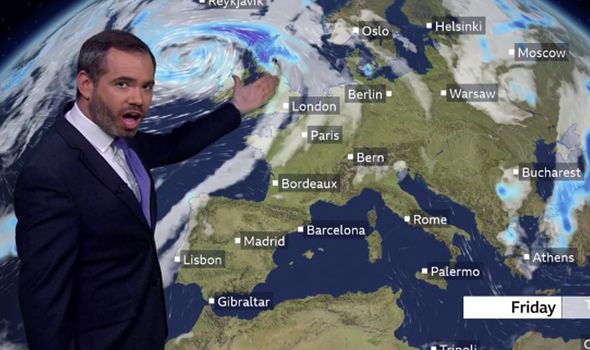 Mr Rich added: “It’s still 31 degrees in Nicosia, but across Greece, where it has been very hot, those temperatures are back down into the 20s.

“Much of Italy will be fine but there are still some brisk winds across the south.

“There is still some warmth to be had in Iberia at 32 degrees there in Madrid.

“But it will be 22 in London with those brisk winds.” 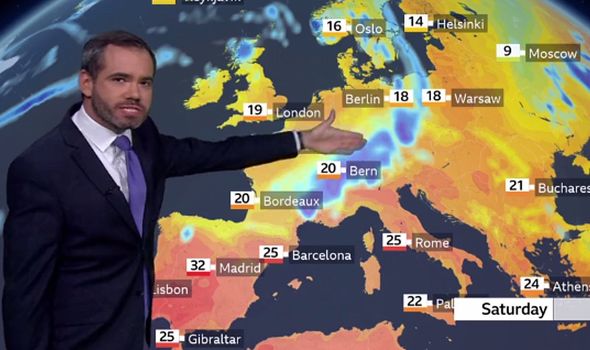 The BBC presenter told viewers: “There are some outbreaks of rain edging towards the southwest of Scandinavia.

“This wet weather will continue to push eastwards on Saturday.

“The frontal system will dig its way down towards the Alps into southern France.” 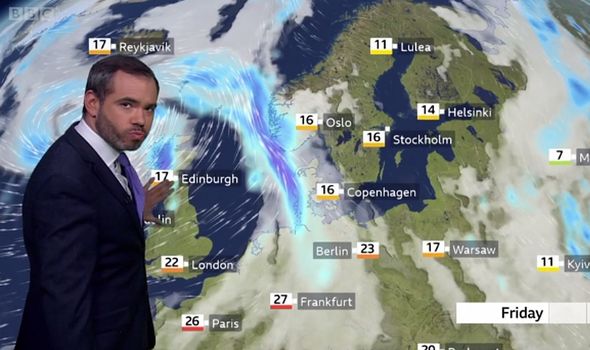 He continued: “We’ll see some wet weather here with cooler weather behind.

“It will remain pretty warm for Iberia and much cooler than it has been in the southeast of the continent.

“Looking further ahead, Rome should stay fine, dry and sunny with temperatures around 25 degrees.

“It will warm up again in Paris and in London as we head into next week.

“In Moscow, it will be rather cool for the time being, but turning a little less so by the time we get to Monday and Tuesday.”