BBC Weather forecaster Helen Willetts warned of the impacts of Storm Filomena over the next few days. She said it will batter the west of Europe, and bringing heavy snow, unsettled seas, heavy rain and powerful winds. Snow is also expected to blanket parts of Spain and Portugal due to the storm, with up to 40cm forecast.

She said: “A storm is brewing in Europe, Storm Filomena.

“This storm is for the Canary Islands, Madeira and Iberia.”

“Storm Filomena is expected to bring severe gale force winds, very rough conditions at sea and on the islands and then heavy rainfall and significant snow.

“It will not just be for a day or two, it will last for several days. 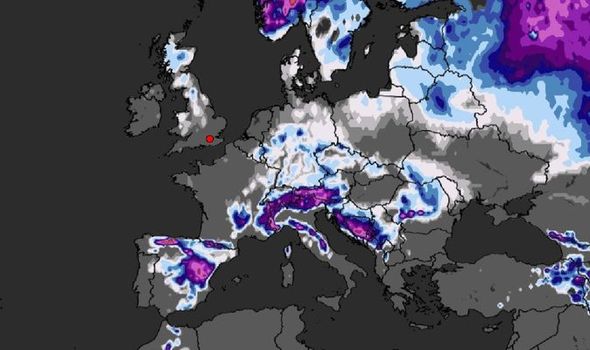 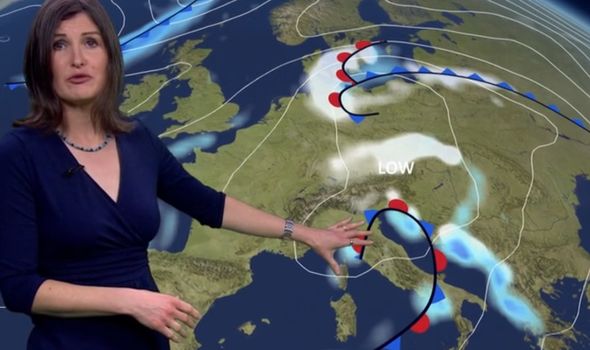 “We could see, 20, 30 or 40cm of snow building up over the higher ground but some over the low levels too.”

Ahead of the rough storm, Ms Helletts highlighted the wet and wintry conditions experienced over central Europe.

She said: “More heavy rain is forecasted over the next couple days for parts of Italy and the Balkans.

“It is pushing eastwards into Greece and Albania and also pushing its northern extension, the really cold air across parts of Russia, Poland into Germany. 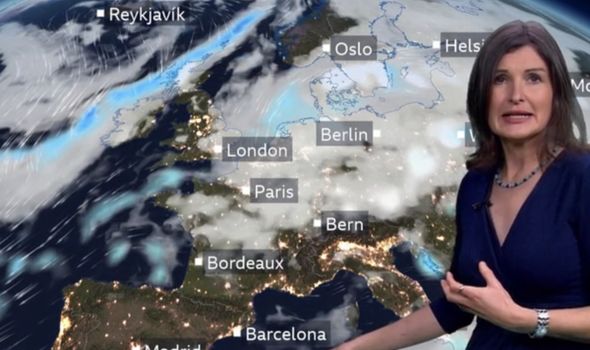 “This cold will be providing the fuel for further snowfall.”

Eastern parts of Europe will see some warm temperatures with Greece and Turkey seeing temperatures shy of 20C.

However, rain is still expected over the next coming days.

The Weather forecaster closed by reiterating the cold air gripping Europe, most notably in Scandinavia.

UK snow map: Where has it snowed today? Will it snow near me today? [INSIGHT]
UK long-range forecast: -11C freeze to smash UK with 17 days of snow [MAP]
Beast from the East 2: Met Office forecast sudden stratospheric event [ANALYSIS] 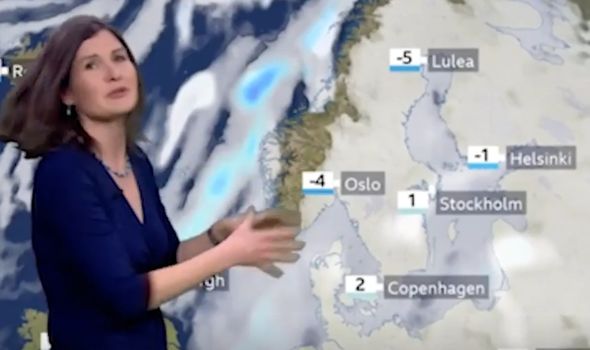 She said: “We have got that low-pressure brewing up and it is going to be a player for several days.

“It really is one to watch as that cold air is with us further north.

“Icy blast will still continue across much of Scandinavia.”