BRASILIA (Reuters) – Brazilian President Jair Bolsonaro on Monday picked a new head of the federal police following a Supreme Court decision to block his effort to appoint a family friend – a tactical retreat a day after he and supporters threatened the court in anti-democratic protests. 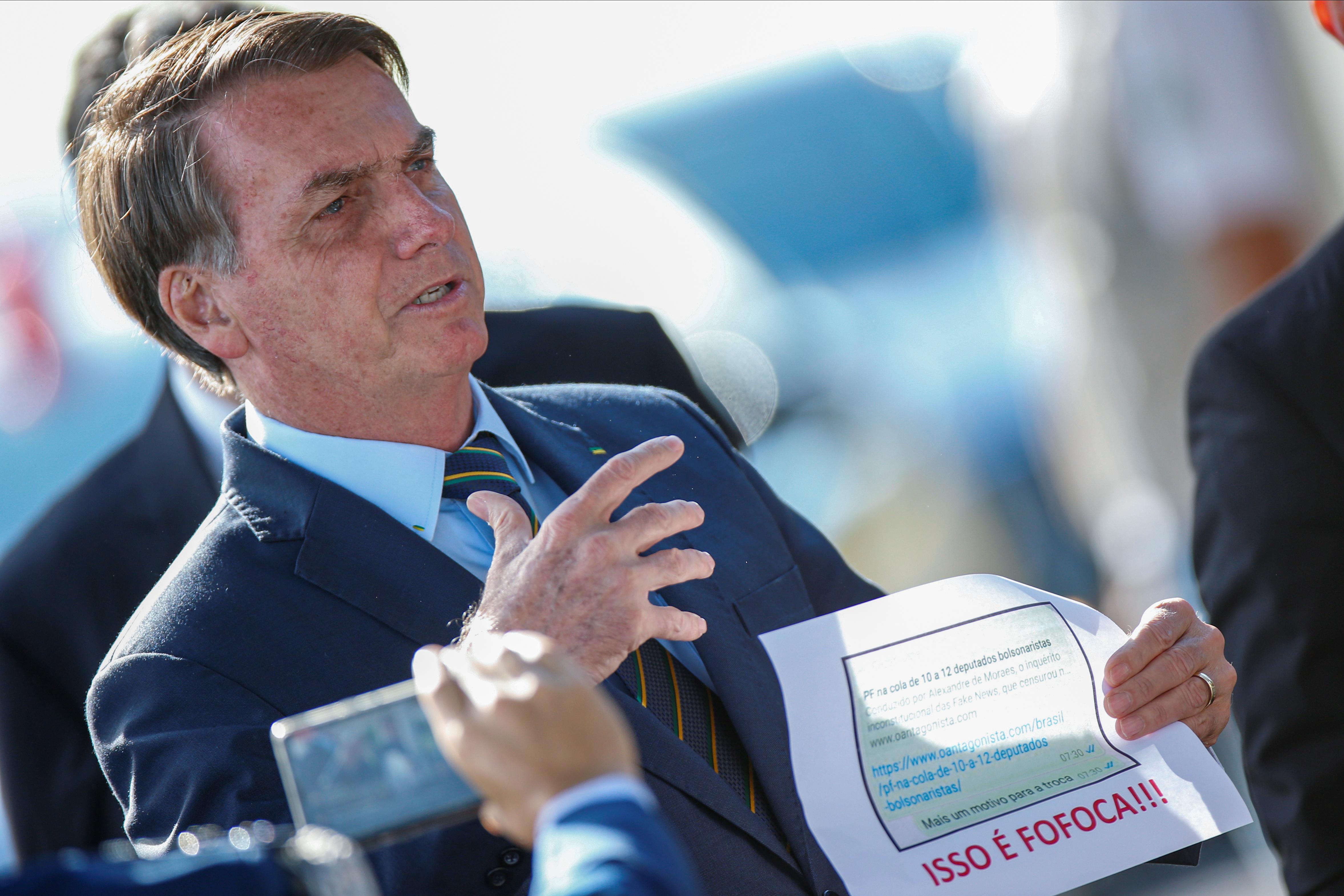 The new appointment showed Bolsonaro moving quickly to install a trusted appointee to the top law enforcement role as mounting investigations and his lax handling of the COVID-19 pandemic erode his popularity and feed talk of impeachment.

Bolsonaro dismissed as “gossip” accusations by former Justice Minister Sergio Moro that the president had tried to interfere in sensitive investigations by naming Ramagem, a friend of his sons, as top cop.

Moro, a popular figure in Brazil’s anti-corruption efforts who locked up scores of businessmen and politicians as a judge, testified to prosecutors and police on Saturday as part of an investigation authorized by the Supreme Court.

The former minister’s evidence against Bolsonaro included recordings of conversations with the president, a person with knowledge of his deposition told Reuters.

Moro told investigators that army generals in Bolsonaro’s Cabinet, two of them active duty officers, witnessed the president’s pressure on the federal police and could confirm his accounts, said the source, requesting anonymity to speak freely.

Moro’s resignation and allegations 10 days ago set off the most serious political crisis Bolsonaro has faced in office, compounded by criticism for playing down a coronavirus outbreak that has killed more than 7,000 people in Brazil.

A record low 27% of Brazilians consider the government “good” or “great,” while those considering it “bad” or “awful” jumped 7 percentage points in a week to 49%, showed a telephone survey by pollster Ipespe commissioned by XP Investimentos.

Another survey published over the weekend, run by pollster IDEIA Big Data via mobile app, showed the government’s approval rating fell 8 percentage points in a week to 22% as disapproval shot up to a record 47%.

Those polls, conducted from Tuesday to Thursday, suggested that the impact of the crisis may have grown over the course of last week, after a Monday telephone poll by veteran pollster Datafolha showed Bolsonaro’s support holding firm.

The far-right president came under fire again on Sunday for attacking Congress and the Supreme Court in a speech to hundreds of supporters who were calling for military rule in Brazil and an end to coronavirus quarantine measures.

Bolsonaro said at the rally outside the presidential palace that he had Brazil’s armed forces behind him and he was losing patience with “interference” in his agenda.

Yet, the Defense Ministry cast doubt on Bolsonaro’s claim in a rare statement on Monday. The government body said the armed forces were on the side of democracy, the separation of powers and of Brazil’s constitution,

The statement also denounced attacks on journalists, after at least three photographers were attacked during the Sunday rally.

House Speaker Rodrigo Maia said Bolsonaro was out of line and called on Brazilian institutions to defend democracy.

“In Brazil, unfortunately, we are fighting against coronavirus and the virus of extremism,” Maia tweeted.

Former allies in Congress have joined a growing chorus in Brasilia calling for a debate on impeachment of Bolsonaro, a move with the support of about half of Brazilians, according to the most recent Datafolha survey.