China’s ruling Community Party (CCP) is expected to approve a controversial national security law in Hong Kong on Thursday, which will criminalise “treason, secession, sedition and subversion” against the central government. The legislation, which would bypass Hong Kong’s lawmakers, is seen as a huge blow to the city’s freedoms and has been interpreted as a move to take full control of the territory. US President Donald Trump has condemned the move and threatened serious consequences on China if the legislation is passed.

President Trump is due to announce America’s response to the law in the coming days.

Now, Express.co.uk readers have urged Boris Johnson in a poll to also speak out against China’s plans, which would undermine Hong Kong’s “one country, two systems” principle which has up to now governed relations between the region and the rest of China.

Responding to an exclusive poll, readers thought the UK should reprimand China for introducing the national security law.

The poll, carried out from 9am-7pm on May 27, asked: “Should UK follow Trump’s lead and punish Beijing for Hong Kong chaos?” 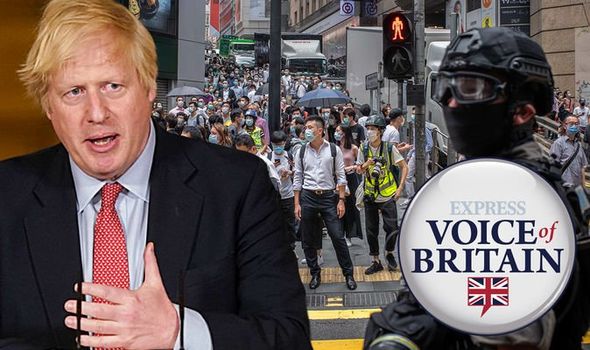 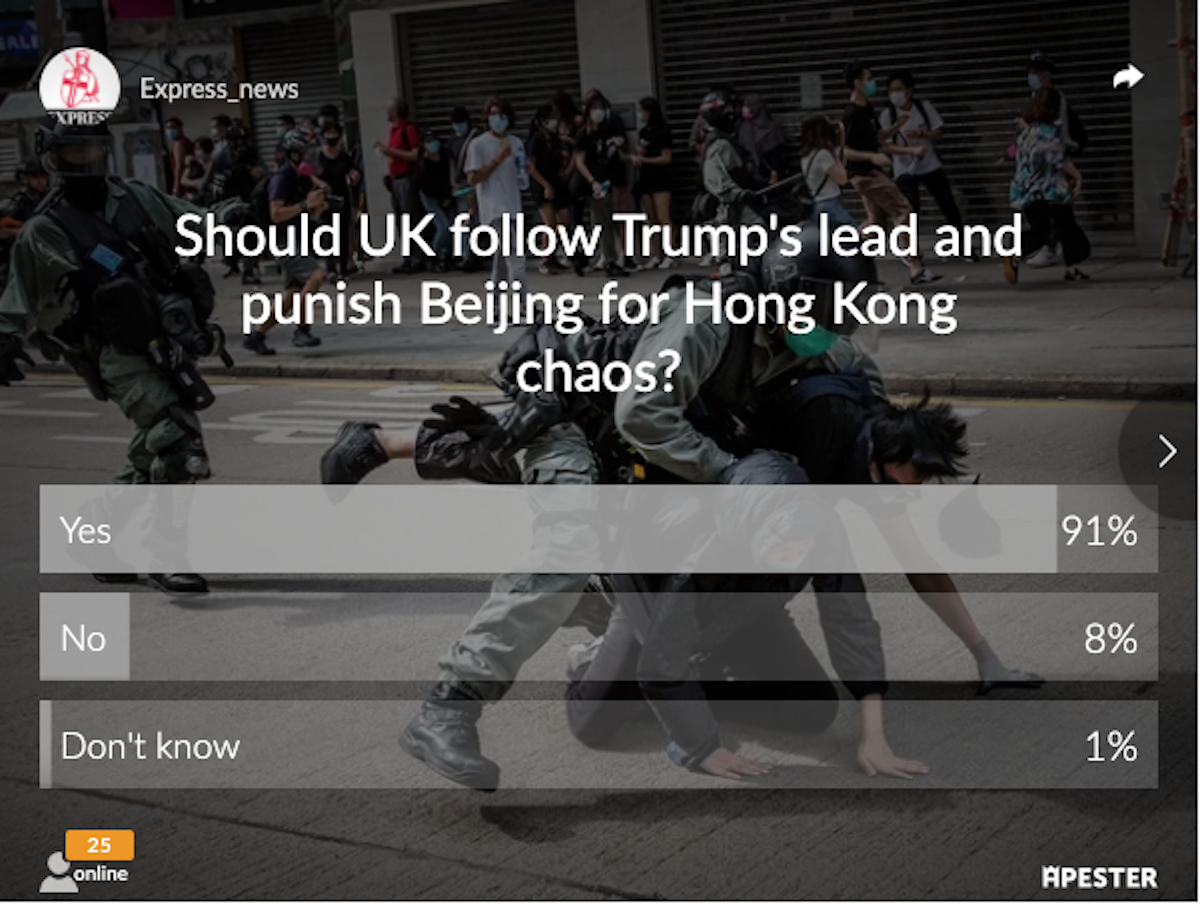 Readers took to the comments to explain why they thought the Prime Minister should intervene.

One person wrote: “Yes it should China is getting far too aggressive on all fronts and Hong Kong is just one of them.

JUST IN: China’s coded ‘we are ready for WAR’ warning exposed 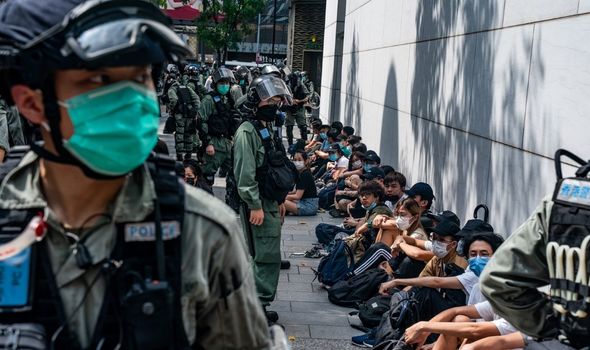 “They are nibbling away at the one country two systems agreement when it has years left to run.

“Its time countries that respect freedom showed some willingness to confront China.”

Another user agreed and said: “The survival of Hong Kong and the safety and survival of its citizens depends on the West now.

“We must help them and stand up for honouring the Declaration. 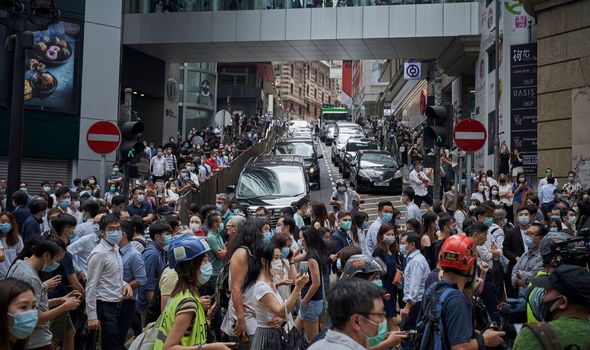 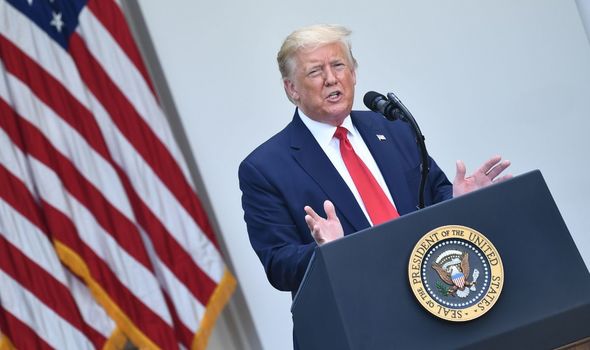 “These protesters are risking their lives and the CCP [Communist Party of China] is crushing them and HK.

“We have a very long relationship with HK and we left with an agreement that the CCP has torn up.

“Trump is right – we have to condemn the CCP.”

Another person suggested the Government should stop trading with China. 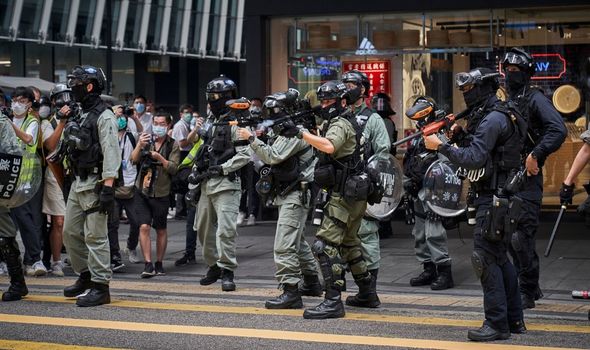 They wrote: “Absolutely. China should be barred from any involvement in any UK industry or sector.”

But some users suggested the UK should stay out of the matter, with one person writing: “American foreign policy leaves a lot to be desired.”

Another person said: “Not sure why we should punish them, it would be like China punishing us for something the government did in the Isle of White.

“HK has nothing to do with us anymore it belongs to China, we gave it back remember?”