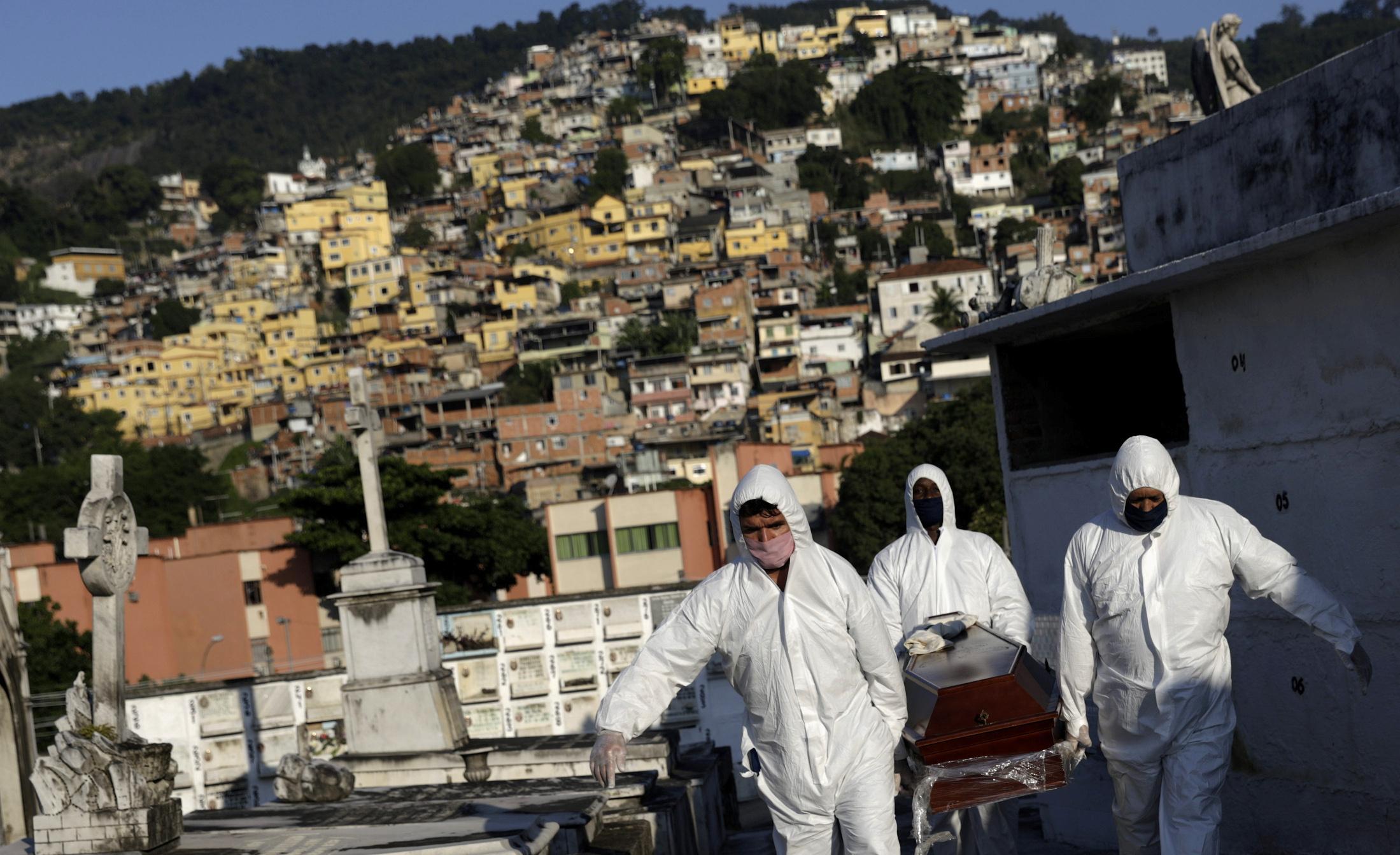 RIO DE JANEIRO (Reuters) – Brazil’s daily death toll from the new coronavirus jumped to a record 1,179 on Tuesday as President Jair Bolsonaro doubled down on chloroquine as a possible remedy and U.S. leader Donald Trump said he is considering a travel ban from Brazil.

The highest daily toll before Tuesday had been 881 deaths on May 12. The pandemic has killed at least 17,971 people in Brazil, according to the Health Ministry.

Brazil overtook Britain on Monday to become the country with the third-highest number of confirmed infections, behind Russia and the United States. Brazil’s confirmed cases also jumped by a record 17,408 on Tuesday, for a total of 271,628 people who have tested positive for the virus.

Bolsonaro, an ideological ally of Trump, has been criticized for his handling of the outbreak, such as opposition to restrictions on movement he sees as too damaging to the economy.

Bolsonaro said Interim Health Minister Eduardo Pazuello would issue new guidelines on Wednesday expanding the recommended use of the anti-malarial drug chloroquine to treat the coronavirus.

Two trained doctors have resigned as Health Minister in the past month as Bolsonaro defies public health expert advice.

Bolsonaro told website Blog do Magno that Pazuello, an active-duty army general, would sign the new chloroquine guidelines and keep the top job for now. Bolsonaro added that his mother is 93 years old, and he keeps a box of chloroquine on hand should she need it.

Trump, who announced on Monday he was taking chloroquine preventively, told reporters on Tuesday: “I don’t want people coming over here and infecting our people. I don’t want people over there sick either. We’re helping Brazil with ventilators … Brazil is having some trouble, no question about it.”

Pan American Health Organization officials said in a virtual briefing they were concerned about the virus’ spread in the tri-border area of the Amazon between Colombia, Peru and Brazil. They urged special measures to protect vulnerable populations among the indigenous, poor and racial minorities.