SOFIA (Reuters) – Scores of Roma people protested in Bulgaria’s capital Sofia on Friday over feared job losses due to a stricter application of a coronavirus lockdown in their main neighborhoods in efforts to halt the spread of the viral pandemic. 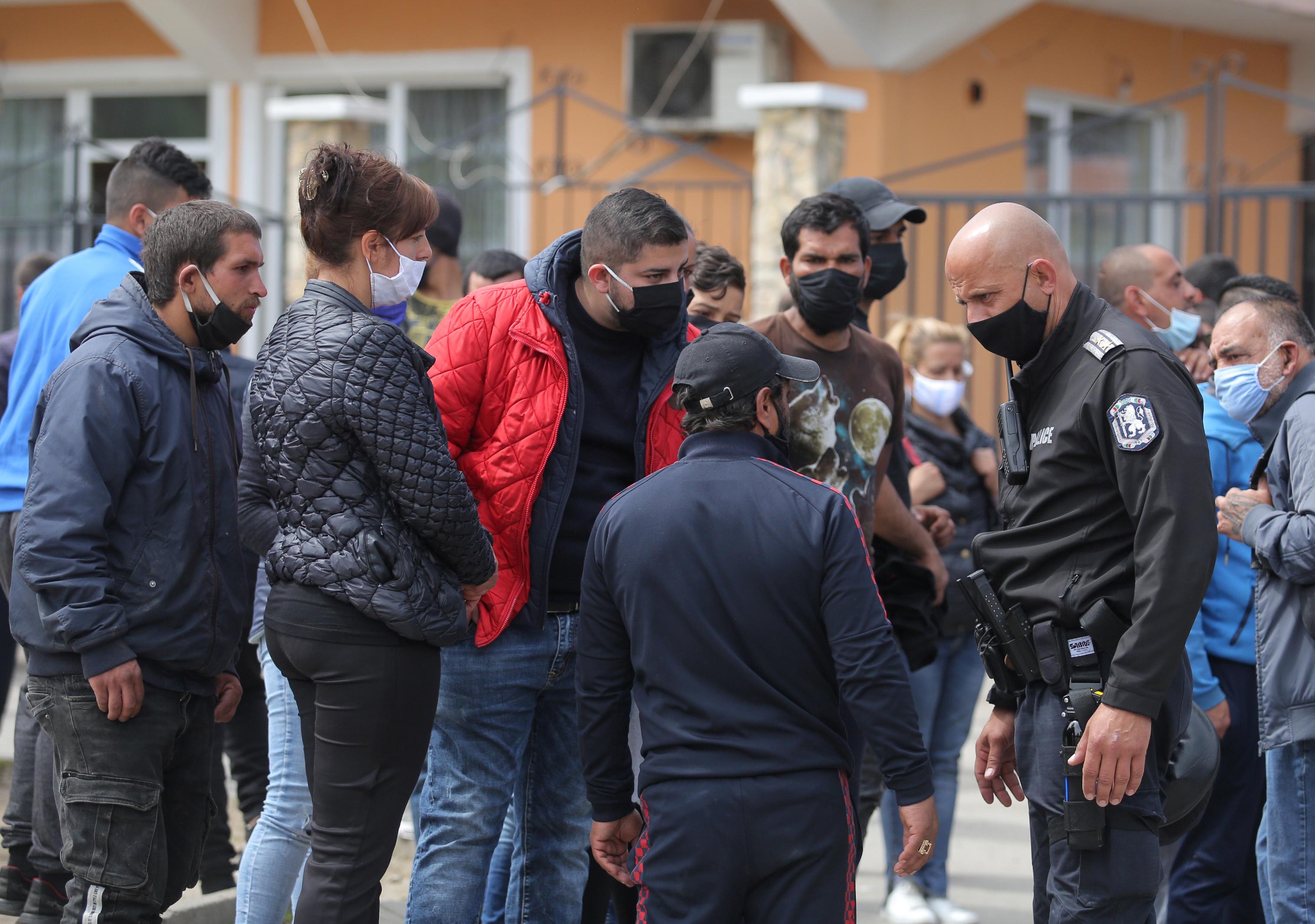 Since Thursday residents of the Fakulteta and Filipovtsi neighborhoods have been subject to checkpoint controls because of concerns about them being at high risk of infection after 10 cases were reported in the impoverished area.

Bulgaria has registered over 100 new COVID-19 cases since Tuesday, taking the total number to 846 including 41 deaths. More than half of the confirmed infections are in Sofia.

People apart from those in Roma neighbourhoods can move freely within the capital while observing social distancing but cannot leave it as part of a broader travel lockdown.

Mayor Yordanka Fandukova denied that measures to restrict movement in Roma neighbourhoods amounted to discrimination, saying they were about stemming contagion and saving lives of residents there.

But Roma people, who often say they are marginalized by deliberate policies of discrimination, said the move would leave many of them without the means to live in an area with few secure jobs and rampant poverty.

“Many of the Roma work on the grey market without contracts or steady employers,” said Hristo Nikolov, a Fakulteta health mediator. “They cannot provide documents for their employment and now they cannot leave the neighborhood and earn a living.”

Fakulteta, where more than 45,000 live, became the latest Roma neighborhood to be cordoned off by police.

Authorities in several other towns, including Sliven, Nova Zagora and Kazanluk, previously locked down their Roma districts in what they said were steps to rein in the spread of the coronavirus.

“The other problem is that after Fakulteta was sealed off and information got out that probably many are infected there, many Roma who had steady jobs received calls from employers telling them not to show up at work at all,” said Nikolov.

According to the 2011 census, 325,000 Roma people live in Bulgaria, a country of 7 million. The European Commission estimates the true number of Roma is around 750,000.

The government has also halted all private vehicle traffic in and out of Sofia until further notice.