US President Donald Trump accused Beijing on Wednesday of wanting to do anything to ‘make him lose’ in November. 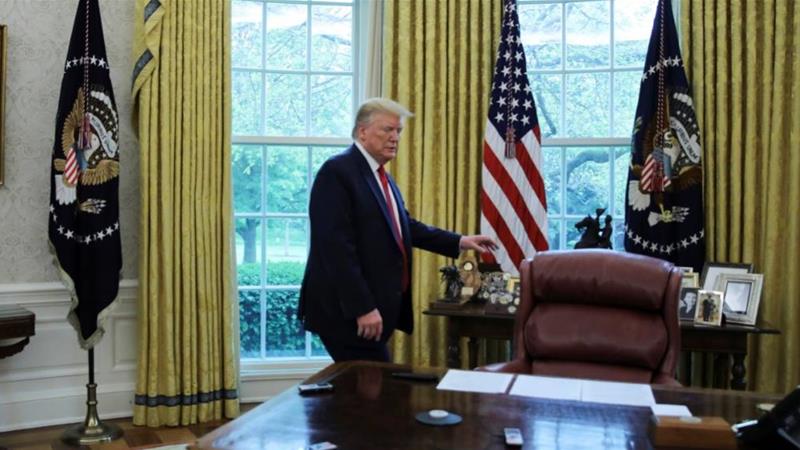 China has no interest in interfering in the United States’s presidential election, Beijing said on Thursday, following remarks by President Donald Trump that it “will do anything they can” to make him lose his re-election bid in November.

Geng Shuang, the Chinese foreign ministry spokesman, told reporters during a daily briefing the election was an internal affair of the US and Beijing hoped Americans would not try to bring China into it.

“We hope the people of the US will not drag China into its election politics,” he said.

“China will do anything they can to have me lose this race,” Trump said during an interview on Wednesday, adding that he believes Beijing wants his Democratic opponent, Joe Biden, to win the race to ease the pressure Trump has placed on China over trade and other issues.

Trump said he was looking at different options in terms of consequences for China over the coronavirus’ spread. “I can do a lot,” he said.

Before the coronavirus pandemic began, the US and China were already engaged in a trade war that has resulted in billions of dollars in tariffs.

Trump has been heaping blame on China for weeks for the coronavirus pandemic, which has killed more than 61,000 people in the US, according to data compiled by Johns Hopkins University.

The COVID-19 outbreak has badly affected the US economy while undermining his presidential campaign for a second four-year term.

On Tuesday, Trump said he wants to conduct “serious investigations” into China’s handling of the pandemic.

“We’re doing very serious investigations … We are not happy with China,” Trump said. “There are a lot of ways you can hold them accountable.”

The US president temporarily suspended funding for the World Health Organization (WHO) earlier this month over its handling of the coronavirus pandemic.

Trump said the WHO “failed in its basic duty and it must be held accountable”, and it had promoted China’s “disinformation” about the virus that likely led to a wider outbreak.

Geng reiterated during Thursday’s briefing that China was a victim of the epidemic and not its accomplice, adding attempts by “certain politicians” to shift the blame away from their poor handling of the outbreak to Beijing would only “expose the problems of the US itself”.

“The US should know this: the enemy is the virus, not China,” he said. 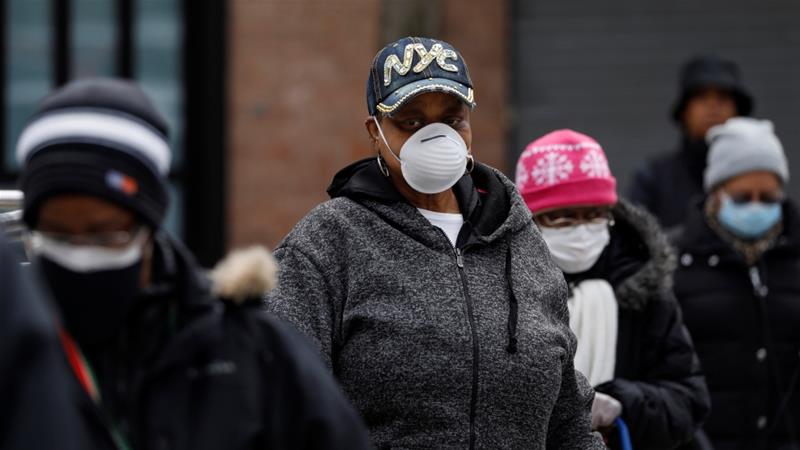 Why are black Americans hardest hit by the coronavirus?