Turkey was officially recognised as a candidate for membership of the European Union in 1999, with negotiations beginning in 2005. But since 2016, negotiations have stalled, with accusations of human rights violations against Turkey and the implementation of laws that went against EU directives playing a role.

In 2018, France’s Emmanuel Macron said it was time to stop pretending that Turkey had any chance of joining the EU anymore.

And in 2020, the EU Commission said the bid for membership was evaporating, citing “excessively” centralised presidential power for deteriorating conditions in freedom of speech, prisons and the central bank.

A statement from the Commission said: “The EU’s serious concerns on continued negative developments in the rule of law, fundamental rights and the judiciary have not been credibly addressed by Turkey.

“Turkey’s accession negotiations have effectively come to a standstill.” 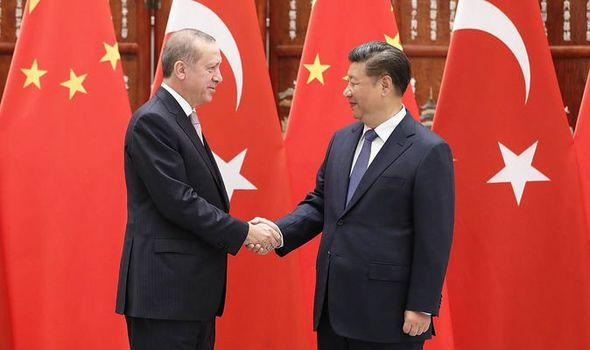 Now, it appears Turkey is beginning to face away from the EU and focus on building ties in the East, a sign the nation might be ready to give up its bid to join the bloc.

In Shusha, a city retaken by Azerbaijan in the conflict, the Turkish leader promoted a plan to build a rail link from south-western Azerbaijan to its exclave, the Nakhchivan Autonomous Republic, which has been cut off by Armenia since the 1990s.

Mr Erdogan said: “With the implementation of this project, a new middle corridor will be opened that everyone can benefit from, from East to West.” 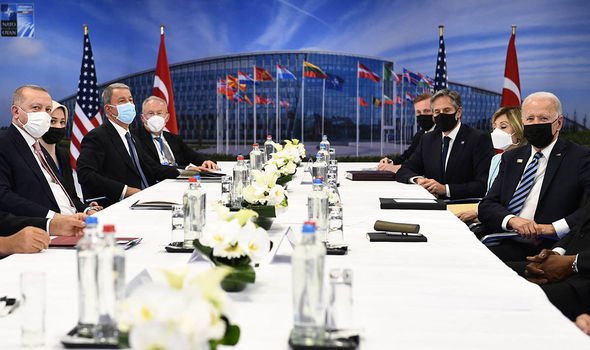 Mr Erdogan’s comment suggests it may also serve as a starting point to revive Turkey’s proposed Middle Corridor leg of China’s Belt and Road Initiative, which aims to revive the Silk Roads.

The proposed new railway would boost the economy of Nakhchivan and provide Turkey with a direct connection to the Caspian Basin that, according to some Turkish analysts, could also be used by China.

There are also signs of China beginning to show more willingness to cooperate in the region. 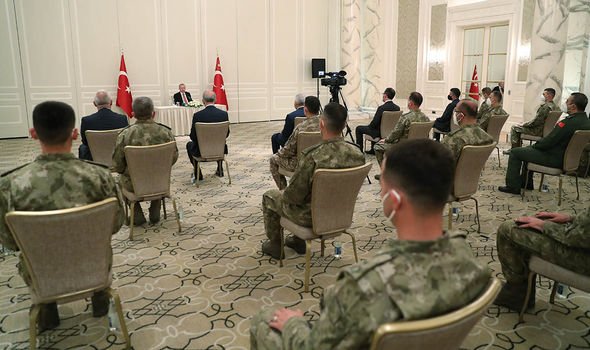 Now China looks set to become a major investor in the financially troubled Yavuz Sultan Selim Bridge and its connecting roads, and has offered to invest billions in the proposed Istanbul canal.

This has been particularly noted, as Turkey has a strong ethnic affinity to the Uyghur Muslims in the region.

And it appears to have paid off – just weeks after Turkey approved a new extradition treaty with China in May 2019, Beijing provided a $1billion cash infusion, its largest ever. 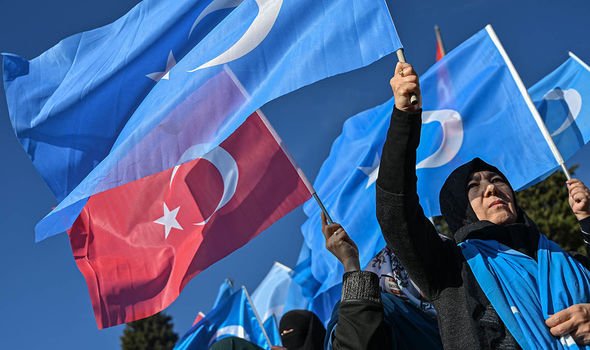 And last week, Mr Erdogan told reporters in Istanbul on June 13 that his country had signed a new $3.6-billion swap agreement with China, increasing the limit on their existing currency arrangement to $6billion.

Turkey was also one of the first countries to validate the Chinese coronavirus vaccine, receiving an initial 6.5 million doses.

The nation also refused to bow to US pressure to ban Huawei from its telecommunications programme.