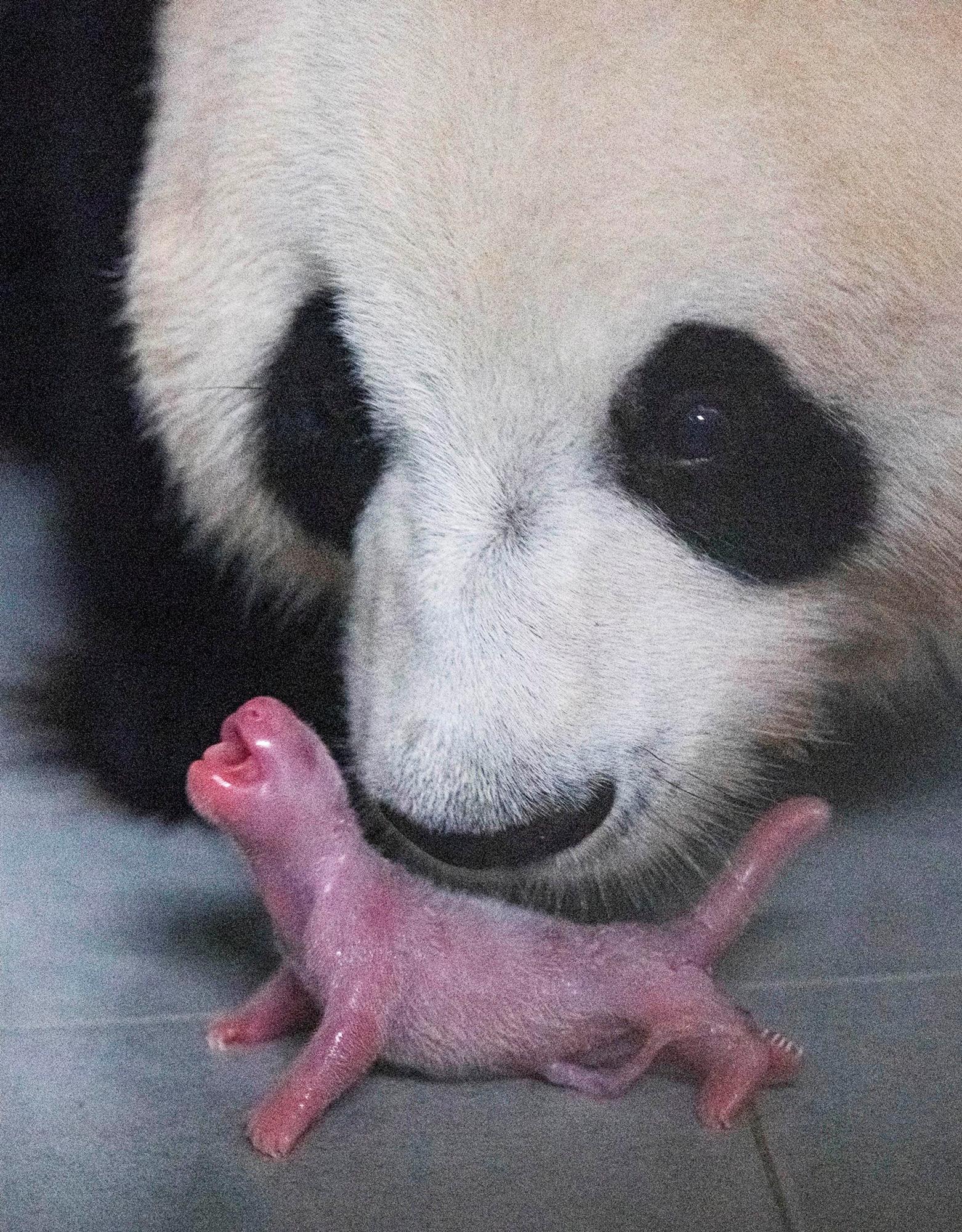 (Reuters) – A Chinese giant panda at South Korea’s Everland amusement park has given birth to a cub, the zoo said on Wednesday, the first baby panda born in the country and a rare event for an endangered species.

The panda couple’s first cub was confirmed to be a female measuring 16.5 cm (6.5 inches) and weighing 197 grams (7 oz), the zoo said, adding that both baby and mother pandas appear healthy.

In footage released by Everland, Ai Bao was seen crawling along the ground before giving birth and licking the wriggling cub.

The zoo made a special shelter for the baby panda, who will make her public debut in about five or six months’ time, once she can walk and eat bamboo. Before that both she and her mother will stay behind the scenes for health reasons.

Giant pandas are one of the world’s most endangered species. Female pandas are able to conceive only once a year for one to three days in March to April, which makes reproduction difficult, the zoo said in a statement.

The pair arrived in South Korea from Sichuan Province of China on a 15-year loan in 2016, as agreed by the two countries during a summit in 2014.

China has been sending its black and white ambassadors abroad in a sign of goodwill since the 1950s as part of what is known as ‘panda diplomacy’.

The pandas are the first to arrive in South Korea from China since 1994. The cub is expected to return to China in three or four years’ time, the zoo said.