Christchurch mosque gunman Brenton Tarrant wanted to kill as many people as he could and had planned to attack a third mosque, a court was told as his sentencing hearing began.

The mass murderer appeared at the High Court in the New Zealand city on Monday, amid heightened security, armed police, barriers and road blocks.

Tarrant, a 29-year-old Australian, has admitted killing 51 people after opening fire on men, women and children at two mosques in the city on 15 March last year.

He has also pleaded guilty to the attempted murder of a further 40 worshippers, and a charge of terrorism. The court has heard that after attacking the two mosques in Christchurch, he had been driving to Ashburton, planning a similar attack, when he was stopped by police.

In a police interview after the attacks, where Tarrant admitted “going into both mosques to kill as many people as he could”.

Crown Prosecutor Barnaby Hawes said the white supremacist had also planned to burn the mosques to the ground and said he “wished he had done so”.

Tarrant “refers to his actions as terror attacks, saying they were motivated by his ideological beliefs and he intended to instil fear into those he described as ‘invaders’ including the Muslim population or more generally non-European immigrants”, the court was told. 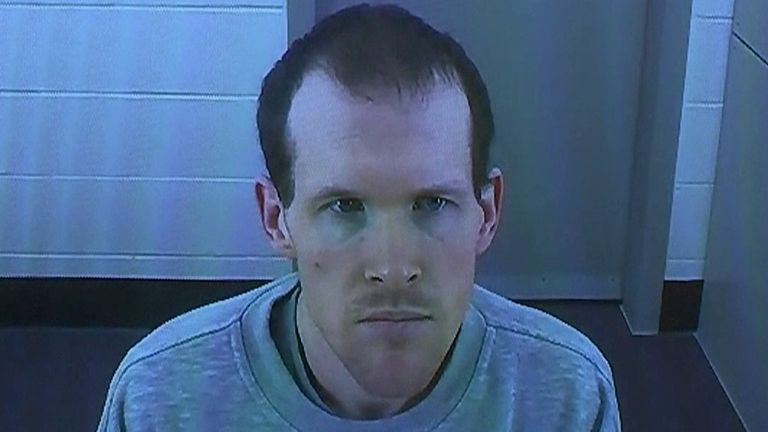 Tarrant was handcuffed and flanked by armed guards as he was led in to court. His handcuffs were taken off at the beginning of the hearing.

Some of the survivors broke down in tears as they recalled the attacks and other spoke directly to their attacker.

“We are peaceful and your hatred is unnecessary. You have brought the community closer together with your evil actions.”

He told the court he didn’t want to talk about what he saw that day and still lives with the nightmare.

Khaled Alnobani, a worshipper who escaped the gunman at Al Noor Mosque, told Tarrant: “My heart is broken, but we are not broken. You did that. Thank you for that.”

The court heard how Tarrant began planning his attacks in September 2017, when he first obtained a firearms license and began stockpiling weapons and ammunition.

He took drone vision, researched floorplans of the mosques, and noted specific detail around prayer times and important days in the Islamic calendar.

Mr Hawes told the court that, on the morning of the attack, Tarrant had driven to Christchurch from Dunedin with six firearms, a large amount of ammunition pre-loaded into magazines and four modified petrol containers.

At 1.31pm that day, he sent messages to his family outlining his intentions and instructions on how to deal with media and police following the attack. One minute later he activated the go-pro camera on his vest which began recording and sending a live feed to the internet via Facebook.

As four worshippers walked in to Al Noor Mosque, Tarrant was behind them. He raised his gun and fired nine times in quick succession. All four were hit. Hussein Moustafa, partially protected by the others, crawled screaming along the hallway towards a side room in an attempt to get away.

Tarrant walked in, raised his rifle and fired three shots into Mr Moustafa’s back and head. He continued to shoot at worshippers as they fled, and reloaded his weapons.

As Tarrant moved through the mosque he checked victims to ensure they had been killed, shooting at those who were wounded or still moving.

“He fired methodically into the bodies and heads of anyone still showing signs of life,” Mr Hawes told the court.

Forty-four people died from their injuries, a further 35 others were shot and wounded.

Tarrant then drove at high speed, sometimes on the wrong side of the road, towards the Linwood Islamic Centre, where his rampage continued.

He shot at a group of people standing by a car. One was hit in the head and dropped to the ground. He then killed two more people and shot at silhouettes through a window in the mosque. Tarrant entered the mosque’s main prayer room, spraying bullets. Three more people were shot dead. As he ran back to his car for more ammunition, he was chased down the driveway by Abdul Aziz Wahabazadah who carried a rifle the killer had dropped. He threw it at his car shattering a glass panel on his car.

Seven people died from gunshot wounds, with five others shot and injured.

Tarrant was on his way to a third scene in Ashburton, around an hour’s drive away, but was stopped by police who rammed his car and arrested him, without resistance.

His crimes carry a mandatory sentence of life in prison, but the high court judge, Justice Cameron Mander, can sentence him to life in prison without parole, a penalty never before used in New Zealand.

The hearing is expected to run for four days.