The two-minute video features a 36-year-old Latina CIA agent who tells viewers she used to suffer from “imposter syndrome” but has now embraced herself “unapologetically” and refuses to internalise “misguided patriarchal ideas of what a woman can or should be”.

The unnamed agent says: “I am a woman of colour, I am a mom, I am a cisgender millennial who’s been diagnosed with generalised anxiety disorder. I am intersectional, but my existence is not a box-checking exercise.

“I did not sneak into the CIA. My employment was not and is not of a fluke or a slip through the cracks. I am educated, qualified and competent.”

Former CIA officer Bryan Dean Wright took issue with the video, tweeting: “The CIA used to be about mission to country. (I speak from experience). Now it’s now about demanding — and getting — accommodation to fix an emotional wound or advance a personal agenda. America is less safe with this new CIA, and dangerously more political.” 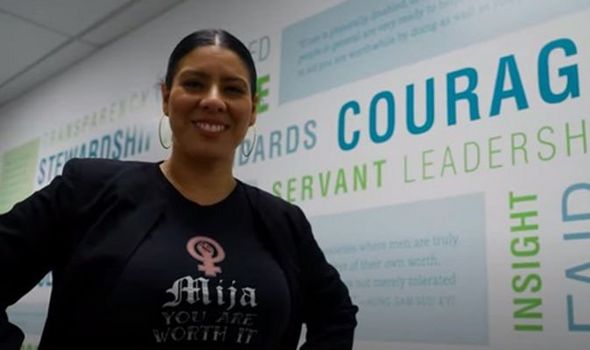 The View co-host Meghan McCain said: “This CIA recruitment video is a joke and truly embarrassing for our entire country. China, Russia and our enemies are laughing at us.”

Glenn Greenwald, who was awarded a Pulitzer for his reporting about government surveillance programs, said: “Lots of people who pay no attention to the CIA and the security state seem to think this CIA video is the first time they’ve promoted, endorsed and embraced woke ideology…They’ve been doing it for years.”

The video has also been blasted by many saying it is promoting diversity in a bid to escape its controversial past. One person said: “Next time when I’m getting tortured at a CIA blacksite, at least I know it’s by a diverse crew.”

Another said: “From me, unapologetically, you should apologise for Gladio and everything in South America. Actually, what has the CIA truly accomplished that isn’t monstrous?”