The chairman of the Democratic Republic of Congo’s state mining company was ousted on Friday after longtime allegations that billions of dollars in revenue had gone missing, a move officials said was intended to fight corruption as the country becomes increasingly important in the global clean energy revolution.

Albert Yuma Mulimbi, the chairman of the company since 2010, was replaced by President Felix Tshisekedi of Congo just days after The New York Times published an article revealing new allegations against Mr. Yuma.

The government agency, known as Gécamines, controls production of metals such as cobalt and copper, crucial metals in the push to expand electric vehicles and other renewables. Without his chairmanship, Mr. Yuma will no longer have a significant role in partnering with international companies over major mining deals.

“It is hard to underestimate the important of this development — it is a significant step in the fight against corruption in Congo,” said J. Peter Pham, who until January served as a senior Central Africa official with the U.S. State Department. “Albert Yuma and the mining sector stand at the nexus of natural resources, political and economic power in the country.”

At least for now, Mr. Yuma will retain his role supervising the reform of small-scale and informal mining in Congo, one industry executive said. His plans include buying cobalt from the informal miners, also known as artisanal miners, and regulating pricing. Cobalt produced by artisanal mining, as opposed to industrial operations, makes up about 30 percent of the nation’s output.

He has also announced plans to increase safety at these sites. Child labor and frequent injuries and deaths associated with such mining have drawn international attention, driven away new U.S. investors and even made some automakers reluctant to buy cobalt from Congo. 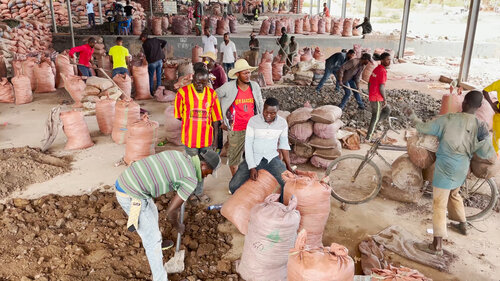 On most days, hundreds of men trudge into this mine in the Democratic Republic of Congo wearing plastic headlamps and hoisting shovels in search of treasure underground: cobalt. 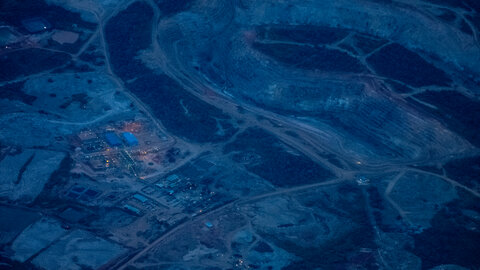 This pockmarked canyon was once a thriving village, until someone turned up a chunk of cobalt while doing construction around his home. It set off a frenzy for the metal, used in cellphones and electric vehicle batteries.

The price of cobalt has skyrocketed in recent years, and the impact is clear in the cobalt-rich area near Kasulo. Trucks driving vats of chemicals rumble onto giant mines that produce hundreds of thousands of tons of ore.

But regular people, and sometimes children, also grab a pickax and start digging. They’re known as artisanal miners, as opposed to industrial miners. 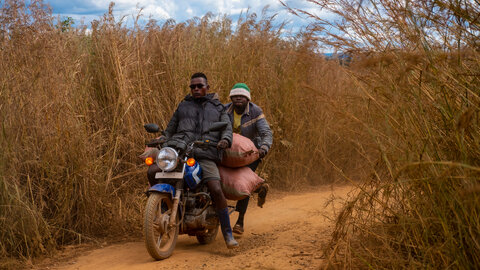 Artisanal work can be dangerous, especially when deep tunnels collapse. Some people trespass on massive industrial mines, stealing the rocks they uncover and selling them at makeshift depots to international traders. 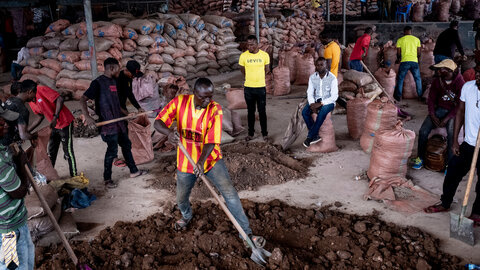 The government of Congo is trying to clean up artisanal mining, formalizing mine sites with better safety rules and protections for workers. Some automakers and other corporations have also made safety pledges. 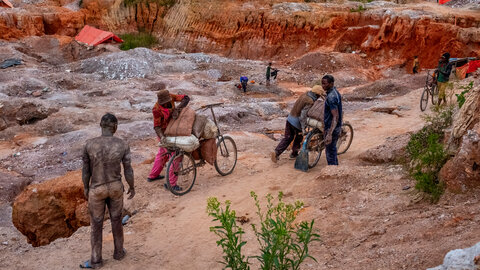 For now, artisanal mining remains a huge part of the industry. As much as 30 percent of Congo’s cobalt production comes from artisanal mining. And it’s unclear whether Congo’s plans for reform will turn into reality. 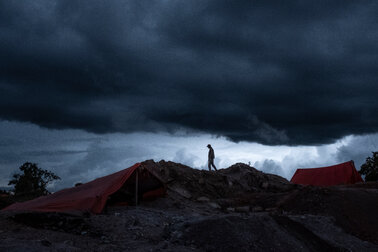 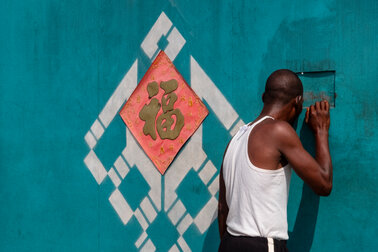