Around 50 dead bodies have been found stored on ice in trucks rented by a US funeral director overwhelmed during the coronavirus pandemic.

The corpses were discovered by police in New York City when passers-by complained about the smell and leaks.

Officers said the Andrew T Cleckley funeral home in Brooklyn had “failed to control the odours” but brought no criminal charges. 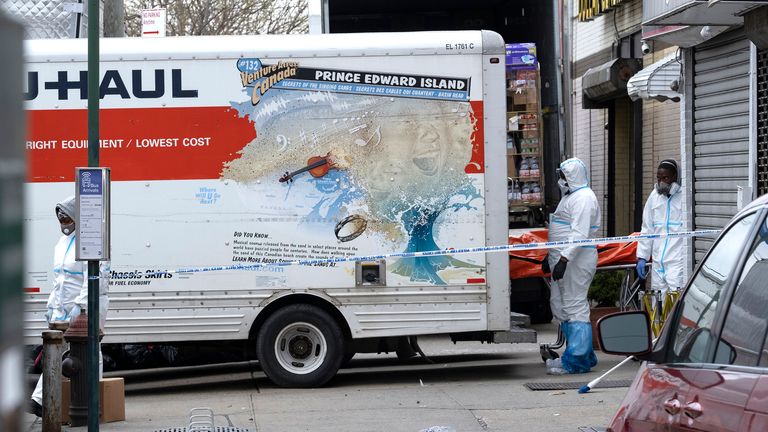 A larger refrigerated truck was ordered by the business later the same day and all the bodies were transferred into it by workers in protective gear, an official said.

He told the Daily News: “While this situation is under investigation, we should not have what we have right now, with trucks lining the streets filled with bodies.

“It was people who walked by who saw some leakage and detected an odour coming from a truck.”

Crematoriums have been struggling to cope with the number of dead from COVID-19, leaving funeral firms overwhelmed.

The United States is the worst country hit by the virus outbreak so far, with deaths rising above 60,0000 on Thursday.

Many of those have been within New York, which has seen at least 18,000 people die since late March.