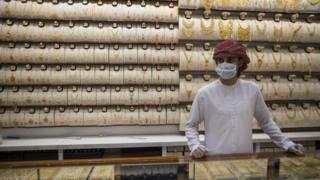 Countries in the Gulf region – Iran and the six Gulf Arab states – will emerge “weaker, poorer and damaged” from the coronavirus pandemic, according to the UAE’s Minister of State, Dr Anwar Gargash. Speaking to the BBC from Abu Dhabi, he said the answer was for the whole region to try to de-escalate its tensions.

The United Arab Emirates (UAE), one of the wealthiest countries in the world, made early preparations for the onset of the pandemic, buying in testing kits and setting up production lines for face masks.

Out of a total population of nine million, it has so far registered 23,358 cases and 220 deaths.

Iran, just across the waters of the Gulf, has been the worst-hit country in the region with over 122,000 cases registered and more than 7,000 deaths. The UAE has sent medical aid to Iran, as well as to the UK.

“We knew back in January this was coming our way, that it was not going to stay in China, so we moved very quickly to prepare for it,” says Dr Gargash.

As far back as late January, he says, the UAE’s national security advisor warned that the coming pandemic was going to completely overshadow concerns about the ongoing war in Yemen, where the UAE deployed forces against the Iran-aligned Houthi rebels for years before scaling back its involvement.

With the virus being a common enemy for everyone, Dr Gargash said he was hopeful it could lead to a de-escalation of some of the regional disputes and tensions that have dogged the region.

Yemen, for example, has experienced more than five years of civil war that has dragged in outside countries and shattered that country’s already fragile healthcare system. 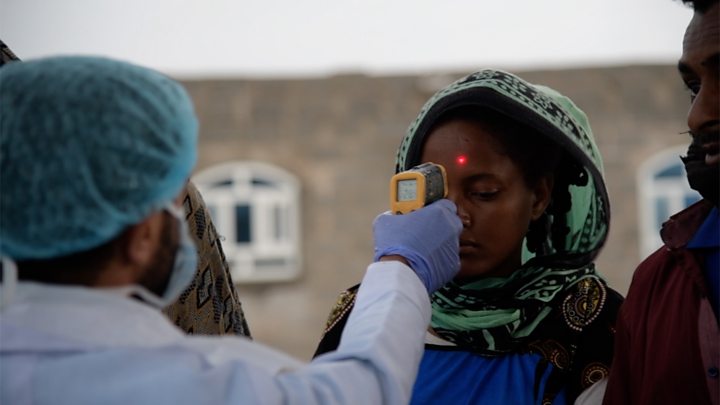 The UAE, like all its Gulf Arab neighbours, has a large, fluid population of expatriate workers mainly from poorer countries in South Asia.

Many live in crowded conditions or shared rooms and one area of Dubai, the UAE’s second city, initially showed such a high level of infections it had to be temporarily cordoned off and sanitised before being reopened.

Wearing a mask everywhere in public is mandatory.

“You just get used to it,” says James, a Briton living in Dubai. “It makes us feel a lot safer and there’s tonnes of testing going on. The secret police are everywhere [so people are complying].”

Between 30-40,000 tests are now being carried out each day using a nasal swab and there are still around 700 new infections registered daily.

The UAE is also working on a pioneering stem cell therapy, so far tested on 73 patients, that Dr Gargash says has shown some encouraging results.

“We had a patient in ICU [intensive care unit] in a coma,” he said. “After the treatment they recovered.”

Dr Gargash believes the pandemic will lead to greater investment in healthcare technology – including Artifical Intelligence – but also to austerity.

“The biggest challenge is going to be an economic one. We have had the double-hit of the pandemic and falling oil prices.”

Governments in the region, he says, will be judged on how they manage the coming austerity measures.