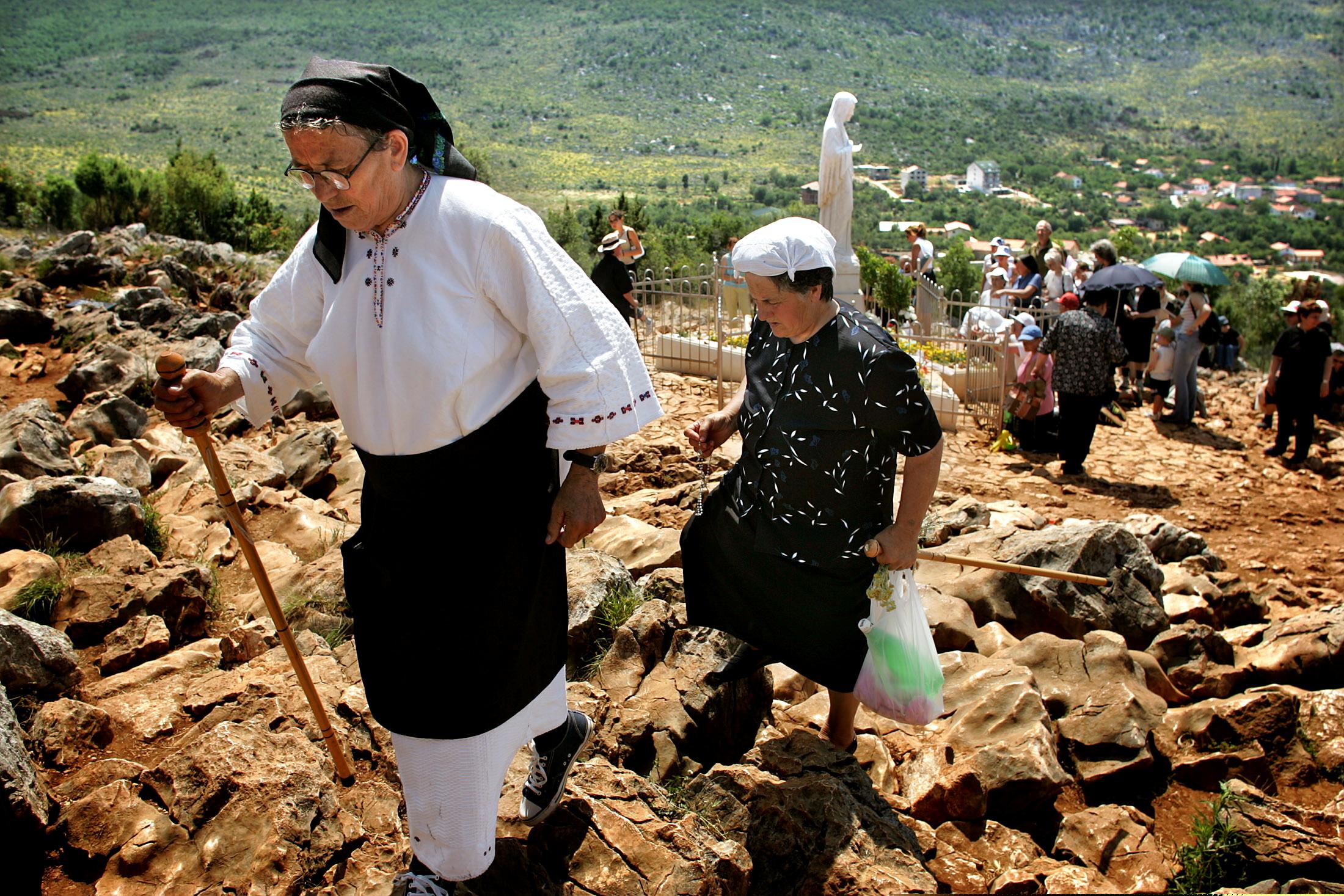 MEDJUGORJE, Bosnia (Reuters) – Any other summer over the past four decades, more than 100,000 pilgrims would have packed into the southern Bosnian village of Medjugorje to mark the day when a group of teenagers said they started seeing visions of the Virgin Mary.

But on Thursday, after coronavirus restrictions shut borders and blocked foreign visitors, just a few hundred gathered to say prayers in front of St James church, most of them Catholics from the surrounding area.

Of those, just a few dozen, some barefoot and mumbling prayers, braved the heat to climb a hill to the spot where the visitations were first reported in June 1981.

“This has not happened ever before. Not even when the police chased believers during the communist times, not even during the war in the 1990s,” said Davor Pehar from the nearby town of Citluk who has been visiting for years.

The remote village near the border with Croatia has become a major pilgrimage site, even though the Vatican has not authenticated the apparitions and Pope Francis has raised his own doubts.

Restaurants and hotels have brought in vital revenue, though this year most of them closed in mid-March during the lockdown.

Some souvenir shops and cafes opened on Thursday – recognised as the 39th anniversary of the first visitations – but most owners said they will shut them again on Friday.

“This is the first and it seems the last day of the season,” said Bozo Vlaho, a co-owner of the Vlaho restaurant.

Some of the teenagers, now adults, say they still experience apparitions regularly, and that the Madonna tells them ahead of time when she will appear.