As if timed with the weather gods, Moscow eased lockdown on Tuesday just in time for a major heatwave.

It was earlier than the mayor, Sergei Sobyanin, had said it would be.

He has erred on the side of caution throughout Russia’s COVID-19 crisis, as President Vladimir Putin displays increasing impatience both with the virus’s longevity and with its impact on his approval ratings.

So this week was a golden opportunity for the president.

Fill Muscovites with the joys of summer after their grey and rain-soaked lockdown.

Boost their morale with bank holidays.

Let the patriotism and pageantry first of Russia Day and then, the re-scheduled Victory Day parade the week after next, lift their spirits ahead of that all important poll.

Because Mr Putin has his eye on one prize: the vote on amendments to the constitution which he has tabled for the last week in June.

On the streets and online, posters, ads and banners tell of the many improvements to healthcare, education, and pension reform that will come Russians’ way if they just vote yes to that package of amendments. 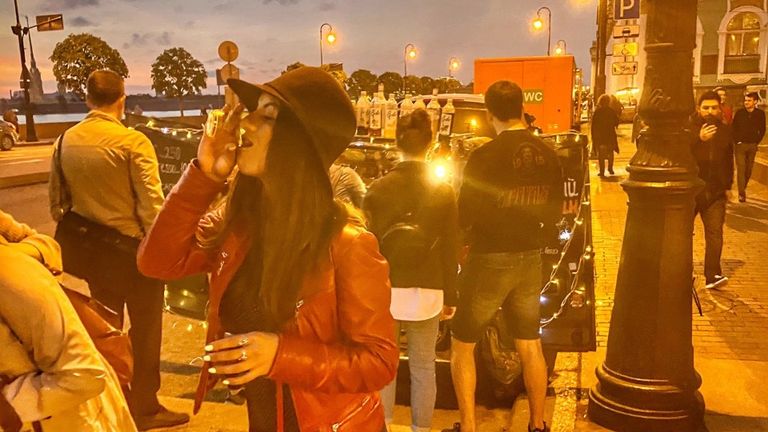 It begs the question – why the constitution needs to be changed in order to push through some much-needed reforms.

The ‘why’ lies in the small print.

In fact, some Russians might be forgiven for not having known why because initially it wasn’t even included on the official website about the constitutional changes.

It’s the one which would mean the presidential term clock can be zeroed. That would enable Mr Putin to stay in power past 2024 when his second consecutive term in office – and 24th year in power – expires.

And incidentally, the vote on the amendments is either a yes or a no. No cherry-picking which amendments make sense to you and which don’t – it’s an all or nothing affair. 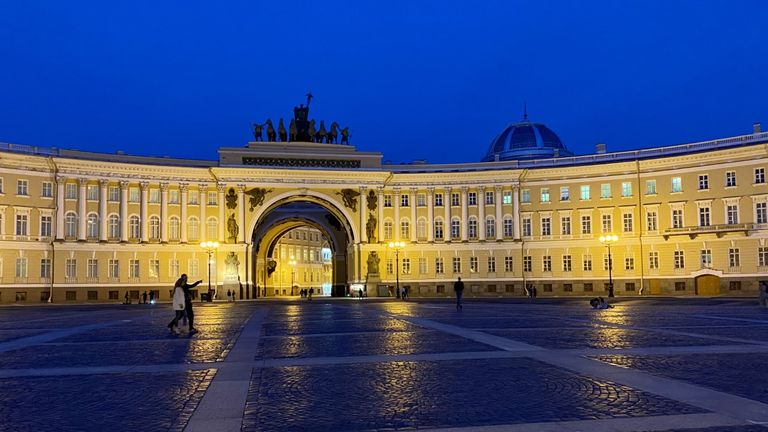 In St Petersburg, the self-isolation regime is not due to end until Monday. You can’t tell.

The famous Field of Mars is packed, bicycles strewn beneath the lilac trees.

The governor asked residents to watch the evening concert to celebrate Russia Day from home but it’s hard to imagine people being home to watch. The bars and restaurants are shut but the streets are full.

So are the hospitals.

The scale of the COVID-19 crisis in St Petersburg has been smaller than Moscow, but it was also less well-organised.

Bed capacity was not scaled up to the same extent, and medics – some of whom now face prosecution for speaking out – have consistently complained of inadequate PPE, while long ambulance queues still form outside the hospitals.

At the end of April, Irina Maslova hung nine portraits of medics who had died from COVID-19 on the walls of a construction site next to the city’s health committee building. Now there are 39 portraits. 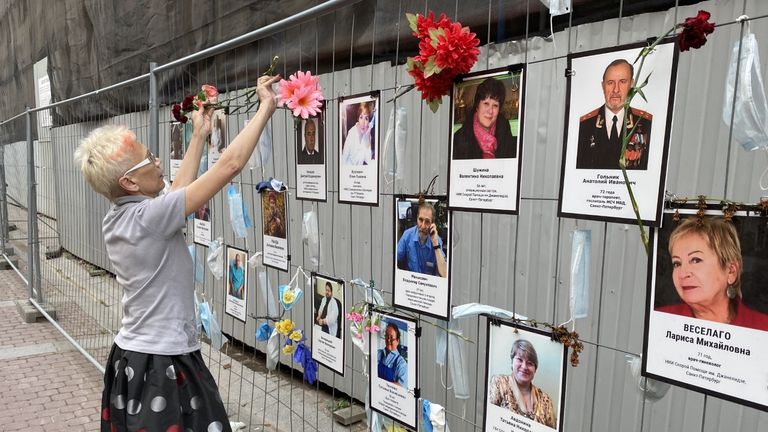 She said: “Every day I open the memory list or get the names sent in personal messages, which say ‘Ira, we have one more who died’. And this story keeps breaking my heart.”

She thinks none of the conditions for easing restrictions have been met.

“There are three factors based on which they start lifting quarantine.

“First, when half of the beds in your hospital are empty. Second, when the number of discharged patients is bigger than the number of those taken in. Third, when every person has the possibility to take a test and it’s free of charge.

“We are not even close to meeting them.” 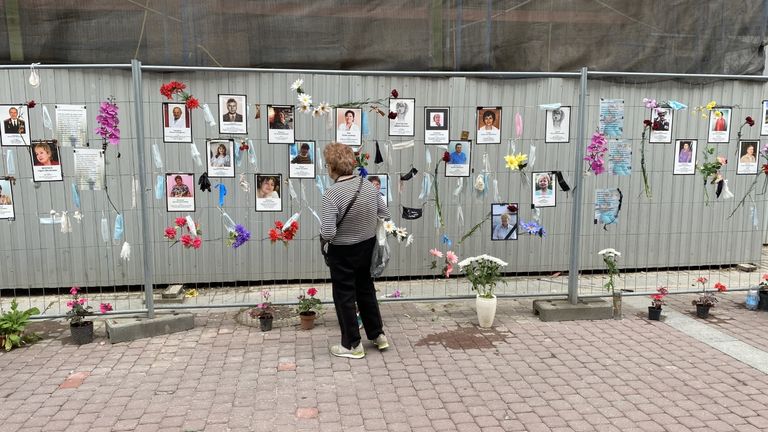 “There aren’t that many COVID patients in St Petersburg but there are many cases, and they’re mentioned in the official data of COVID-like pneumonias, which in most cases are caused by the COVID infection.

“There are a lot of people with viral pneumonia but they just don’t have a positive test.”

In mid-May, governor of St Petersburg Alexander Beglov said almost 700 people had died of pneumonia in the city since the coronavirus outbreak began – almost 10 times the official death figure at the time.

At the end of May, Russia’s health ministry quietly changed the regulations for counting coronavirus deaths. 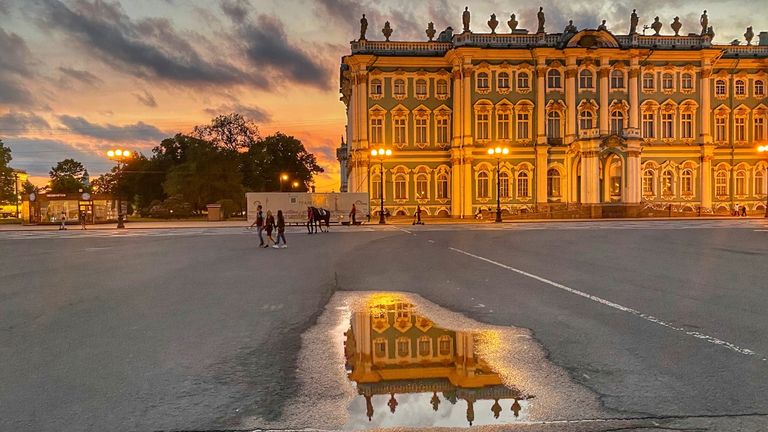 Now, cases where COVID-19 is not the main cause of death are also included.

As Muscovites frolicked in the sunshine, it fell this week to Moscow’s mayor Sergei Sobyanin to admit that the city’s number of deaths for May, based on those new regulations, was in fact 5,260.