JISR AL-SHUGHOUR, Syria (Reuters) – At a quarantine centre in war-torn northern Syria, doctors near the Turkish frontier are providing a first line of defence to prevent the new coronavirus from spreading to one of the world’s most vulnerable populations. 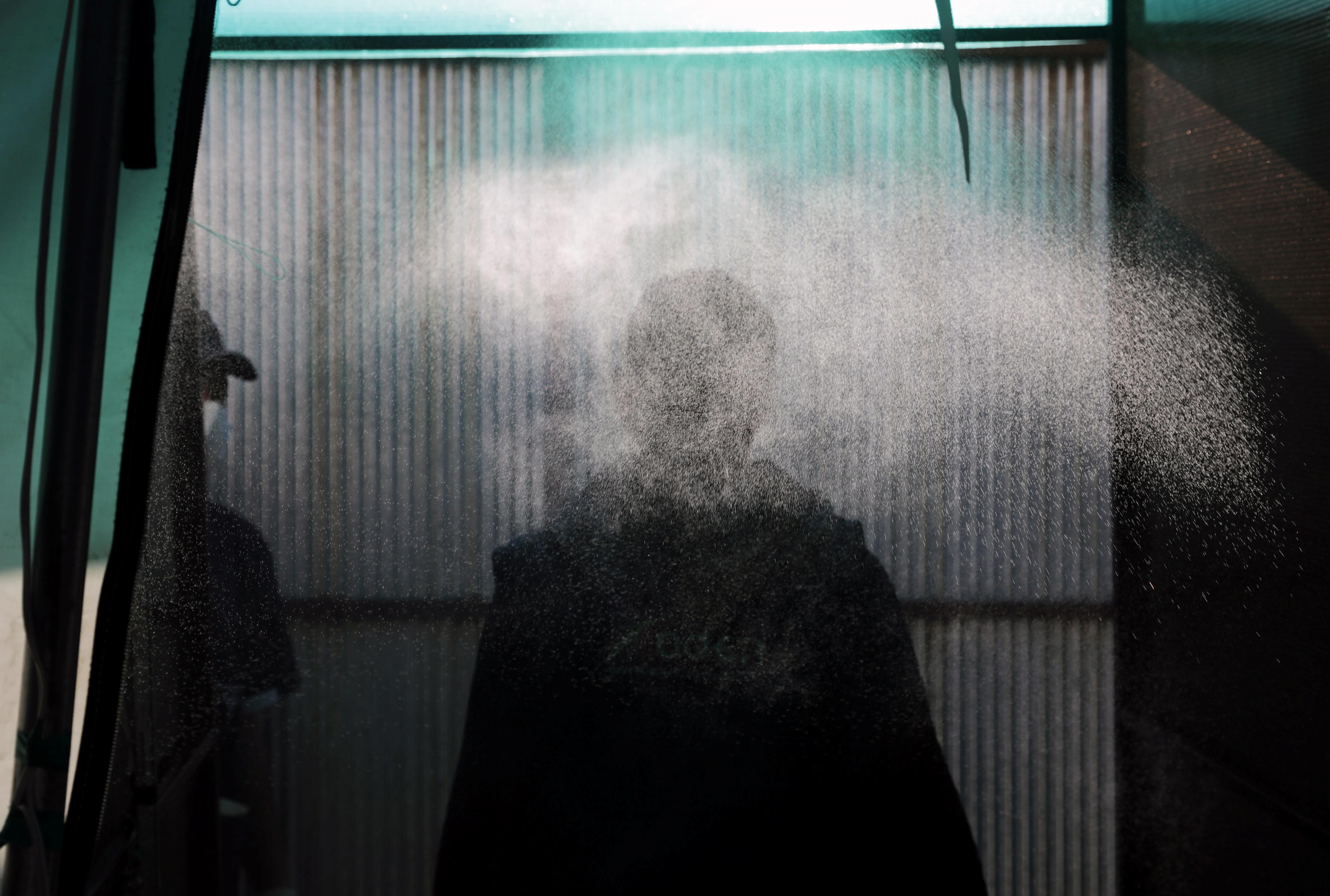 The centre was set up last month in the countryside of Jisr al Shughour, part of the last major pocket of the country still in rebel hands after nine years of war, where nearly a million people were driven from their homes this year.

The area has yet to record its first confirmed case of the coronavirus. But tests are scarce, medical infrastructure has crumbled, and doctors fear any outbreak in the overflowing camps for the displaced would lead to a humanitarian disaster.

The quarantine centre makes it possible for Syrians to return safely to the area from neighbouring Turkey, where more than 3,000 people have died of the virus so far.

“No one likes to be quarantined, but when you look at it as a way to save the lives of 4 million people, of course it is excellent for us,” said Omar Al-Khaled, 27, who arrived at the centre this week from Turkey.

Fouad Moussa, the centre’s 33-year-old director, said people coming from Turkey are taken by private car across the border and directly to the facility, where they enter a sterilisation room before being given a mattress and pillow.

During a visit by journalists, men under quarantine wearing medical masks were mostly playing video games on their phones on beds in a large dormitory room.

“The number of people arriving is increasing everyday. Each day we receive new groups, so we are requesting any support in order to set up other centres because of the growing numbers and tightness of the place,” said Moussa.

The centre has brought some peace of mind to nervous families in northern Syria welcoming back relatives from Turkey, said Khaled.

“Personally, I was surprised by the capabilities of the centre. The place is sterilized four times a day, and they give us food to break our (Ramadan) fast…and masks and medical gloves are distributed on a daily basis,” said Khaled.