South Korea has been forced to close hundreds of schools, museums and art galleries due to a fresh spike in coronavirus cases as the country emerges from lockdown.

The past three days have seen 177 new COVID-19 cases reported, threatening to undo many of the gains made in a nation considered to be among the world’s few success stories during the pandemic.

A total of 58 new coronavirus cases were reported on Friday, all in the densely populated Seoul metropolitan area.

That followed the country’s biggest jump in coronavirus cases in more than 50 days on Thursday, when it was reported 79 more people had become infected.

Officials are scrambling to stem transmissions linked to a huge e-commerce warehouse near the capital.

Nationwide restrictions had been lifted on 6 May, but the government has responded to the general increase by shutting public facilities such as parks, museums and state-run theatres in the metropolitan area over the next two weeks to slow the spread. 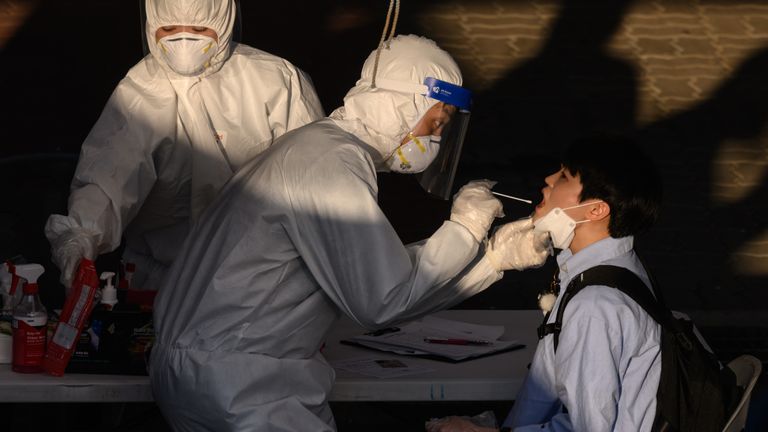 More than 250 schools that had recently reopened were ordered to close again, while officials also advised computer gaming lounges around the capital to shut during the period or enforce anti-virus measures.

“The two weeks from now will be crucial in containing infections,” said Health Minister Park Neung-hoo.

He called for residents in the metropolitan area to avoid unnecessary gatherings and urged companies to keep sick employees off work.

The new figures announced by the Korea Centers for Disease Control and Prevention brought national totals to 11,402 infections and 269 deaths.

Prime Minister Chung Sye-kyun asked officials to examine working conditions at warehouses of online shopping companies, which have seen orders surge during the pandemic, and other congested workplaces where infection risks may be high.