Children under the age of 10 in Switzerland have been told they can now hug their grandparents as the country begins to ease coronavirus lockdown measures.

He said many grandparents “live to see their grandchildren, it’s important for their wellbeing”. 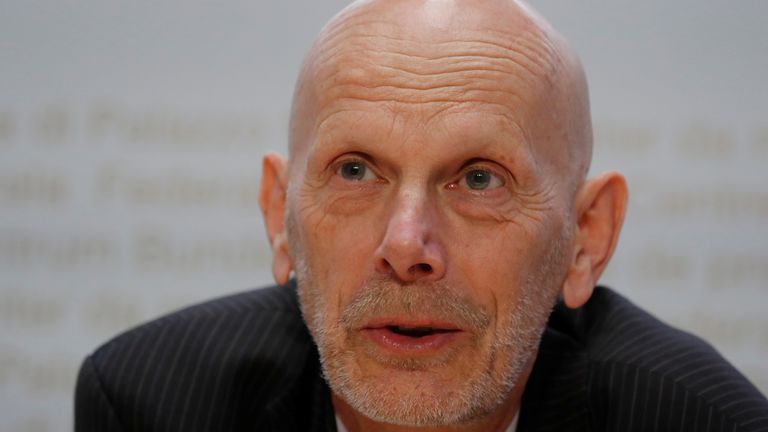 However, he said this does not mean family gatherings are now allowed – and emphasised only children under 10 should be permitted contact, not older children or teenagers.

“We are talking about brief contact with grandchildren, not get-togethers with the entire family, babysitting, or spending time with the kids outside the home”, he said.

Switzerland is one of a handful of European countries starting to ease lockdowns, with garden centres and hairdressers now allowed to open their doors, while shops and schools will reopen in a fortnight.

Dr Koch said the initial advice against “mixing of the generations” was issued when Swiss scientists were still learning about how coronavirus was transmitted.

The new advice came after consultation with experts at Universities in Zurich, Bern and Geneva, Swiss broadcaster SRF reported.

However, not all experts agreed with the government’s conclusion.

Germany’s chief virologist Christian Drosten said there was insufficient data to conclusively say young children could not transmit the virus.

He said several studies have come to different conclusions on whether children contracted the virus and how they might pass it on.

In the UK, people are still being told to maintain social distancing with grandparents due to the elderly being more susceptible to the disease.

There have also been questions in the UK over whether children are becoming ill with a serious new syndrome possibly linked to COVID-19.

Health secretary Matt Hancock said on Tuesday “it is something that we’re worried about” after GPs were warned about an increasing number of children arriving in hospitals with high fevers and swollen arteries.