Australia has reported a record daily number of new COVID-19 cases, as police blocked transport into Sydney to prevent a planned anti-lockdown protest.

Officials reported 886 cases in New South Wales and Victoria, with the majority of cases in Sydney – the epicentre of the Delta variant breakout.

A number of other states and territories in Australia are still to report daily COVID-19 numbers but new infections have exceeded the previous single-day high for the pandemic, which was 753 on Thursday. Sydney has been placed under a strict lockdown for several weeks but cases continue to rise and spread across internal borders and into neighbouring New Zealand – whose prime minister imposed a nationwide lockdown after one positive case.

On 29 July, hundreds of military personnel were called up to help enforce a lockdown in Australia’s biggest city.

Sydney has remained under stay-at-home orders since late June, with protestors marching last month against the continuing measure.

“There is not time now to be selfish, it’s time to think of the broader community and your families,” he said. 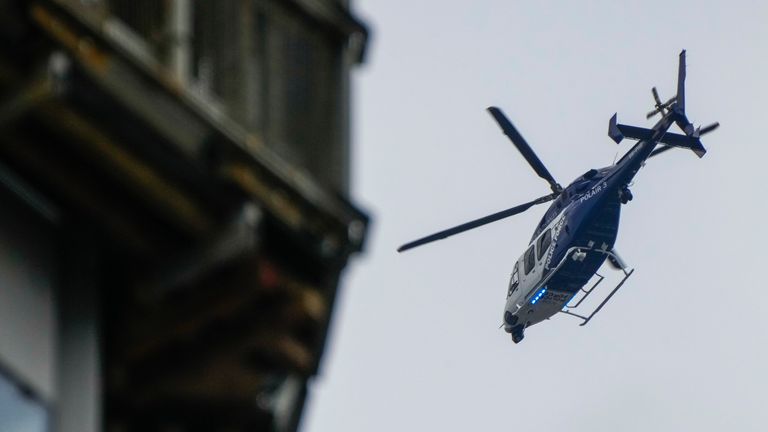 Of those hospitalised, 85 are in intensive care with the majority – 75 – unvaccinated, according to officials.

More than 1,500 police officers were deployed in Sydney on Saturday, with trains ordered to bypass major stations and rideshares were banned in the city centre as police tried to prevent an unauthorised anti-lockdown protest.

Similar protests were planned in Melbourne after Victoria premier Daniel Andrews expanding lockdown to the entire state after 61 new cases.

Australia’s COVID-19 numbers are still relatively low compared with other developed countries, with just over 43,000 cases and 978 deaths recorded since the start of the pandemic.