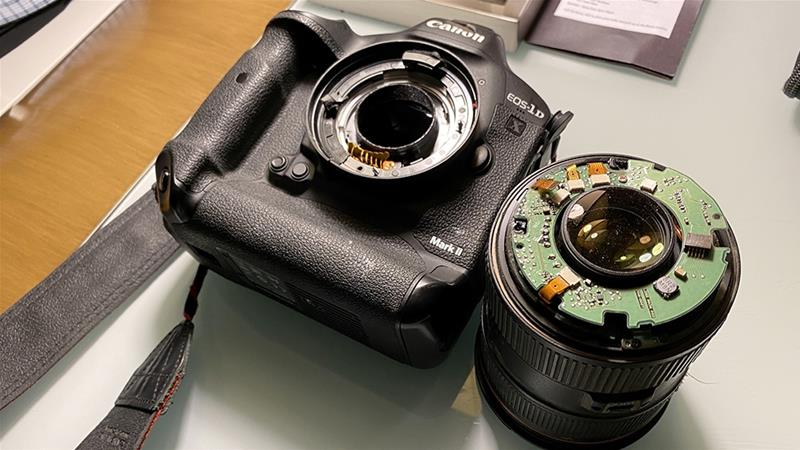 A media watchdog has called on US authorities to stop targeting journalists covering protests over the death of an unarmed Black man in police custody and exempt them from curfew restrictions.

In a statement published on Tuesday, the US-based Committee to Protect Journalists (CPJ) said that since May 29, at least 125 press freedom violations had been reported nationwide by journalists covering the demonstrations over the death of George Floyd, who died a week ago after a white police officer pinned his neck under his knee for nearly nine minutes.

“We are horrified by the continued use of harsh and sometimes violent actions of police against journalists doing their jobs. These are direct violations of press freedom, a fundamental Constitutional value of the United States,” said CPJ Program Director Carlos Martinez de la Serna in New York.

“We call on local and state officials to explicitly exempt the news media from curfew regulations so that journalists are able to report freely.”

Police have hit dozens of journalists with tear gas, pepper spray, or rubber bullets and arrested 20 even as they displayed their press credentials, CPJ wrote.

On May 29, the statement said, quoting the Reno Gazette Journal, that two photojournalists, Ellen Schmidt, who works for the Las Vegas Review-Journal, and freelancer Bridget Bennett in Las Vegas, Nevada, had been arrested while working and charged with the misdemeanour of “failure to disperse,” before being released the next day.

The statement also said a journalist for Minnesota Public Radio had a gun pointed at her by police even as she identified herself as a member of the press.

On May 30, NBC photojournalist Ed Ou told CPJ that police fired tear gas, pepper spray, and concussion grenades directly at a pool of journalists in Minneapolis covering the protests.

CPJ noted that not all the curfew orders have explicitly exempted press, “although some officials, including in Minneapolis, have said that media are exempt after the initial announcement”. 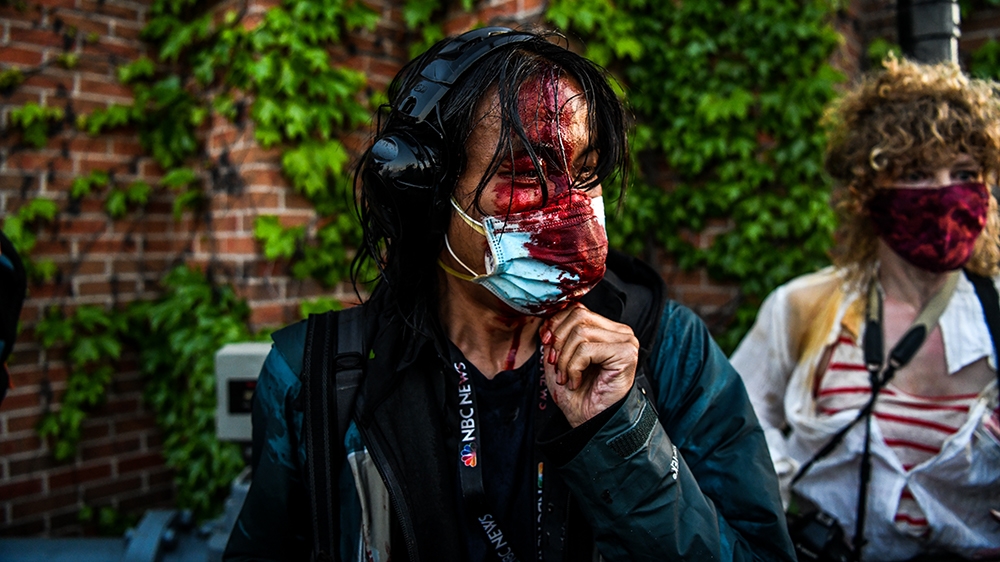 Anti-police brutality rallies, which have turned violent over the last week, erupted over the death of the 46-year-old African American.

A second autopsy ordered by Floyd’s family and released on Monday found his death was a homicide and that he died from asphyxiation. The report also says three officers contributed to his death.

A news release from the Hennepin County Medical Examiner said Floyd showed signs of “recent methamphetamine use” and “fentanyl intoxication” – along with hypertension and coronary artery disease – all of which were possible contributing factors to his death.

But two doctors who carried out the independent autopsy of Floyd said that he had no underlying health conditions that may have contributed to his death.

They added that they did not have information on toxicology and any drug or alcohol use by Floyd.

Derek Chauvin, the 44-year-old white Minneapolis police officer who kneeled on Floyd, was arrested after he was charged with third-degree murder and manslaughter. Three other officers involved in the arrest have not been charged.

Floyd’s death was the latest case of police brutality against Black people caught on video and prompting an outcry over racism in US law enforcement agencies.

Protesters have been met with, at times, excessive force by authorities. Two officers were fired over the weekend in Atlanta, Georgia, for pulling two Black people out of a car and throwing them to the ground.