The warning comes from civil rights activist Mark Thompson who told Sky News Americans may ask the world to treat the US like they treated South Africa during the apartheid. He warned that unless US President Donald Trump caves to Black Lives Matter groups’ demands, a “radical” global action could be soon taken. He said: “As to what you all can do over there and what people can do overseas, I tell you one thing that some of us have begun to talk about.

“It may seem radical like defunding, but if this situation does not continue to improve overtime and if Donald Trump doesn’t get on board or whatever, we may have to ask other nations in the world to treat America the way we all treated South Africa.

“Expose it, ostracise it and if necessary, begin a measured targeted divestment campaign from this country that still has a long way to go to prevent the lynchings of African Americans at the hands of the police and armed vigilantes.”

Asked to clarify he was suggesting an “anti-apartheid approach”, he replied: “Well, what’s the difference between here and what happened there?

“If you compared your videos and pictures of today to what we saw during the apartheid there in states of emergency, there’s not a lot of difference in those images.” 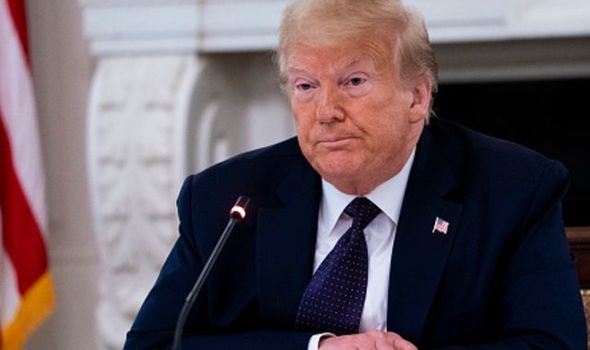 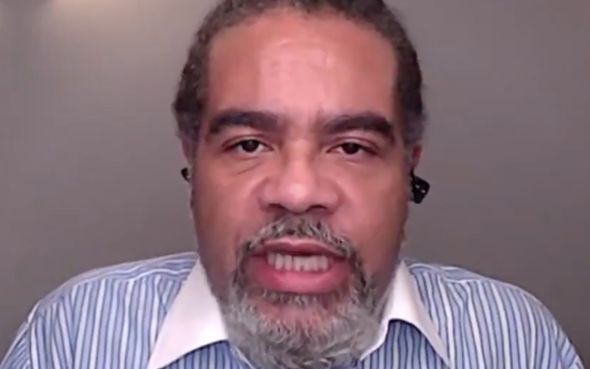 It comes as thousands of mourners braved sweltering Texas heat on Monday to view the casket of George Floyd, whose death after a police officer knelt on his neck ignited worldwide protests against racism and calls for reforms of US law enforcement.

American flags fluttered along the route to the Fountain of Praise church in Houston, where Floyd grew up, as throngs of mourners wearing face coverings to prevent spread of the coronavirus formed a procession to pay final respects.

Solemnly filing through the church in two parallel lines, some mourners bowed their heads, others made the sign of the cross or raised a fist, as they paused in front of Floyd’s open casket. More than 6,300 people took part in the visitation, which ran for more than six hours, church officials said.

“I’m glad he got the send-off he deserved,” Marcus Williams, a 46-year-old black resident of Houston, said outside the church. “I want the police killings to stop. I want them to reform the process to achieve justice, and stop the killing.”

The public viewing came two weeks to the day after Floyd’s death was captured by an onlooker’s video. As a white police officer knelt on his neck for nearly nine minutes, an unarmed and handcuffed Floyd, 46, lay face down on a Minneapolis street, gasping for air and groaning for help, before falling silent.

The case was reminiscent of the 2014 killing of another African American, Eric Garner, who died after being placed by police in a chokehold while under arrest in New York City.

The dying words of both men, “I can’t breathe,” have become a rallying cry in a global outpouring of rage, drawing crowds by the thousands to the streets despite health hazards from the coronavirus pandemic.

The demonstrations stretched into a third week on Monday. 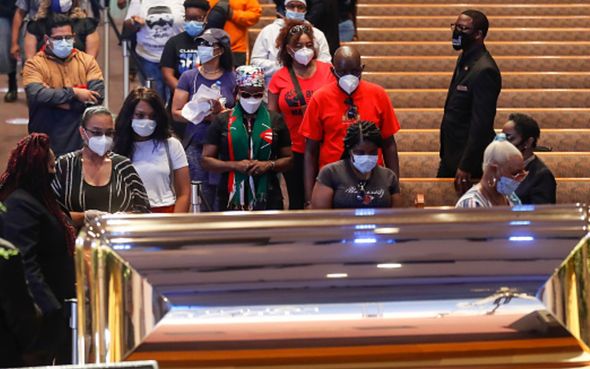 As the public viewing unfolded in Houston, Derek Chauvin, 44, the police officer who knelt on Floyd’s neck and is charged with second-degree murder, made his first court appearance in Minneapolis by video link. A judge ordered his bail raised from $1 million to $1.25 million.

All four were dismissed from the police department the day after Floyd’s death.

Unleashed amid pent-up anxiety and despair inflicted by a pandemic that has hit minority communities especially hard, the demonstrations have reinvigorated the Black Lives Matter movement and thrust demands for racial justice and police reforms to the top of America’s political agenda ahead of the Nov. 3 presidential election.

Protests in a number of US cities were initially punctuated by episodes of arson, looting and clashes with police, deepening a political crisis for President Donald Trump as he repeatedly threatened to order the military into the streets to help restore order.