ISTANBUL (Reuters) – When the clothing factory where Syrian refugee Mohammed Eid had worked since arriving in Istanbul closed because of the coronavirus lockdown, his manager had a bleak message for laid-off staff: you’re on your own. 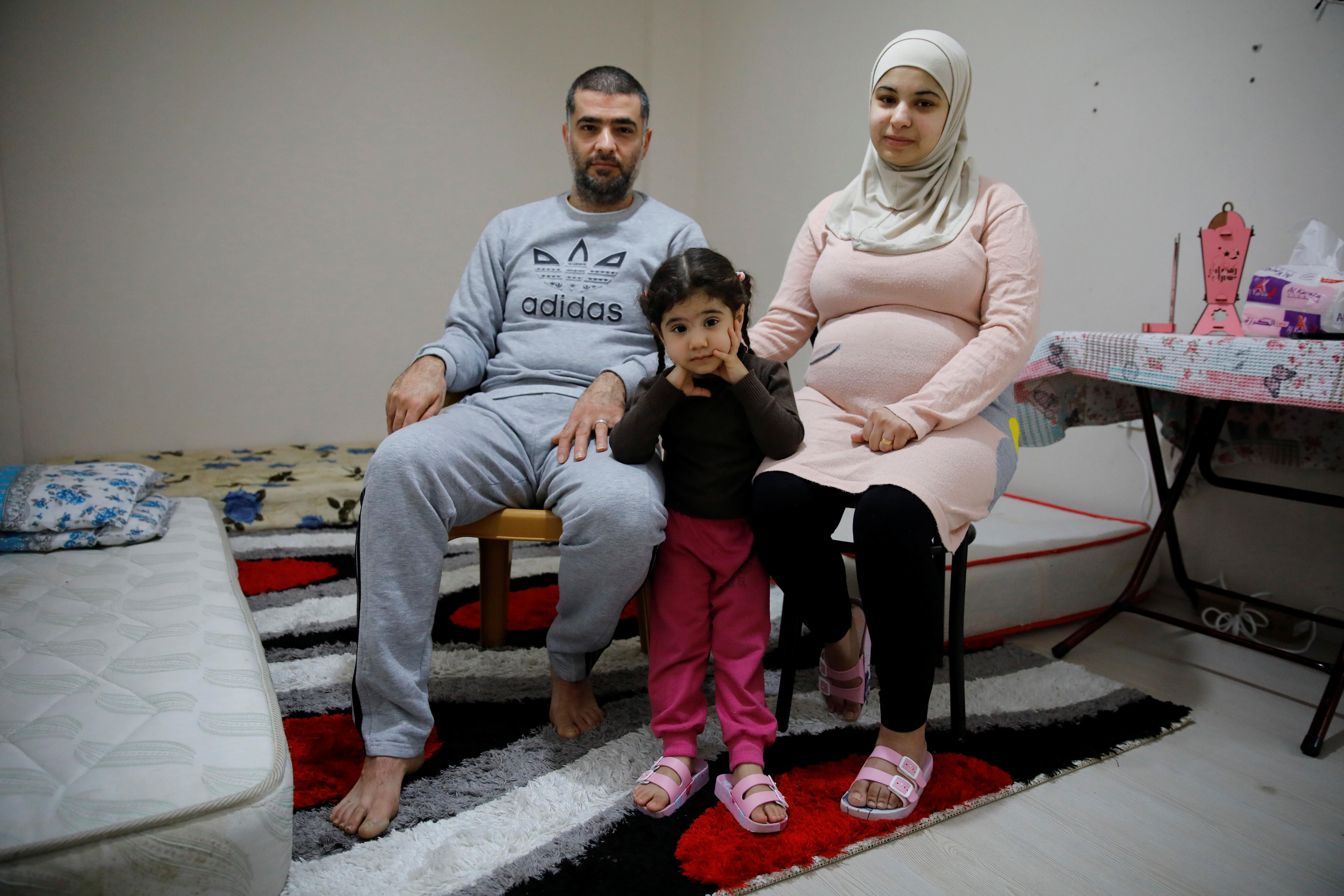 Like millions across Turkey, Eid lost his wage packet overnight. But unlike Turkish workers idled by the enforced shutdown, he found no safety net to help him and his family through the sudden crisis.

With a wife, three-year-old daughter and second child due any day, Eid has no income to pay bills or the rent on his basement apartment in the working class district of Esenyurt, where many Syrian refugees live.

“When the factory closed, the boss told us ‘This break is at your expense, not mine’,” Eid said in the small home he found after arriving from Jordan in December. “I have to sort out my costs of living, eating. He gave me nothing.”

While Turkish workers laid off since March are entitled to 1,200 lira ($170) a month from the state, that benefit does not extend to hundreds of thousands of Syrians, most of whom work in the informal economy, many as day labourers.

Clothing retailers and shopping malls have closed across the country and many of their suppliers have shut down too as Ankara attempts to contain an outbreak that has killed close to 3,000.

The government aims to begin reviving the economy in late May, a senior official said this week, and Eid said he expected to hear from his own employer at around that time. Until then he and others wait in limbo, fearing eviction and worrying how to feed their families.

“We don’t know how many Syrians could have been laid off. We’re talking about somewhere between 700,000 to 800,000 potential informal Syrian workers in the labour market,” said Omar Kadkoy a policy analyst at the Economic Policy Research Foundation of Turkey (TEPAV) in Ankara.

Turkey hosts 3.6 million Syrians, the world’s largest refugee population, who have fled the nine-year conflict that has killed hundreds of thousands of people in their country. Most live in Istanbul or near Turkey’s southern border with Syria, only a small minority in refugee camps.

They mostly work in clothing companies, manufacturing, construction or the hospitality sector.

A Labour Ministry spokeswoman said only Turkish workers could benefit from the government’s coronavirus aid package, and that Syrians were already supported by United Nations and European Union aid projects.

However, an EU-funded scheme which distributes monthly cash payments via Turkey’s Red Crescent to refugees is limited to families with three or more children, or those without working-age men, Syrians say.

“We have not received any support from …anywhere,” said Suhaib al-Bakr, a 33-year father of two from Syria’s northeastern province of Hasaka. 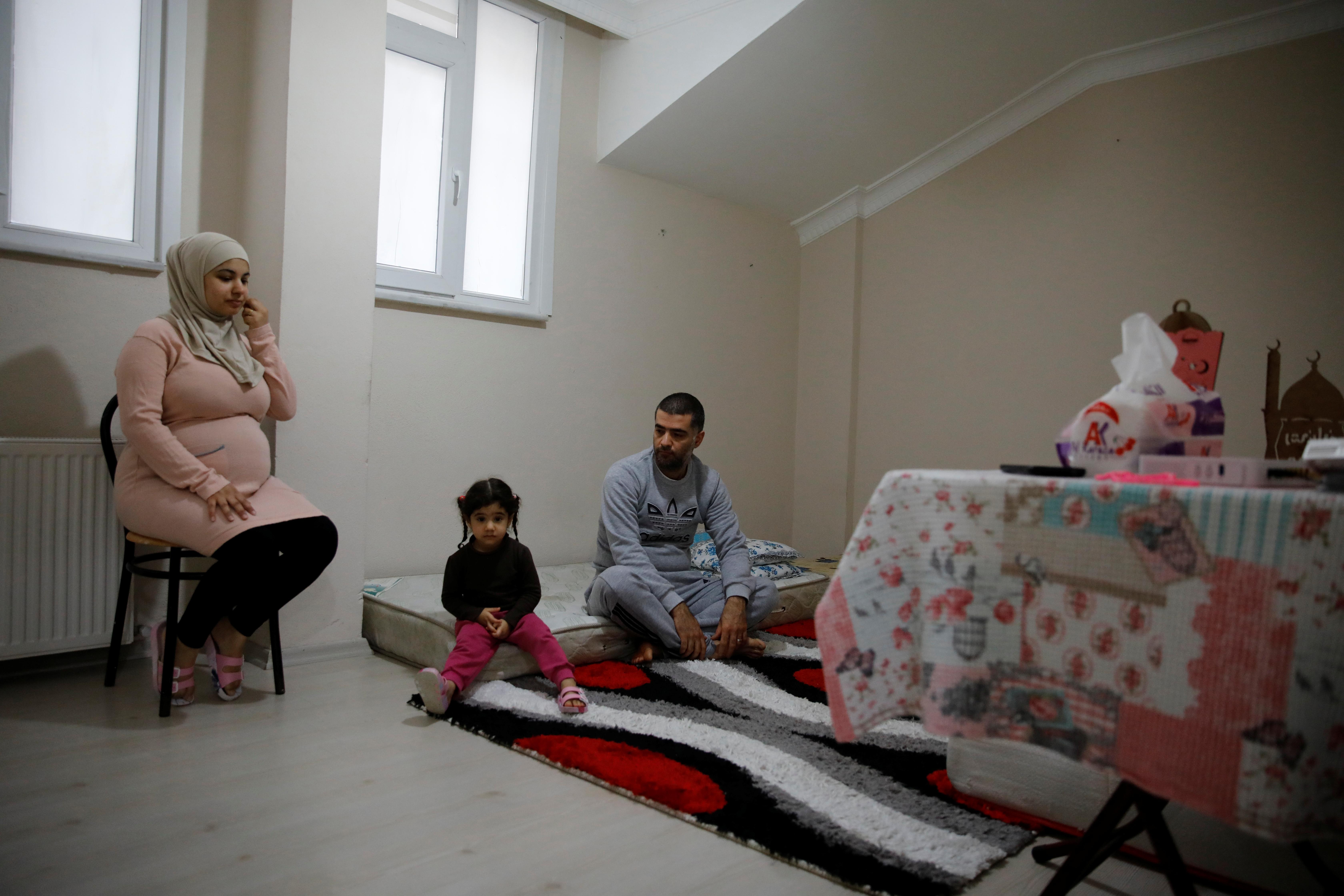 Bakr, a veterinarian in his own country, worked for the past four years as an assistant at tailoring companies in Istanbul, taking daily work where it was available for about $13 a day.

He hasn’t worked for six weeks. His landlord agreed to cancel his rent payment last month, but is expecting the next instalment. If he could, Bakr says he would even return to the ruins of his own country to escape the uncertainty.

“The situation is bad there, worse than here. But my mother and father are there. We can go and live with them,” he said. “But the way is closed. What can I do?”