Denmark’s performance at Euro 2020 may have been boosted in the wake of Christian Eriksen’s dramatic collapse on the pitch – and they could now be inspired to beat England in tonight’s semi-final clash, a top psychologist has said.

Eriksen suffered a cardiac arrest during the Danish team’s opening match of the tournament, with his teammates forming a chain around the midfielder as he was resuscitated on the touchline.

The 29-year-old has since been discharged from hospital after being fitted with an under-skin heart starter device – but experts have warned he is unlikely to play professionally again. 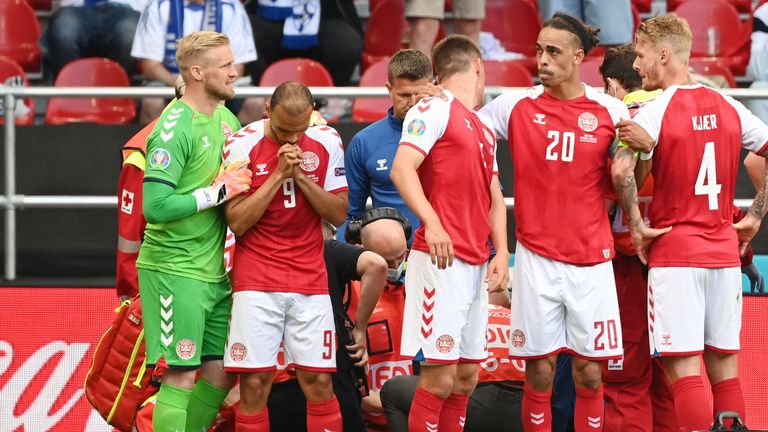 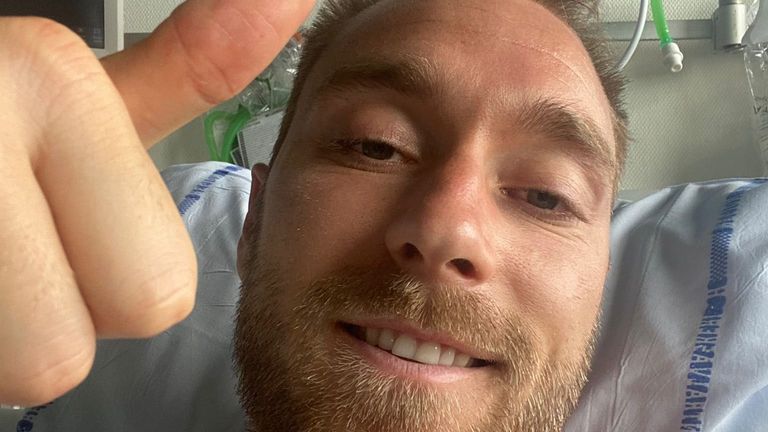 After returning to the pitch following Eriksen’s collapse, Denmark lost their first game to Finland 1-0 but went on to qualify from their group, before thrashing Wales 4-0 in the last-16 and beating the Czech Republic 2-1 in the quarter-finals.

It has set up a mouth-watering tie with England at Wembley tonight for a place in the final – as the Danes aim to repeat their unexpected Euros victory in 1992.

Dr Victor Thompson, a clinical sports psychologist, says Eriksen’s teammates would have been offered “psychological first aid” following the player’s collapse – and they could now be in a better position to win Euro 2020.

“It can actually be a bonding experience that they’ve all been through something really quite difficult but it’s given them a great connection,” he told Sky News.

“It can help push away some of the normal stresses and strains and put things into perspective in a helpful way for the players.

“That’s great psychological preparation for a big match. You’d love to have that within a team.

“Of course, it’s happened for a horrible reason but it’s a very good mentality to have for a big event.” 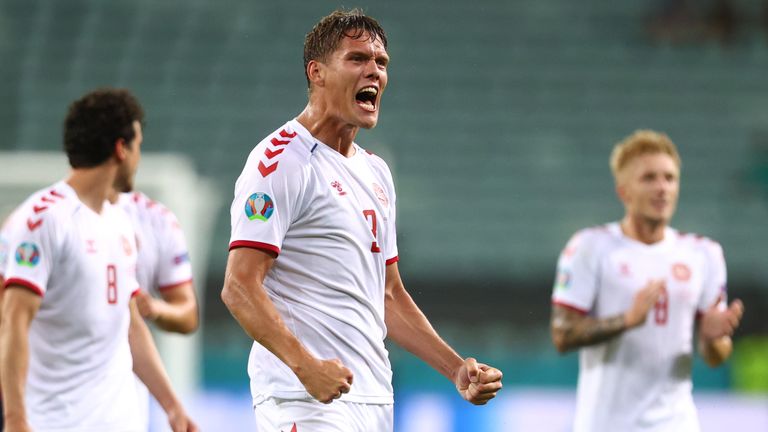 Denmark captain Simon Kjaer, who was praised for his quick response to Eriksen’s collapse, is reported to have said his teammate’s near-death experience “did something to the group”.

He was quoted as saying: “We thrive and we’re safe together.

“We know we can trust the people around us. We know that if one of us is in trouble, then someone else is there for you.” 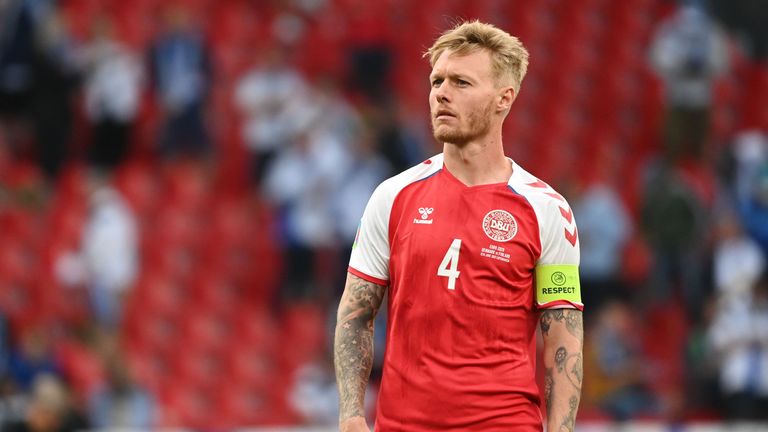 After their dramatic first match, Denmark’s sporting director Peter Moller revealed the players had been given “psychological help”.

Dr Thompson, who has worked with athletes who have experienced “significant traumatic events”, warned that Eriksen’s teammates could be at risk of developing post-traumatic stress disorder.

He said: “They’ve witnessed something that is traumatic where they thought somebody else could be seriously injured or could die – and that’s the type of event that is linked to PTSD.

“All the players witnessed that and they’ve been close to it.

“It could increase the risk of generating PTSD.

“PTSD would be diagnosed if there is a significant detrimental change in behaviour in an individual at least a month after witnessing the event.

“It could warrant more formal intervention by a psychologist with training in how to work with PTSD or trauma.” 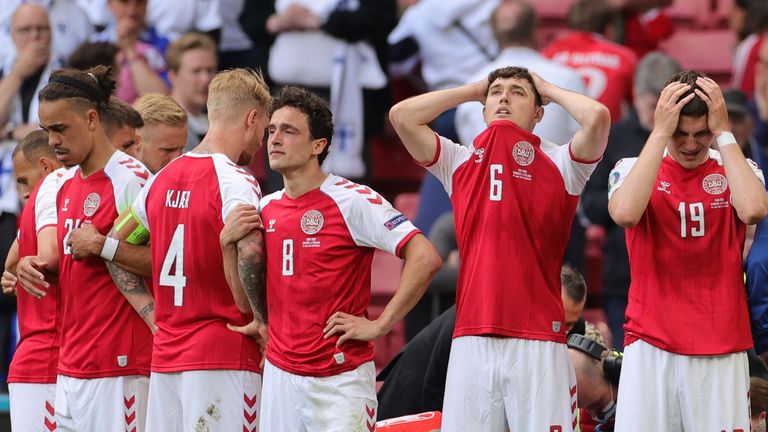 Dr Thompson said the “psychological first aid” offered to the Danish players would involve helping them understand their responses to a traumatic experience.

“It’s traumatic to see a fellow player – someone who’s in your team, someone who’s a friend, someone you know well – to be in such medical difficulty, and you’re very concerned that he’s maybe not going to survive,” he said.

“It’s an abnormal event they’ve witnessed and been part of. The brain has to absorb it and make some adjustments and accommodate that experience.

“The shock, the denial, the disbelief, the anger, the upset, the fear you might experience – the increase in emotions, being distracted by things, maybe a change in behaviour… disturbed sleep, perhaps some nightmares, or seeking out the support of other people – this is entirely normal as a response to something that’s traumatic. 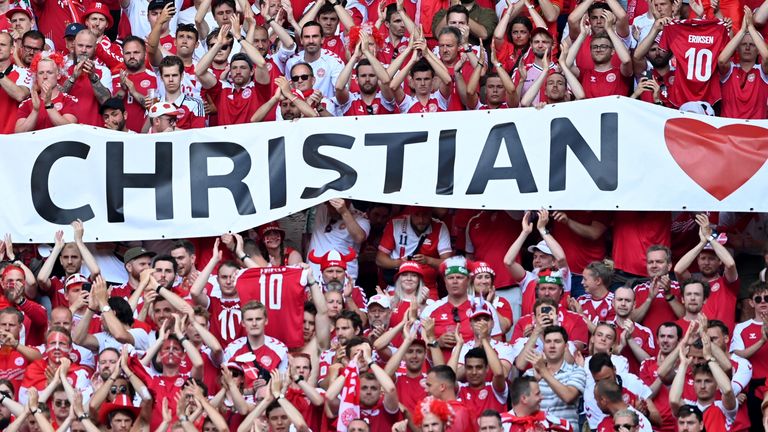 “Then it’s reaching out to those people and offering to talk to them… to see if they could do with some extra support.”

Eriksen, who spent seven years with Tottenham in the Premier League, was pictured in Denmark last week after undergoing a successful operation to have a cardioverter defibrillator implanted.

Denmark play England in the semi-finals of Euro 2020 at 8pm.