An ancient Italian village that was submerged when a hydroelectric dam was built in the 1940s could resurface next year.

The 12th Century village of Fabbriche di Careggine in Tuscany in the north of Italy, was permanently flooded in 1946 to make way for the construction of the huge body of water, leaving it preserved, but unseen, for decades.

Lake Vagli, where the village sits, has to be drained from time to time to allow for maintenance of the dam – which last happened in 1994. 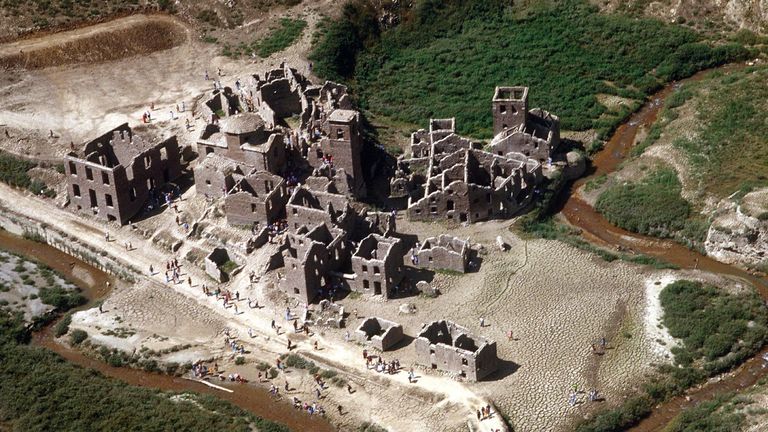 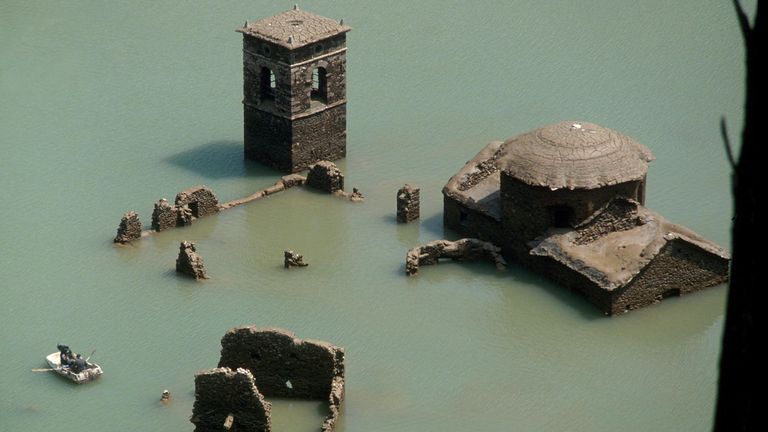 Fabbriche di Careggine is made up of several stone houses, a church, a cemetery and a bridge, and can only be seen when the 34 million cubic metres of water is removed.

The last time the lake was drained more than a million tourists made their way to the village, to marvel at the abandoned medieval community.

However, news has emerged from the province that the lake will be drained next year, to once again reveal its hidden village.

According to Lorenza Giorgi, the daughter of a former mayor in the area, “certain sources” have confirmed the news to her.

In a post on Facebook, which has been translated from Italian, she said: “I inform you that from certain sources I know that next year, in 2021, Lake Vagli will be emptied.

“The last time it was emptied was in 1994 when my father was mayor and… Vagli welcomed more than a million people.