Scientists have lost one of their most powerful tools for hunting asteroids, planets and alien life after damage forced Puerto Rico’s Arecibo Observatory to shut down for good.

The massive facility is one of the largest single-dish radio telescopes in the world and has played a major role in scientific discoveries over more than five decades.

It also played major roles in the finale of GoldenEye, the 1995 James Bond film about a killer satellite, and in the alien-hunting movie Contact.

The U.S. National Science Foundation (NSF) announced on Thursday that it would begin decommissioning the 305 metre-wide telescope after an assessment found that it was teetering on the verge of collapse.

“This decision is not an easy one for NSF to make, but the safety of people is our number one priority,” said Sean Jones, the agency’s assistant director for the Mathematical and Physical Sciences Directorate. “We understand how much Arecibo means to this community and to Puerto Rico.”

The facility consists of a giant telescope bowl in the Arecibo forest, with an 816-tonne reflector dish suspended 137 metres above it by a series of cables.

The telescope came online in 1963 and has been an invaluable tool for astronomers around the globe. It has been used to detect mysterious radio signals, distant planets and close-approaching asteroids, including a massive one that zipped past Earth in April.

It also helped discover the near-Earth asteroid Bennu in 1999, which paved the way for NASA to land a spacecraft on the asteroid last month.

However, decades of wear and tear appear to have caught up with it.

A cable snapped on the dish in August, tearing a 30.5-metre hole in the reflector dish and causing damage to a dome. Then, on Nov. 6, one of the dish’s main cables snapped, sparking fears that the whole structure might come down.

The NSF says it commissioned several engineering assessments and they all came back with the same result: “The telescope structure is in danger of a catastrophic failure and its cables may no longer be capable of carrying the loads they were designed to support.” 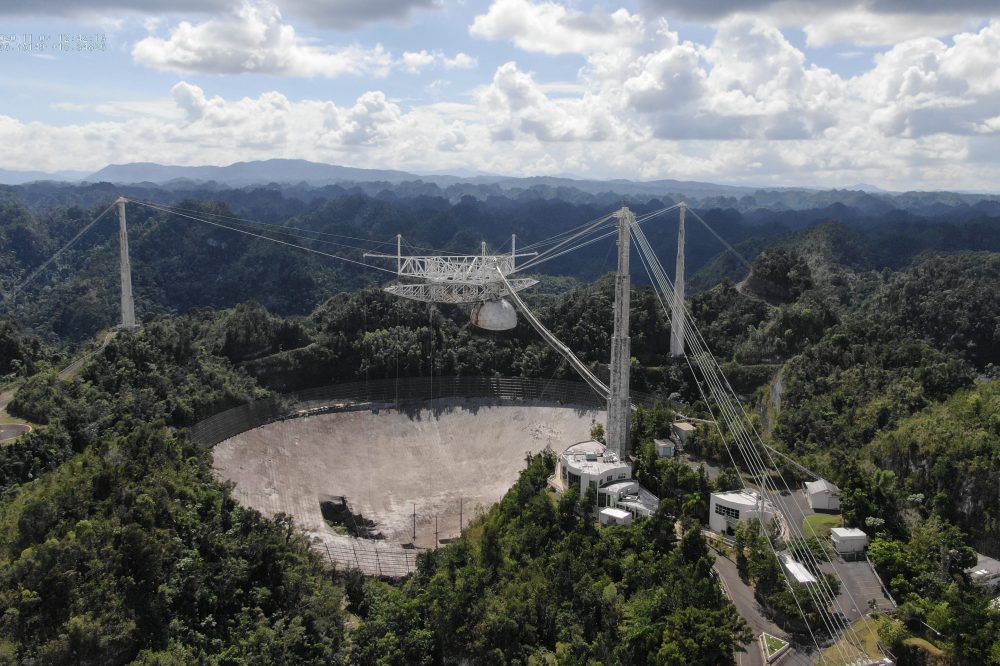 The assessments also found that repairing those cables might put workers in life-threatening danger, and that the structure itself will not be stable for much longer.

The NSF says it plans to decommission the telescope, but it will try to preserve other parts of the observatory for future research and educational purposes.

Scientists, amateur astronomers and Puerto Ricans mourned the news on social media, where they lamented the loss of a cornerstone in space research.

The NSF says it will take the dish apart with care so that it doesn’t collapse on the rest of the facility.

— With files from Reuters