A painting worth more than €280k (£250k) which was accidentally left at a German airport has been reunited with its owner after being found at the bottom of a nearby recycling bin.

The businessman, who chose not to be named, forgot to take the painting by French surrealist Yves Tanguy when he left the check-in counter to board a flight from Dusseldorf to Tel Aviv on 27 November.

By the time he landed in Israel and contacted Dusseldorf police, the cardboard-wrapped oeuvre was nowhere to be found. 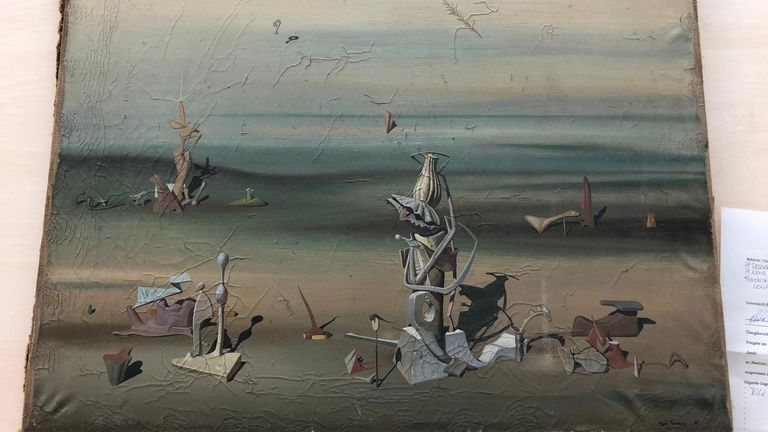 It failed to appear despite multiple emails back and forth between authorities and the businessman, police said.

They said it was finally found after the owner’s nephew travelled to the airport from nearby Belgium to talk with police in person.

A Dusseldorf police spokesperson said in a statement that an inspector had the critical thought when he saw an advertisement for the airport’s cleaning company on his desk.

“Together with the responsible property manager, they looked carefully in the waste paper containers provided for the area. In fact, the valuable painting was at the bottom.”

Another police spokesperson, Andre Hartwig, added: “This was definitely one of our happiest stories this year. It was real detective work.”