George Floyd, 46, was a black man who died after a police office knelt on his neck for several minutes. Since his death on May 25, police and protesters have clashed in the city of Minneapolis in the US state of Minnesota. Tear gas has been fired by police, while protesters have thrown rocks and sprayed graffiti, and businesses have been looted.

What happened to George Floyd?

Mr Floyd, a 46-year-old African-American man, died on May 25 after Derek Chauvin, a white Minneapolis police officer, knelt on his neck for several minutes.

At the time, Mr Floyd was handcuffed and lying face down on the road.

He had been arrested in Powderhorn, a neighbourhood south of downtown Minneapolis in the US state of Minnesota. 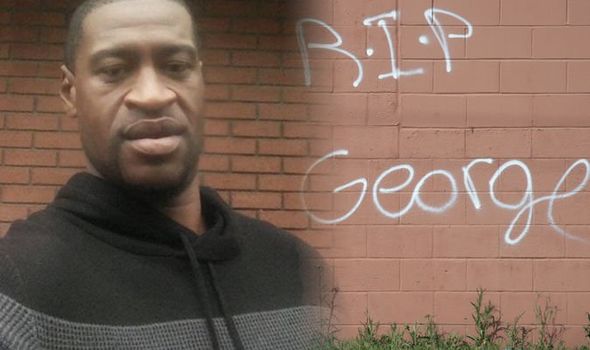 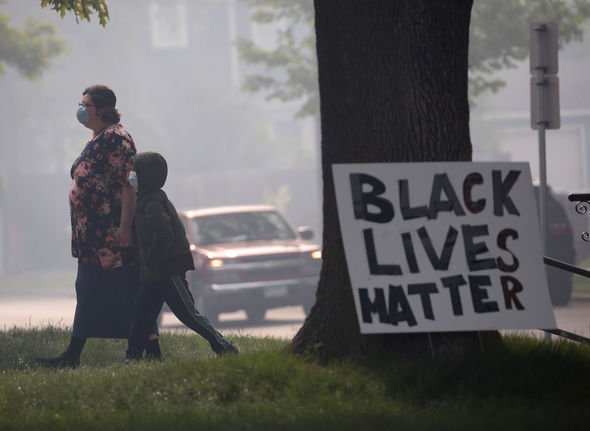 The arrest was conducted after Mr Floyd allegedly “physically resisted” when ordered to exit his vehicle.

However, recordings made by several bystanders have contradicted this.

In the video, Mr Floyd is heard repeatedly saying: “I can’t breathe”.

The video of the incident does not show how the confrontation started.

The recordings have widely circulated on social media platforms and the four officers involved were fired the next day. 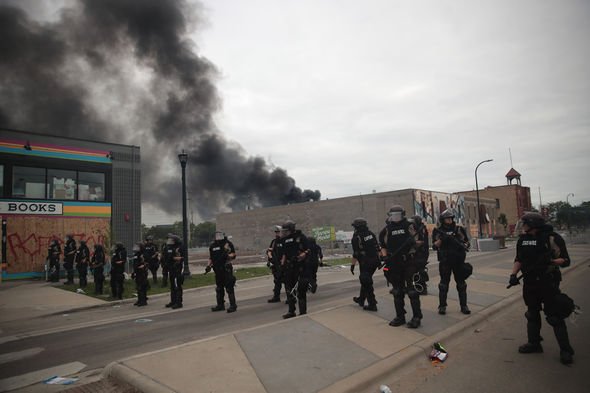 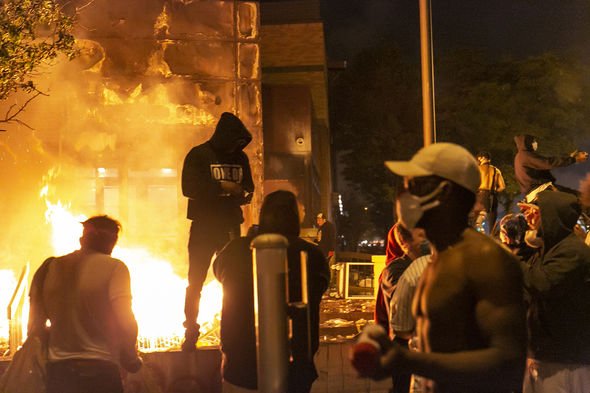 The FBI is currently conducting a federal civil rights investigation into the incident, at the request of the Minneapolis Police Department, while the Minnesota Bureau of Criminal Apprehension (BCA) is investigating whether there were possible violations of Minnesota statutes.

No charges have been filed in Mr Floyd’s death, but his family say they want murder charges for all four fired officers.

Following the death of Mr Floyd, massive protests have broken out in the US city.

His death sparked outrage across the country and in Minneapolis, protests transitioned to rioting and looting with people smashing their way into stores and setting businesses and other buildings ablaze.

Mr Floyd’s brother, Philonise Floyd, said: “I want everybody to be peaceful right now, but people are torn and hurt, because they’re tired of seeing black men die.

“These officers (involved in George’s arrest) need to be arrested right now … and held accountable about everything because these people want justice right now.”

Minneapolis Police Chief Medaria Arradondo apologised for the “pain, devastation and trauma” caused by Mr Floyd’s death and said his department had contributed to “a deficit of hope” in the city.

Prosecutors looking at the death have asked the people of Minneapolis for patience while they investigate the case. 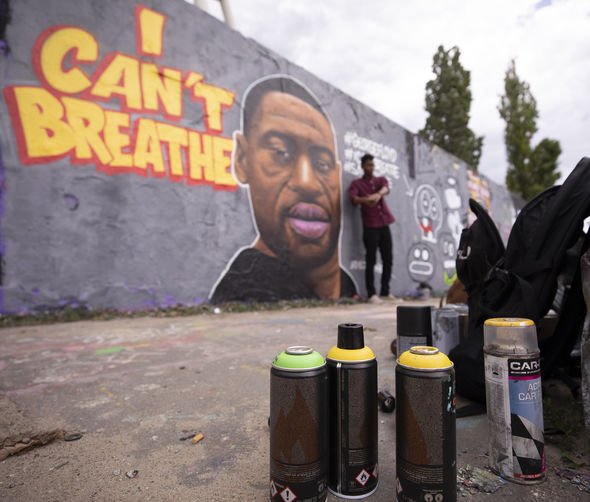 Hennepin County Attorney Michael Freeman has also given an update to reporters on the case, saying he must look at all evidence before bringing charges.

He said: ”My job in the end is to prove he violated a criminal statute.

“And there is other evidence that does not support a criminal charge.

“We need to wade through all of that evidence and come to a meaningful decision and we are doing that to the best of our ability.”

About 90 minutes later, his office released a statement, and told CNN Mr Freeman misspoke about “other evidence.”

The statement added: ”Evidence not favourable to our case needs to be carefully examined to understand the full picture of what actually happened. This happens in every case. “

The death of Mr Floyd echoes the case of Eric Garner, who was placed in a police chokehold in New York in 2014.

His death have united people against police brutality and a catalyst in the Black Lives Matter movement.