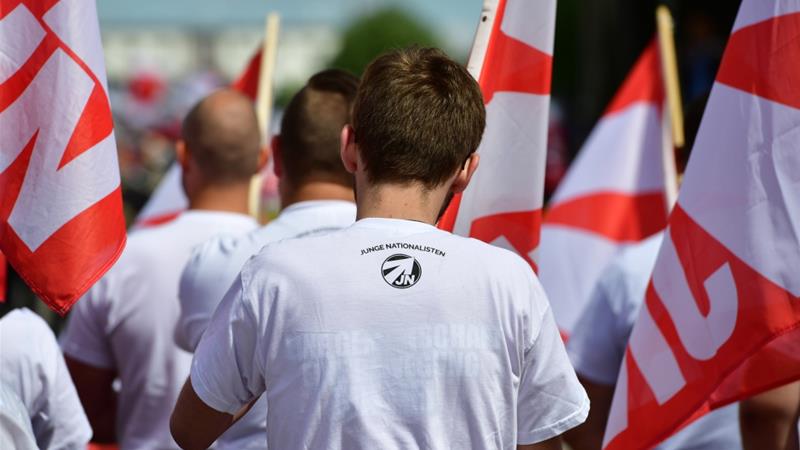 Friday’s report, German neo-Nazis practise terrorism in St Petersburg, said participants were trained in a special camp near the Russian city of St Petersburg in using weapons and explosives, as well as for close military combat.

The camp, called Partisan, is operated by the far-right Russian Imperial Movement (RIM), which claims to be fighting for the “predominance of the white race”, the report said.

The United States added RIM to a list of global terrorist groups in April, saying the group had “provided paramilitary-style training to white supremacists and neo-Nazis in Europe”.

Russia’s foreign ministry responded at the time by saying the step by the US did not contribute to the fight against terrorism and that Washington had not provided details.

According to Russian media reports, RIM is also considered “extremist” in its homeland, but is not banned.

At protests in Russia, RIM members are often seen with signature yellow and black banners, calling for the Russian Empire to be restored.

The Focus report said German intelligence authorities have been informed of Russia-based training of German far-right youth, but could not prohibit travel to St Petersburg for legal reasons. 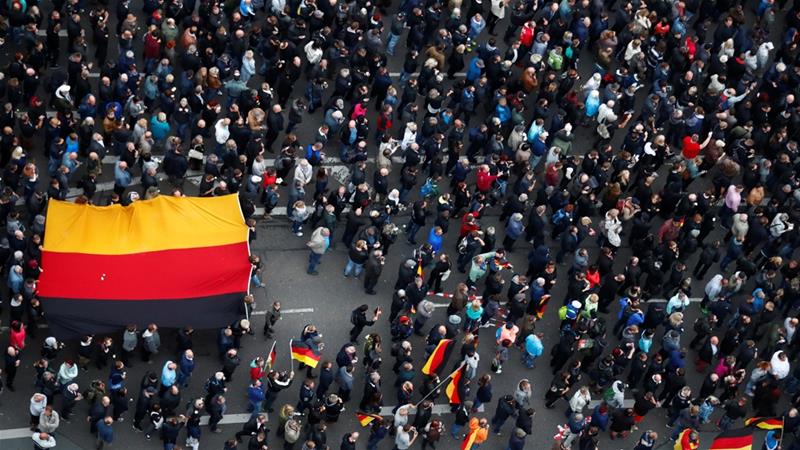 How much of a threat is the far right in Germany?