A furious backlash against the German Government erupted on the streets on Saturday, as thousands of protesters broke social distancing rules during a series of rallies. The protests took place on Europe Day, the anniversary celebration of the European Union’s founding. Thousands of angry Germans chanted demands for “freedom” amid anger at Angela Merkel’s handling of the coronavirus lockdown measures.

Others chanted “We are the people!” as anger continues to build across the country at the Government’s leadership on the crisis.

Berlin was overwhelmed with protests, with at least 30 separate demonstrations erupting across the German capital city.

Around 1,200 people were packed into Berlin’s Alexanderplatz square for one of the unauthorized demonstrations, prompting several arrests.

This violated current rules which ban gatherings of more than 50 people. 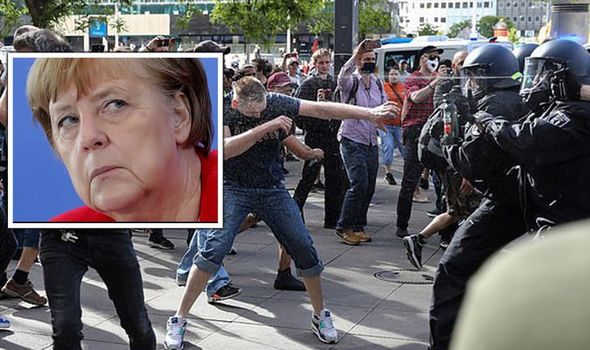 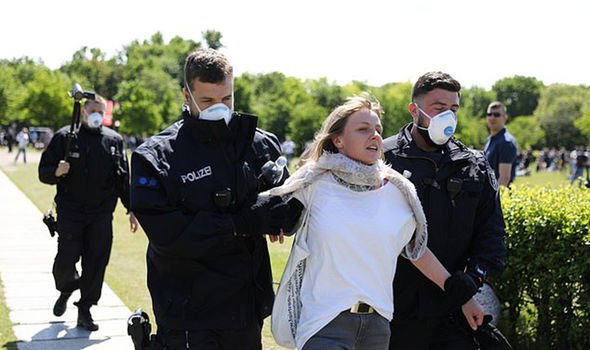 The police said the protesters had ignored calls to stay at least 5 feet apart, prompting officers to step in.

This sparked violent clashes between protesters and riot police.

Other protests took place across Germany, with over 3,000 people in Munich and thousands in Stuttgart. 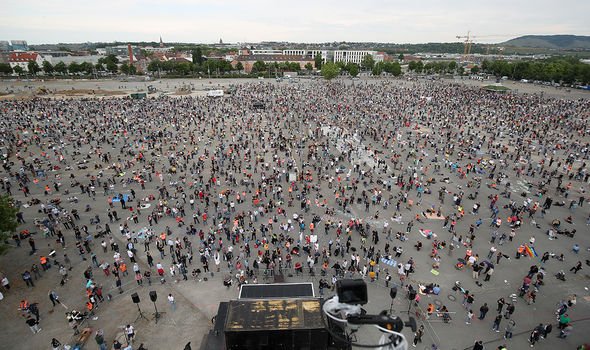 The protests in Munich and Stuttgart were reported to have been much more peaceful than those seen in Berlin.

Germany has been relaxing restrictions since late April but leading opposition figures have claimed the response has been too slow. 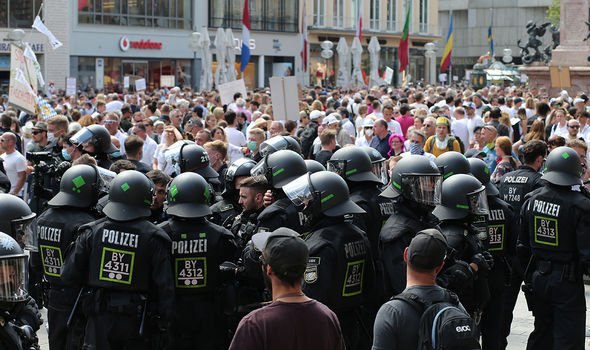 However, some regions have had to re-impose restrictions following a sudden spike in infected cases

Germany is made up of 16 federal states, each with the the power to relax restrictions, who have all agreed to reimpose lockdown if new cases hit 50 per 100,000 people over seven days.

As of Saturday, Germany has 170,643 confirmed cases of coronavirus, with 7,510 people dying with the virus, according to data compiled by Johns Hopkins University.