The once in a lifetime flooding in western Germany has been indiscriminate – creating victims from all of life’s ages and stages.

In the town of Erfstadt I came across a group of very elderly and infirm residents of a care home.

Quietly sitting outside on the street they had just been evacuated. Their care home had flooded and cracks had appeared in the walls which structural engineers were concerned about, so they had to leave.

Carers sat with them gently stroking arms or holding hands, trying to offer reassurance. The sadness etched on their faces though suggested their calm words and actions weren’t working. 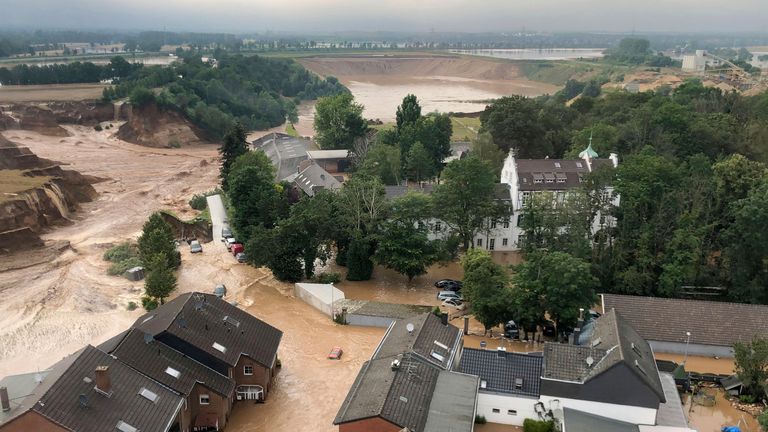 In the last year, 78-year-old Johannes Gleason has had to deal with the pandemic, a stroke and the worst floods of his lifetime.

“The floods were a huge surprise and shock,” he told me. “The water came so quickly and then they said everyone must leave and the evacuation started.”

He was confused about where he was being sent and unsure if he would ever return to the place where he’s lived happily for three years. 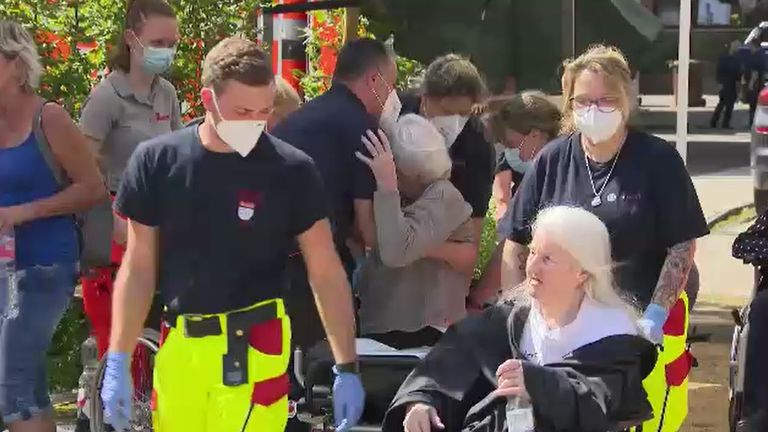 The care home manager, Uli Rak, says for some it reminds them of a painful period in their early childhood.

“It brings up memories of war-time where they could only take along what they could get hold of – their clothes and shoes, what they were wearing.

“And now they have had to leave their home again. It was for many of them very difficult.”

One by one the residents were gently helped into ambulances, dreading the new start which at this time in their lives they hadn’t asked for.

Johannes put on a brave face as the ambulance door was slammed shut. I wished him the best of luck.

Just one of many thousands whose life was turned upside down in a matter of days by this cruel, unrelenting natural disaster.