The frame of the old steel vessel emerged from the depths when its sandy tomb was disturbed by a powerful windstorm on the lake.Utah State Park and Marina rangers believe the ship went down at the turn of the 20th Century.

This lake is littered with shipwrecks from the last 150 years

A spokesman said: “Great Salt Lake storms can be ominous but also fascinating.

“Some of these boats experienced tragic endings only to be buried in the sand by storms.

“But storms can also uncover them as the most recent one did by the Great Salt Lake Marina.” 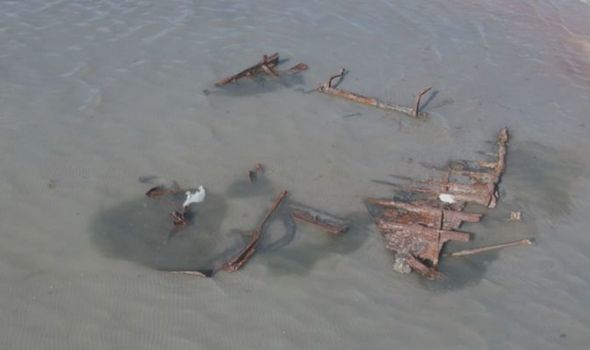 The remnants of the rusted vessel are now visible from the south shore of the Great Salt Lake State Park.

Its appearance has left local historian asking questions about the wreck and how it ended up at the bottom of the lake. 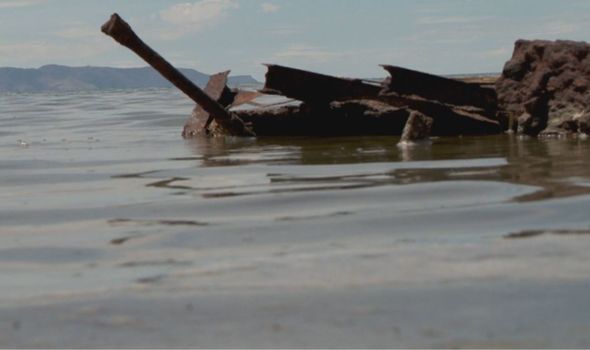 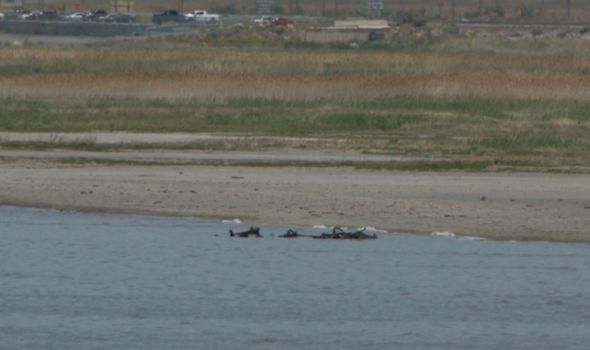 He said: “This lake is littered with shipwrecks from the last 150 years.

“The lake will turn violent. People think of it as a lake, but it’s really an inland sea.

“As the water is getting lower and lower over the last 20 years, we’re discovering more and more wrecks all the time.”

Historians believe the first boats used for pleasure on the Great Salt Lake were bought by Brigham Young and the Walker brothers.

Mr Shearer said: “We think we know where Brigham Young’s boat is. We have not been able to find the Walker boat.”

Describing the shipwreck, he said: “You can see the stern, though. The boat has been twisted up in a U shape.

“We think it’s from the railroad fleet when Union Pacific had the causeway out here.

“It definitely opens people’s eyes to just how cool this lake is and what history it has.”

Utah state archaeologists come are expected to visit the lake to examine the remains but Mr Shearer believes the vessel is in such bad condition it will be identifiable.