The find was retrieved from a shipwreck off the coast of the Greek island Antikythera more than a century ago. The instrument is believed to have been designed and constructed by Greek scientists and is dated between 60BC and 205BC. The device, housed in the remains of a wooden box, was found as one lump and later separated into three main fragments which are now divided into 82 separate pieces after conservation efforts.

Four of these fragments contain gears, which formed a complex clockwork mechanism believed to have been used to predict astronomical positions and eclipses for calendars decades in advance.

The incredible discovery was revealed by YouTube channel ‘Antikythera’ during their ‘The Antikythera Mechanism’ documentary.

The narrator explained: “Amongst the sublime objects, divers found an intriguing bronze item about 20cm high, which began to disintegrate as soon as it was removed from the water.

“From the first, scientists realised that this was a mechanism for astronomical data. 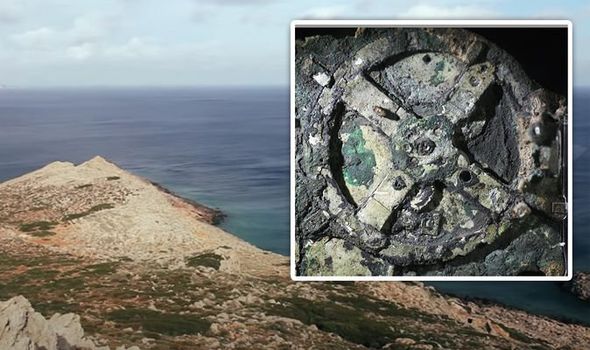 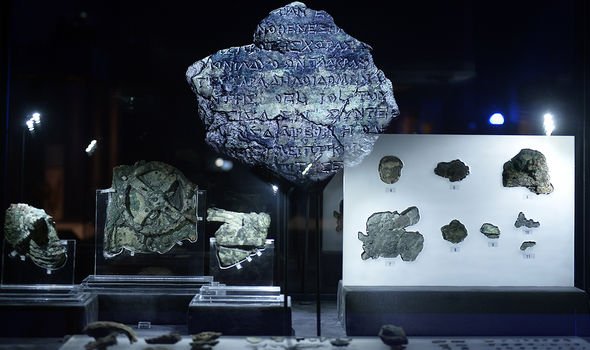 “Scrupulously preserved at the National Archaeological Museum of Athens with the other objects from the wreck, the mechanism aroused the curiosity of many researchers.

“It was only in the 21st century that modern tools for scanning could penetrate the corrosion to reveal in 3D the interior of the machine.”

The series went on to explain how the secrets of the object were unearthed.

The documentary added: “It showed a set of interlocking gears of astounding ingenuity.

“High-resolution photographs brought to life inscriptions on the side of the machine that appeared to be part of an instruction manual. 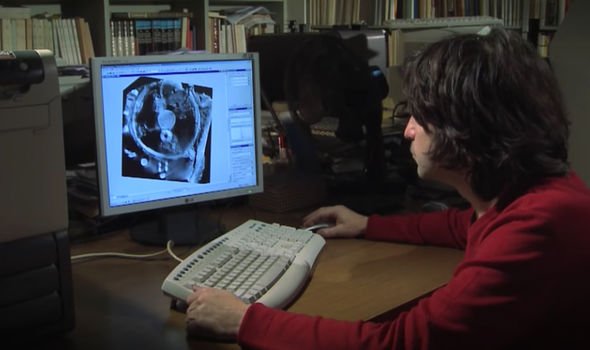 “Scientists compared the numbers inscribed in the text to the number of teeth and the gears and their arrangement.

“They applied these to the known astronomical cycles of antiquity and a reconstitution has been made.”

Historian Yanis Bitsakis explained why the object is believed to be more than 2,000 years old.

He added: “All the clues point to the same date, including the metallurgical analysis and especially the text analysis.

“The form of the letters is typical of the period and the vocabulary used is found on all of the other texts of the same period.

“Given the extensive information we have, a reliable reconstitution can be made.” 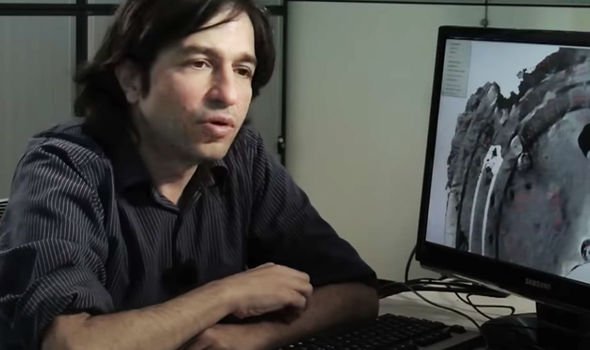 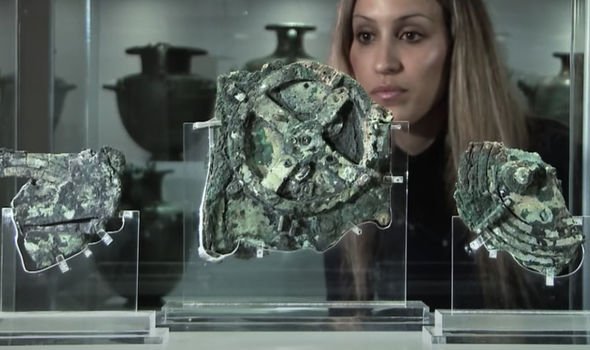 In 1959, science historian Derek J. de Solla Price provided the most thorough scientific analysis of the contraption to date.

He declared in his paper that it was a computer.

He wrote: “The mechanism is like a great astronomical clock, or like a modern analogue computer which uses mechanical parts to save tedious calculation.”

It was a computer in the sense that the user could input a few simple variables and it would yield a flurry of complicated mathematical calculations.

Many have since dubbed it “the world’s first” computer.

The series explained how this worked. 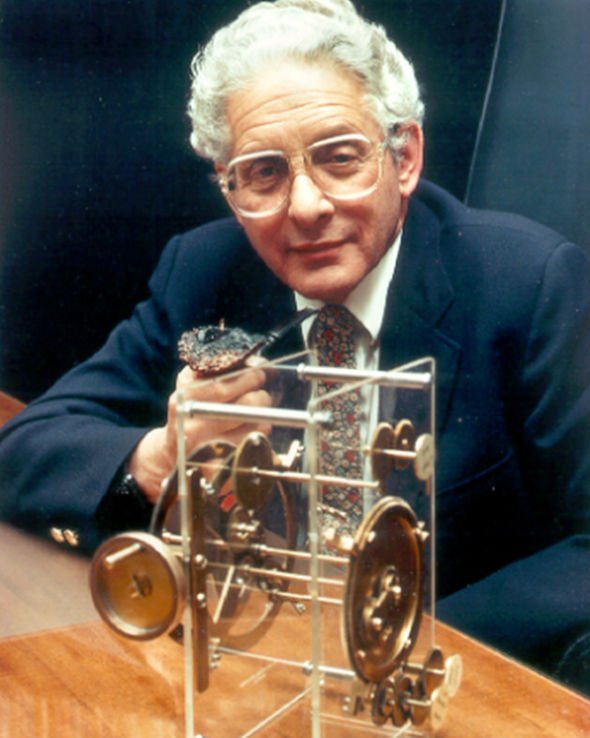 It continued: “Housed in a rectangular frame, the machine shows dates on both sides – in front is the larger dial showing the 365 days of the year, according to the Egyptian solar calendar.

“Inside, a second circle shows the 12 signs of the zodiac.

“By turning the handle, one could position the two hands to indicate for each day of the year the exact position of the Sun and Moon and a small sphere indicating the phase of the Moon.

“In order to guarantee its exactitude, whatever the day or year chosen, a dial on the back shows the Metonic cycle – which reflects lunar and solar cycles over 19 years.”

“Above this, another spiral dial indicates eclipses of the Sun and the Moon.

“The handle was used to advance the pointer to determine when the next eclipse would occur and these operations were connected with the interlocking gears.”