The law is widely drafted to cover any act “to split the country, subvert state power, organise and carry out terrorist activities and other behaviours that seriously endanger national security”, according to Xinhua, China‘s state news agency.

National security laws are routinely used on the Chinese mainland to jail critics of the ruling Communist Party. 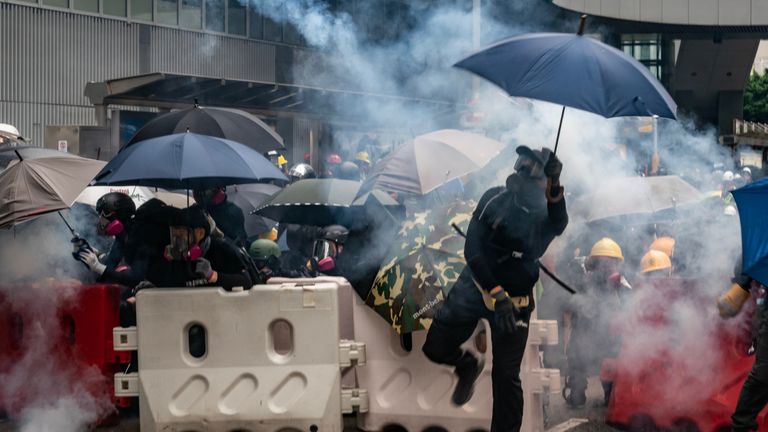 Hong Kong‘s Basic Law – the mini constitution adopted when it was handed over by the UK to China in 1997 – gives Hong Kongers the rights “of freedom of speech, of the press and of publication; freedom of association, of assembly, of procession and of demonstration” – rights which are not enjoyed in mainland China.

The arrangement is known as One Country, Two Systems – and the UK Foreign Office has said that it remains “committed” to respecting the model.

“We are following reports and monitoring the situation closely,” said a spokesman, responding to reports of the new Chinese security law.

“We expect China to respect Hong Kong’s rights and freedoms and high degree of autonomy.”

They added: “As a party to the Joint Declaration, the UK is committed to upholding Hong Kong’s autonomy and respecting the ‘One Country, Two Systems’ model.”

The draft legislation, presented at China’s National People’s Congress, which is meeting this week in Beijing, also specifies that China’s national security bodies – the Ministry of State Security (MSS) and the Ministry of the Public Security (MPS) – can set up “agencies” in Hong Kong to safeguard the law.

If the MSS and MPS were to operate in Hong Kong as they do in China, it would effectively mean the end of the rule of law in Hong Kong.

Joshua Wong, a prominent activist, told Sky News that the law would “lead to one country, one system”.

“We describe it as a security law for the interests of the Communist regime,” he said.

Wang Chen, vice chairman of the Standing Committee of the National People’s Congress, said the law was required because “activities” had “seriously challenged the bottom line of the ‘one country, two systems’ principle, harmed the rule of law, and threatened national sovereignty, security and development interests,” according to Xinhua.

Article 23 requires the Hong Kong government to pass its own national security law.

This has never come to pass and attempts to do so prompted huge protests in 2003. 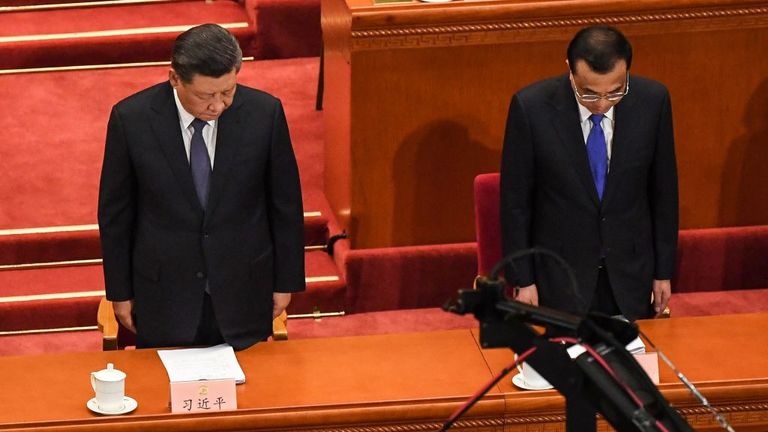 Beijing had been content to leave the legislation to Hong Kong itself and the Basic Law says that Chinese national laws shall not be applied to Hong Kong apart from some limited exceptions listed in an Annex, such as the design of the national emblem and instructions for its use.

The new security legislation would be added to this annex, bypassing Hong Kong’s Legislative Council, although the council will be required to pass its own version of the law too.

Hong Kong faced upheaval last summer after protests against a proposed extradition bill between Hong Kong and mainland China, which was later abandoned.

The proposed security legislation is much more significant and is likely to face strong opposition in Hong Kong.