BANGKOK (Reuters) – More than a thousand protesters gathered in Thailand’s capital Bangkok on Sunday to demand the resignation of the government, changes to the constitution and an end to the harassment of opposition activists. 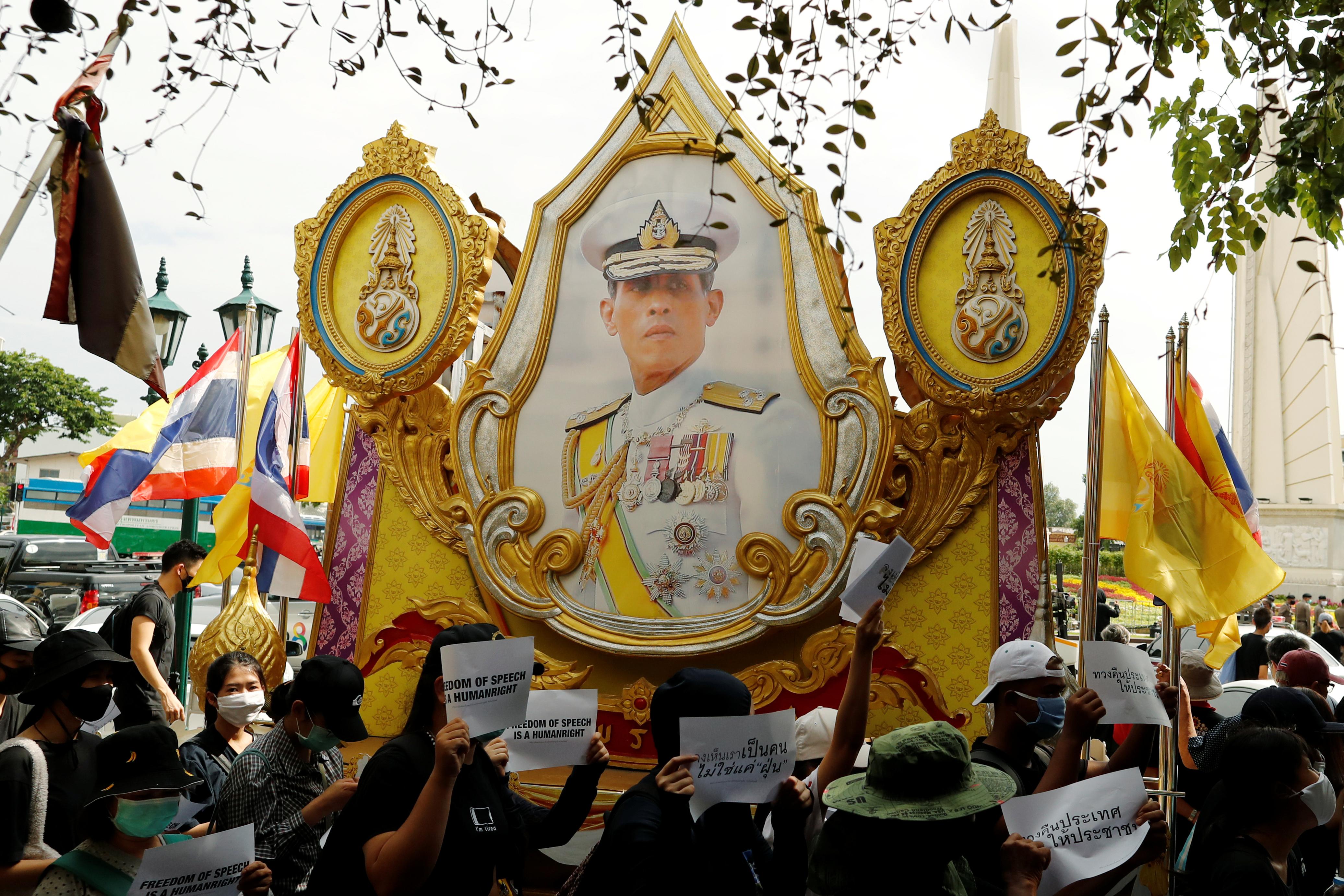 Demonstrators said Sunday’s protest would show broader support for change in the Southeast Asian country beyond the student groups that have organised almost daily protests for the past month.

“We are here from all different groups, all different ages,” said Kukkik, a 29-year-old postgraduate student who only wanted to give one name, as protesters chanted, “Down with dictatorship, long live democracy.”

As well as demanding the departure of Prime Minister Prayuth Chan-ocha, a former junta leader who won disputed elections last year, some student groups have also called for curbs on the powerful monarchy – once a taboo subject.

Protesters gathered at Bangkok’s Democracy Monument for one of the biggest demonstrations since Prayuth took power in a 2014 coup.

Police said around 600 officers had been deployed to keep order.

Several dozen royalists in yellow shirts to symbolise their support for the monarchy also held a demonstration, waving national flags and holding up gold-framed portraits of King Maha Vajiralongkorn and other members of the royal family.

“I don’t care if they protest against the government but they cannot touch the monarchy,” said Sumet Trakulwoonnoo, a leader of the royalist group, Coordination Center of Vocational Students for the Protection of National Institutions (CVPI).

“We are here to observe the other protest, whether they offend the monarchy or not, and will take legal action if they do,” he said, while stressing that the group was there peacefully.

Bangkok was roiled by more than a decade of often violent clashes between yellow shirt protesters and rival red shirts loyal to former prime minister Thaksin Shinawatra, but the new wave of protests has not been violent so far.

Some former red shirts joined the demonstration on Sunday.

“The students came out for a few weeks and I want to support them,” said Thanyarak Suksarard, 50, a veteran of past red shirt protests. “I support their call for political change.”

Anti-government anger has been fuelled by the arrest of three of the student leaders over accusations of breaching restrictions in organising earlier protests.

The student leaders have been released on bail pending further investigation, but police say arrest warrants have been issued for a further 12 protest leaders.