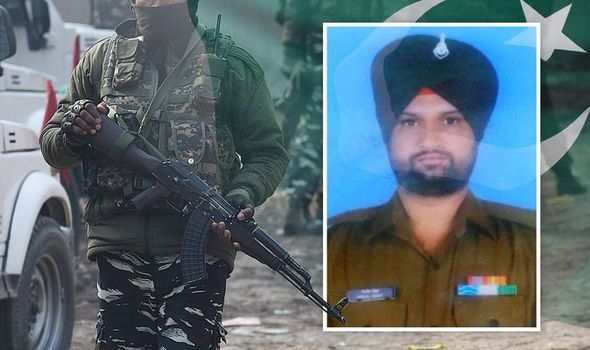 According to local media reports, the soldier was killed this morning by a Pakistani sniper. The soldier, Havaldar Nirmal Singh, was taken to hospital but later succumbed to his injuries. The Line of Control separates the regions of Kashmir which are administered by both Pakistan and India.

According to CNN reporter, Aditya Raj Kaul, the soldier was killed in the India Jammu sector.

He reported: “Indian Army soldier killed in action in sniper fire by Pakistan at Line of Control in Krishnaghati Sector of Jammu & Kashmir.

“The soldier Havaldar Nirmal Singh was evacuated to a hospital but succumbed to his injuries soon after.”

The Indian government has previously accused Pakistan of killing soldiers in the region.

This is a breaking news story, more to follow…