NEW DELHI (Reuters) – Indians burned portraits of Chinese President Xi Jinping on Thursday as families cremated the remains of some of the 20 soldiers killed in brutal hand-to-hand fighting with Chinese troops in a disputed mountainous border region. 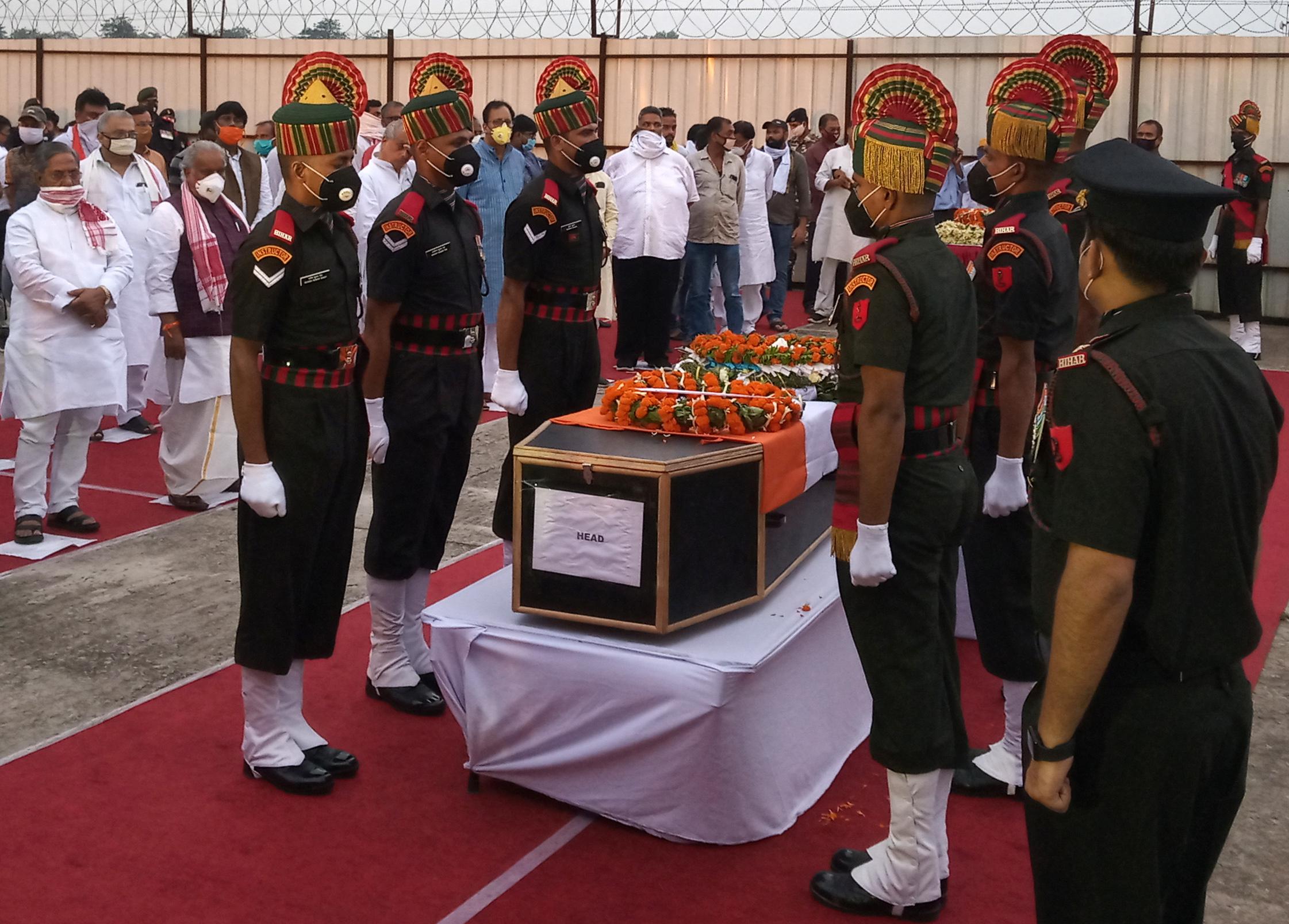 Troops remained on alert at the Galwan Valley in the Ladakh region of the western Himalayas three days after the clashes, in which India said China had also suffered casualties. China has not given details of any deaths or injuries among its troops.

Indian Foreign Minister Subrahmanyam Jaishankar spoke to senior Chinese diplomat Wang Yi on Wednesday and the two sides agreed not to take any steps to escalate matters and instead ensure peace and stability on the contested frontier.

An Indian official said senior military officers from both sides were holding talks on Thursday to defuse tensions. The talks were ongoing, the official said.

But both Jaishankar and Wang Yi traded blame for the deadliest border clash since 1967 and called for the other side to rein in their troops.

“The need of the hour was for Chinese side to reassess its action and take corrective action,” the Indian foreign ministry quoted Jaishankar has telling Wang.

The Chinese diplomat said India must punish those responsible for the conflict and control its frontline troops, the Chinese foreign ministry said.

Hardline nationalist groups with ties to Prime Minister Narendra Modi’s Bharatiya Janata Party have stepped up calls for a boycott of Chinese goods and a cancellation of contracts with Chinese firms.

China’s Oppo cancelled the live online launch of its flagship smartphone in India.

Scores of people shouted “Victory to Mother India” as the body of Colonel B. Santosh Babu, the seniormost Indian officer killed in the clash, was taken in a flower-bedecked military truck to his home-town of Suryapet in southern India.

Funerals of other soldiers will also be taking place in their hometowns and villages.

Residents in the northern city of Kanpur held a mock funeral of Xi and burned his portrait, shouting anti-China slogans. While in Cuttack, in eastern India, an effigy of Xi and a Chinese flag were burned.

In the western Indian city of Surat, a group of people gathered on Wednesday and threw a Chinese-made television set on the ground and stomped on it in a show of protest.

“In the current situation, the China issue should not be taken lightly…In many cases, there may be Chinese money invested, but I think the regular things we buy from the market, one should certainly make sure that we avoid Chinese products,” Food and Consumer Affairs minister Ram Vilas Paswan told the Economic Times.

Russia, which is close to both nations, said on Wednesday it hoped India and China would find mutually acceptable ways to ensure security on their border, Interfax news agency reported.

Rising tensions with China – whose economy is five times bigger than India’s and spends three times as much money on its military – has become Prime Minister Narendra Modi’s most serious foreign policy challenge since he took power in 2014.

A strident nationalist, Modi was elected to a second five-year term in May 2019 following a campaign focused on national security after spiralling tensions with old enemy Pakistan, on India’s western border.

Following Monday’s violence, he is under pressure from the opposition and the gung-ho Indian media to respond strongly to China.

China and India fought a brief border war in 1962 and have had occasional flare-ups when patrols have confronted each other at the poorly defined Line of Actual Control, the de facto border.

Under agreements in the 1990s, the two sides have said they will not use arms near the border. But on Monday night, hundreds of soldiers fought with iron rods and clubs studded with nails in the freezing heights for several hours.