NEOM is the name given to the proposed cross-border city in the Tabuk Province of northwestern Saudi Arabia. It is the vision of Saudi Arabia’s current deputy Prime Minister, Prince bin Salman, who also serves as the Chairman of the Council for Economic and Development Affairs, Council of Political and Security Affairs, and Minister of Defence. He has been described as the power behind the throne of his father, King Salman and is believed to be worth around $3billion (£2.2billion).

He announced plans for the city at the Future Investment Initiative conference in Riyadh, Saudi Arabia, in 2017, to incorporate “smart city technologies” and also function as a tourist destination.

The site is near the Red Sea, the Strait of Tiran, and the borders of Egypt, Israel, and Jordan and it is hoped that the first section of NEOM will be complete by 2025.

The narrator said: “Special Economic Zones are areas within a country’s borders that have different laws than the rest of the country. 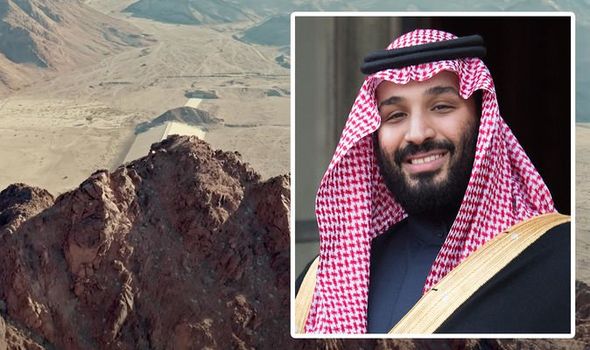 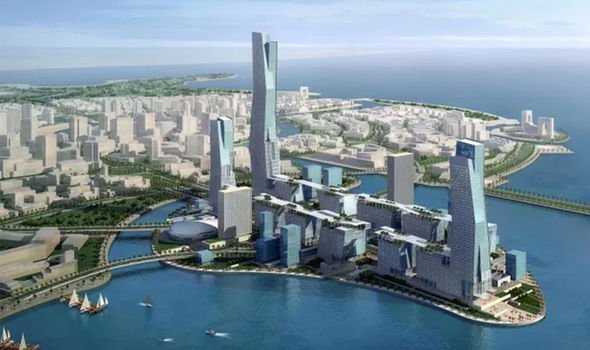 “Typically the variants in laws or policies involve investing, taxation, trading, quotas, customs and labour regulations and this is to encourage businesses to establish themselves in the zone.

“The zones are created for various reasons, such as increased trade, increased investment, job creation.

“Dozens of countries in the world have special economic zones, including China, Mexico, Greece, India, Poland and many more.

“And Saudi Arabia wants to establish their own Special Economic Zone in NEOM.” 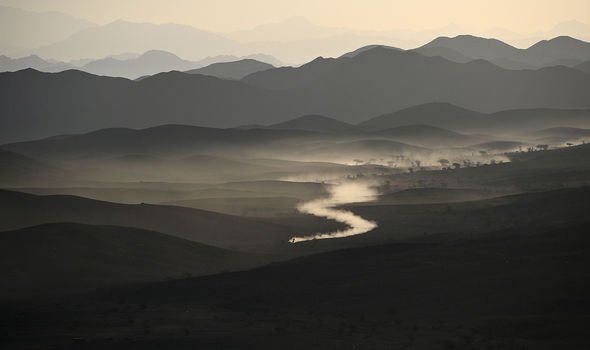 And the video explained why.

It added: “Over the years, the price for oil has dropped significantly which has really hurt countries that rely on oil like Saudi Arabia.

”Petrol and Diesel fuelled vehicles have started to shift toward hybrid or electric motors, altogether lowering the demand for oil.

“Also, the US has recently produced more oil than ever before, hitting an all-time high in 2018.

“Prince Mohammed bin Salman announced the megacity NEOM as a move away from this reliance.”

The region selected for NEOM has a relatively mild climate compared to most of Saudi Arabia. 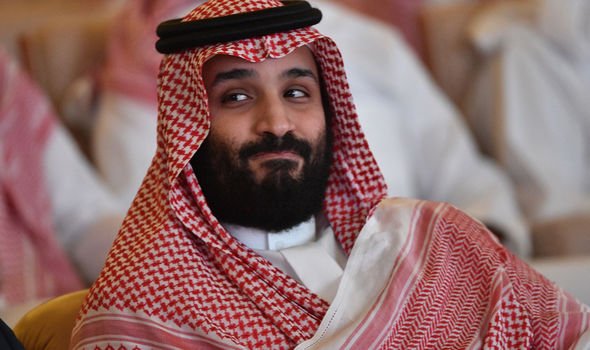 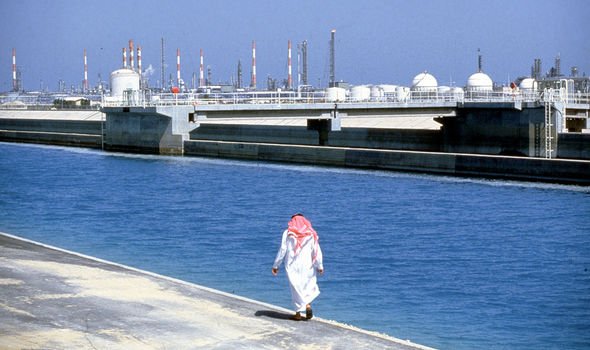 And the YouTube documentary detailed why it has huge potential.

It continued in 2017: “The name NEOM means ‘New Future’ and comes from two words and two languages.

“First is the Greek word NEO meaning new and then the M stands for the Arabic word Mostaqbal, meaning future.

“NEOM will be massive, at over 10,000 square miles and it will be more than 33 times larger than New York City and a little less than Massachusetts.

“Located in the North-West corner of Saudi Arabia, NEOM loosely connects the three continents of Africa, Asia and Europe and hopes to be a leading global hub.

“In the future, 70 percent of the world’s population will be able to reach it in under eight hours.”

Tragic final moments of girl, 7, crushed by tyre show her playing in shop