LAGOS, Nigeria — The financial burdens caused by invasive pests and plants in Africa may total more than $3.5 trillion per year, according to a study published Thursday.

The finding, published in the journal CABI Agriculture and Bioscience, adds to a list of food security challenges in Africa that includes climate change, armed conflict and a raging locust plague.

“The high cost was surprising to us,” said René Eschen, a scientist with the Center for Agriculture and Bioscience International, a nonprofit research group, and lead author on the project. “Our study demonstrates that there is an urgent need for measures to mitigate current impacts of invasive alien species and prevent the spread of new alien species across Africa.”

Invasive alien species can be introduced into an ecosystem intentionally or by accident. Sometimes, for example, harmful organisms are introduced in pest-control efforts that go wrong. Invasive species can also hitch a ride to new areas when produce is shipped to faraway markets. In new habitats, they sometimes thrive because their usual predators are absent. They can cause ecological harm to native plants by destroying crops, competing with local species for nutrients and degrading land.

Corn, cassava and tomatoes, staple crops in many African countries, have been hit hard by foreign species in the past. 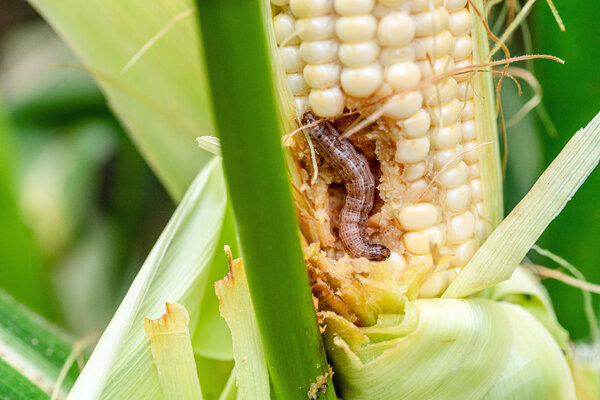 Led by the Center for Agriculture and Bioscience International and jointly written by researchers from Africa and Europe, the study was based on data from 2019 and is the first, according to the authors, to estimate the economic burden of invasive alien species in Africa, the continent least equipped to respond to the damage they cause.

In total, countries lose $3.66 trillion annually, the study estimated. Much of that is related to labor, like removing weeds. The study also cited grassland losses that reduce income from livestock.

The burden for Nigeria, Africa’s most populous country, is about $1 trillion per year, researchers said. They placed losses at $317 billion for the Democratic Republic of Congo, $248 billion for Niger and $229 billion for South Africa.

Data on invasive alien species, or I.A.S., in Africa is scarce, and getting the material for the study was “challenging,” Dr. Eschen said, so researchers relied on estimates in some cases.

Weeding costs, for example, were based on farmed areas in each country and average wages for farm hands. The authors used openly available data from organizations like the International Union for Conservation of Nature and the United Nations Food and Agriculture Organization. That was supplemented with a survey of 110 agricultural experts from 30 African countries.

For countries with insufficient data, they used numbers from areas with similar climates. Western Sahara, Djibouti and Equatorial Guinea were omitted altogether.

The study’s estimates for labor represent opportunity costs more than actual wages, the authors said. Small-scale farming and weeding, for example, are often carried out by women and children, and that labor is generally unpaid. “If people didn’t need to weed I.A.S., they could do something else, such as going to school or undertaking an income generating economic activity,” Dr. Eschen said. “Even though the estimate doesn’t reflect paid salaries, it is an indication of the effort needed to deal with these species.”

To stem the losses, Dr. Eschen said, governments must be proactive.

“Investment to find more efficient ways to tackle I.A.S. — including prevention of new species establishing and established species from spreading further — as well as cost-efficient management of widespread species using, for example, biological control, could reduce management costs and yield losses,” he said.