Iran 'attack' labelled 'more than an accident' by officials

It follows a successful attack – said to have been carried out by Israel – at the Natanz underground nuclear facility in which thousands of centrifuges were destroyed. “The damage was substantial. There are tremendous forces at work with 6,000 spinning centrifuges and when you cut the power suddenly, they can quickly break. The shrapnel from just one can cause considerable damage to the rest,” said Olli Heinonen, a former deputy director general of the International Atomic Energy Agency last night.”

While Iran could resume production within three months, it was yet another example of sabotage facilitated by inside help, he said.

“There are those who don’t buy this programme and they’re willing to cooperate to delay it,” he said.

“We can see the pattern repeated over the last ten years, from the Stuxnet virus attack in 2010 to the assassination of Iran’s chief nuclear scientist Mohsen Fakhrizadeh last year.“Certainly, what happened in Nantaz required cooperation from professional engineers.”

Last week  the US, Britain, France, Germany, China and Russia met with Iranian counterparts in Vienna in a bid to resuscitate the failed nuclear deal, known as the Joint Comprehensive Plan of Action, aimed at curtailing the Islamic regime’s ability to possess nuclear weapons. 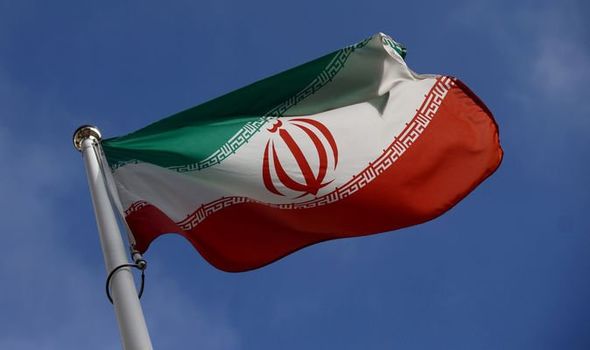 But Iran and the US are in deadlock, with Tehran insisting that sanctions be lifted before it ceases work on advanced centrifuges and increased enrichment – the limits imposed by the deal are just 3.76 percent.

The impasse was strengthened by the regime’s  decision to increase uranium enrichment to 60 percent following the attack – 90 percent is needed for nuclear weapons.

Dr Heinonen, now a Distinguished Fellow at the Stimson Center think tank, added: “What we are seeing is a reminder of the flaws of the JCPOA, which had a 15-year sunset clause,
“There would have been nothing to stop Iran ramping up its enrichment in eight years time, 13 years into the 15-year deal, for instance.”

On Friday Maryam Rajavi, the President-elect of opposition group the National Council of Resistance of Iran, told a group of French MPs that Iran was facing a stalemate of its own.

“If Iran accepts the demands of the international community and stops violating its commitments, the Supreme Leader, Ali Khamenei, will lose his hegemony and the way will be opened for great popular uprisings,’ she said.

“If, instead, the regime chooses to confront the West and continues to violate the agreement, it will have to pay a high price.

“This is especially true since Europe and the United States are united now. “