Ultranationalist Israelis are are trying to hide their activities by creating private online groups where members must prove who they are in order to gain access.

One such group told its prospective members they were trying to block “police, Arabs and journalists” from tracking them.

Sky News has been examining active Israeli ultranationalist social media accounts, which are breeding grounds for hate-speech and are being used to organise anti-Arab attacks in Israel. 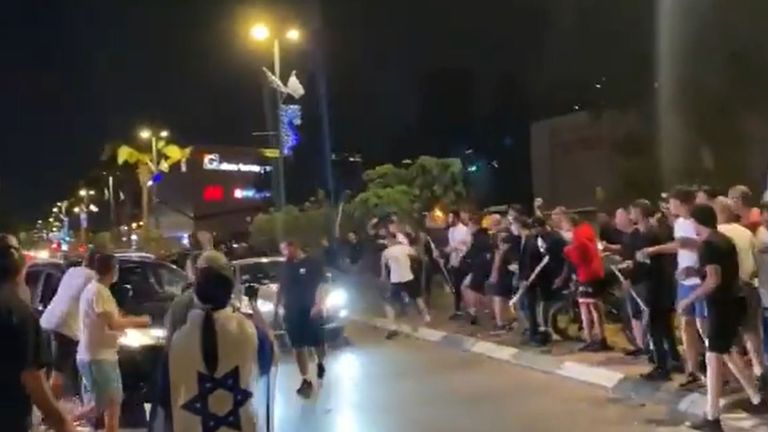 Some of the groups are now under review or have been removed since they were flagged to Facebook as part of our investigation.

The encrypted messaging app Telegram previously took down some channels, including one with “war group” in its title and another called Death to Arabs.

The current conflict between Israel and Palestinian militants in Gaza has sparked riots and incidents of street-violence between Jewish Israelis and Arab Israelis in towns across the country.

Israel has seen a growth in ultranationalist sentiment among a small proportion of Jewish Israelis in recent years.

Some are now organising themselves on social media, with reports that an attack on an Arab man who was pulled from his car and beaten in the streets of Bat Yam in mid-May had been co-ordinated on Telegram.

One Telegram group, whose members call themselves a civilian army, boasts it grew to around 6,000 users before being shut down. The users have regrouped and their channel currently has more than 400 users.

Users in this group have usernames including Death to Arabs and Every Arab killed is a holiday for us.

Graphic and offensive images and videos are shared widely in the chat. 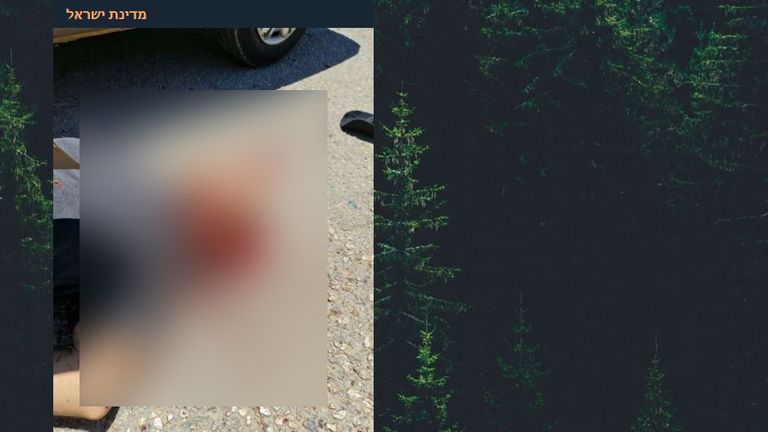 One member with the Telegram username State of Israel shared an image of a man who had been shot in the head. It has the caption ‘Father of all Arabs’.

The group works to organise and instruct its members. It issues calls to boycott Arab-run stores. One message calls on the users to “burn mosques”, while others ask users to patrol and defend synagogues.

Efforts to organise can also been seen in an unofficial Facebook group and WhatsApp group connected to Otzma Yehudit (meaning Jewish Strength), a far-right Israeli political party. A number of posts written in English call for armed support at key demonstrations in Israel, where it is legal to carry a gun.

“In Lod there is a call for all those who carry a weapon to come asap to Lod to help save Jewish lives. Yes, it’s that bad. I emphasize [sic]: ONLY those with weapons!”, reads one post, with a different user referring to Arab Israelis as “the enemy” in a reply. 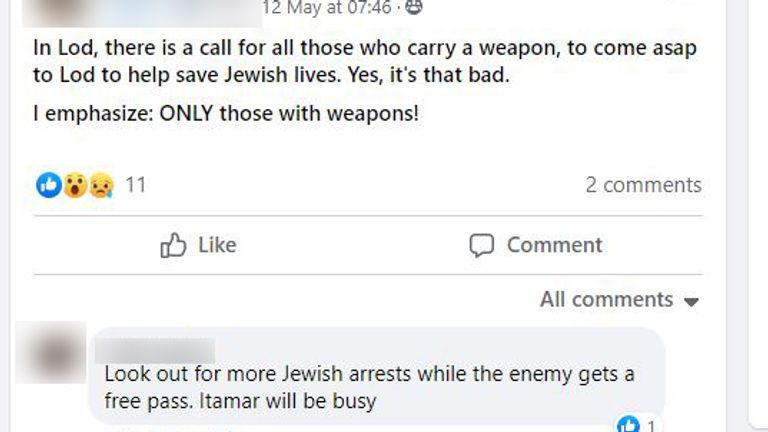 Facebook removed the page after Sky News sent the social media company evidence of the messages in the group.

Another group, this one linked to La Familia, the far-right, football supporter group of the Israeli Premier League club Beitar Jerusalem, was taken off Telegram. The group had been called La Familia – Death to the Arabs.

La Familia made headlines once again last week after an Israeli journalist said her crew was physically attacked by the group while reporting on the unrest in Lod.

In Bat Yam, videos emerged that appeared to show La Familia members destroying a shop that was owned by an Arab.