Donald Trump’s daughter deleted her message, which called for calm while praising the rioters for loving the US. She said: “American patriots – any security breach or disrespect to our law officials is unacceptable. The violence must stop immediately. Please be peaceful.”

She was immediately accused of calling the violent activists – who were accused of an armed insurrection by CNN – patriots.

Ms Trump replied: “No. Peaceful protest is patriotic. Violence is unacceptable and must be condemned in the strongest terms.”

The protests were carried out by Trump supporters refusing to accept the result of the US election.

They intended to delay the official confirmation of the results and block the peaceful transition of power. 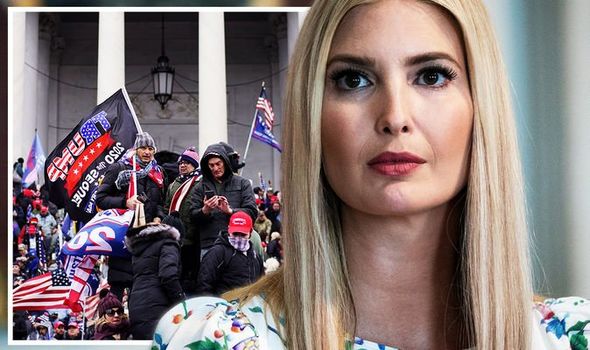 Hundreds stormed the US Capitol grounds, tearing down barriers and marching on the seat of power, with lawmakers inside forced to evacuate.

A smaller number made it inside the building, powering passed outnumbered police officers and storming offices and assembly halls.

Four people died during the chaos – one from gunshot wounds and three from medical emergencies.

All the while, Mr Trump himself stoked tensions by repeatedly claiming the US election – which he lost heavily – was stolen. 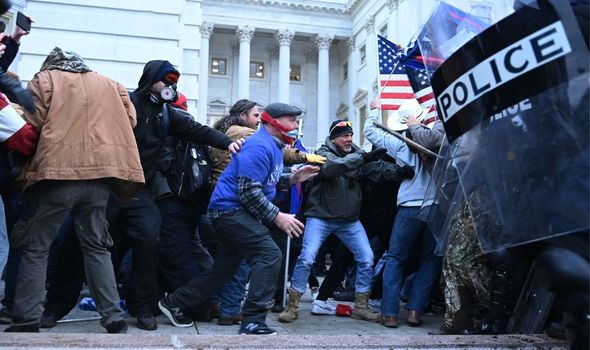 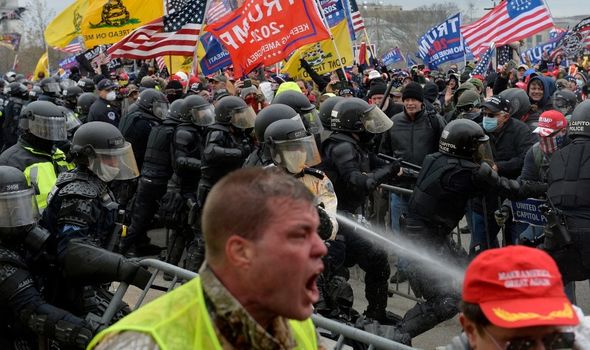 He had earlier posted a series of false claims on Twitter, before his account was suspended in an unprecedented move.

Twitter Safety posted: “As a result of the unprecedented and ongoing violent situation in Washington, DC, we have required the removal of three realDonaldTrump Tweets that were posted earlier today for repeated and severe violations of our Civic Integrity policy.

“This means that the account of realDonaldTrump will be locked for 12 hours following the removal of these Tweets. If the Tweets are not removed, the account will remain locked. 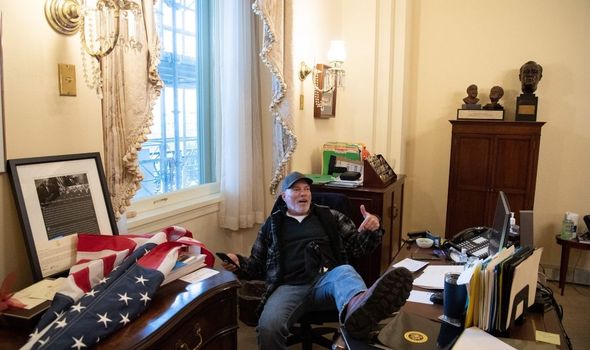 “Future violations of the Twitter Rules, including our Civic Integrity or Violent Threats policies, will result in permanent suspension of the realDonaldTrump account.”

Twitter had earlier added a warning to the outgoing president’s video, which read: “This claim of election fraud is disputed, and this tweet can’t be replied to, retweeted, or liked due to a risk of violence.”

Mr Trump’s since-deleted video was viewed more than 10 million times in less than an hour on Twitter.