TOKYO (Reuters) – Advocates of changing Japan’s century-old tradition of starting the school year in April, when cherry blossoms bloom, are seizing on school closures caused by the coronavirus as a chance for reforms they say will internationalise education. 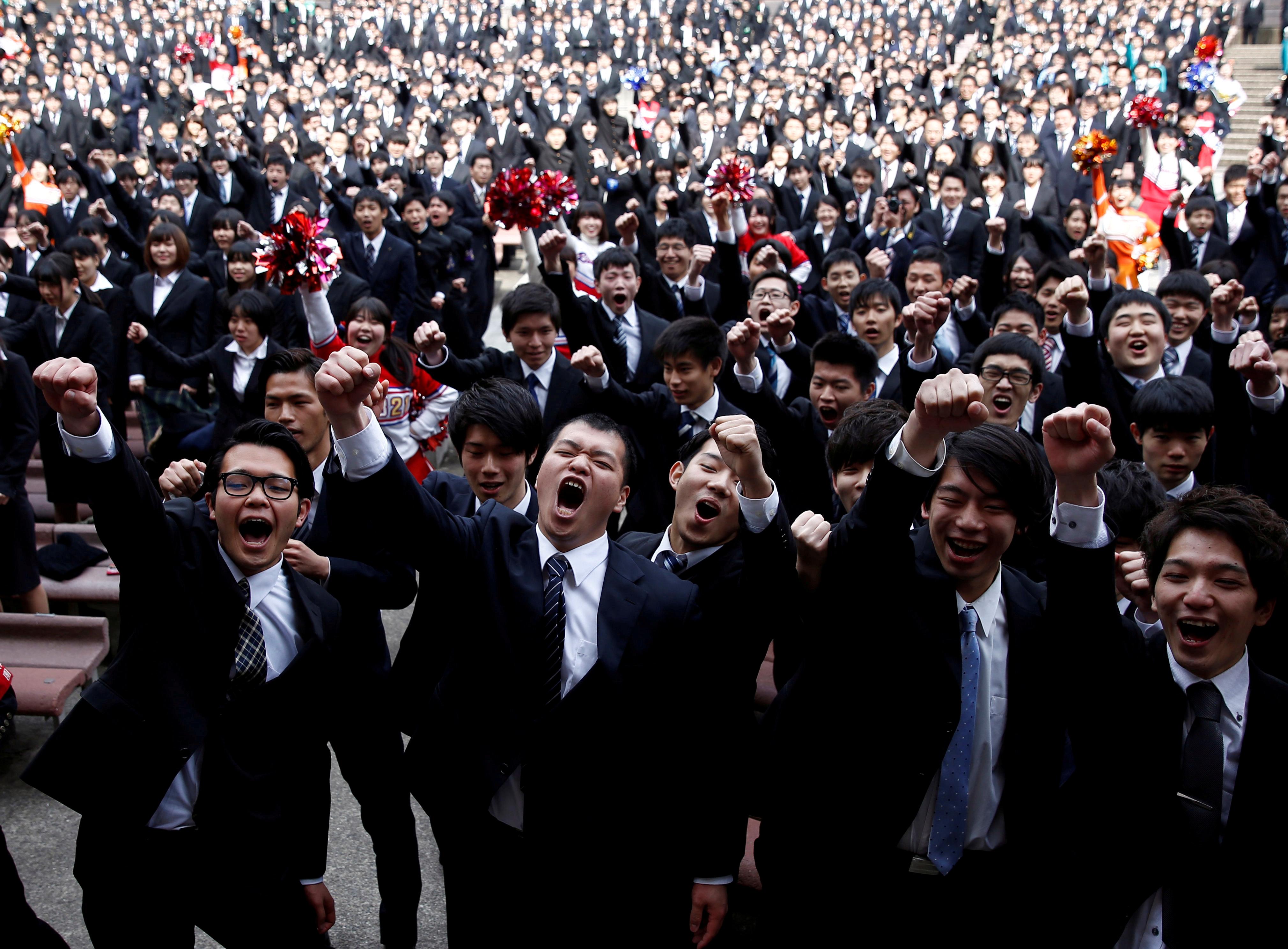 The proposed shift to a September start, in line with many Western countries, has huge implications for corporate recruitment, since most firms hire en masse after students graduate in April, when the financial year also begins.

“It’s a golden opportunity,” said Kunihiko Miyake, research director at the Canon Institute for Global Studies, who said the change would reverberate through society.

“It would dramatically change people’s mindset, education and recruitment and make this society … more flexible so we can survive.”

Worries about a truncated academic year after schools shut in March because of the coronavirus outbreak ignited debate over the change, which won backing from some high-profile politicians including Tokyo Governor Yuriko Koike.

The idea has been around for decades. A 2011 proposal by the president of the University of Tokyo failed to gain traction, despite backing from big business lobby Keidanren.

But now surveys show many voters and most regional governors are in favour, though most governors oppose a change this year. Prime Minister Shinzo Abe’s Liberal Democratic Party (LDP) has set up a working group to make recommendations next month.

“I’m eager to change the situation in a global manner. It’s a big chance, but we have to advance step by step,” Masahiko Shibayama, a former education minister heading the working group, told Reuters.

But introducing the change this year, however, would be a stretch, he said.

Supporters of the reform say a September start would make it easier for foreign students to come to Japan and Japanese to study abroad.

The number of such Japanese college students studying abroad peaked in 2004 before going into decline. Government efforts have boosted the numbers studying overseas but for most of them it’s just for a short-term stay, often of a month or less.

That’s largely because most Japanese companies hire new university graduates in April, so students who go abroad fear losing their chance to apply for jobs.

Some bigger firms have already become more flexible about when they hire in response to a labour shortage and competition for workers with high-tech skills.

But smaller companies, which employ about 70% of Japan’s workforce, would find it hard to cope.

“But smaller companies … cannot adjust to recruitment throughout the year right away, so we will have to transform the industrial structure, the entire Japanese social system, to adapt to a global standard.”

Other changes are also needed to promote study abroad and lure foreign students, such as more courses in English, Tanaka said, calling focus on a September start “naive”.

Companies, too, would have to become more welcoming to new hires with overseas experience, educators said.

“There is a lot of lip service to globalisation by Japanese industry, but by and large the expectation for Japanese universities is to supply corporate soldiers,” said Andrew Horvat, a visiting professor at Josai International University.

The change is far from a done deal.

Critics say efforts should focus now on helping children catch up through online learning and other steps, not a new calendar.

Some also worry about breaking with tradition.

“But it’s not only a business or social change, it might be a big change in Japanese tradition or culture and my hesitation is there – cherry blossoms are the symbol of a new start.”