Japan’s Princess Mako has married her commoner boyfriend and left the royal family.

The emperor’s niece, who was engaged to her college sweetheart for years, suffered post-traumatic stress disorder (PTSD) over the scrutiny the pair were placed under.

Mako and Kei Komuro, both 30, announced their engagement four years ago.

The engagement was initially praised in the country, but tabloids reported on a money scandal involving Mr Komuro’s mother, which prompted the press to turn on him.

Their marriage was postponed and Mr Komuro left Japan to study in New York in 2018, and only returned to japan last month. 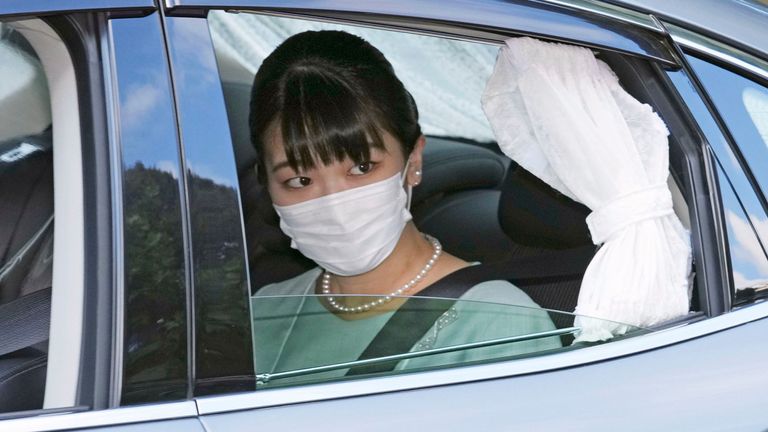 For them to get married, an official from the Imperial Household Agency (IHA), which runs the lives of the royals, submitted paperwork to a local office in the morning.

They decided to forgo the typical rituals and ceremonies of royal weddings, including a reception.

Mako also refused a one-off payment of around £944,000 typically given to royal women who marry commoners and become ordinary citizens.

Mr Komuro appeared outside his home in the morning wearing a dark suit and a tie. He bowed briefly to camera crews but said nothing.

The pair will move to New York where they will live together.

However, Mako will live on her own in Tokyo for some time after the wedding to prepare for the move. She will need to apply for the first passport of her life.