Joe Biden slammed by Democrat on pushing back policies

BBC Newsnight has discusses what challenges the President will face. Host Emily Maitlis and David Grossman, BBC US correspondent, noted the migrant crisis on the southern US border. Mr Biden has been criticised by Republicans and Democrats for his administrations handling of the situation, and is expected to face questions tomorrow.

Mr Grossman, after suggesting Mr Biden “doesn’t like being put on the spot” in press briefings, said the President has “plenty of questions to face”.

The correspondent noted immigration and the Mexico/US border as “one of those most difficult problems” facing the President ahead of the conference.

Ms Maitlis also noted that the number of migrants, and in particular unaccompanied children, are “really creeping up there”.

She also said: “It seems that they can’t quite decide whether to say ‘this is a humanitarian catastrophe’ or ‘nothing to see here and we won’t let the cameras in’.” 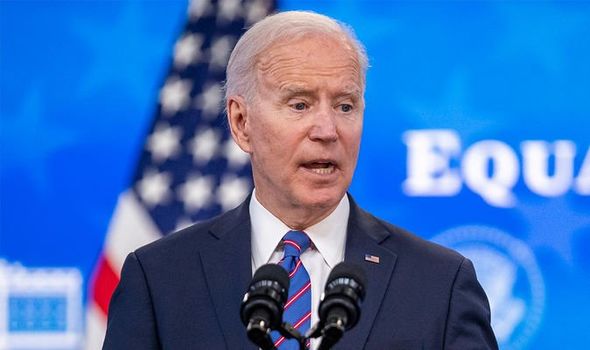 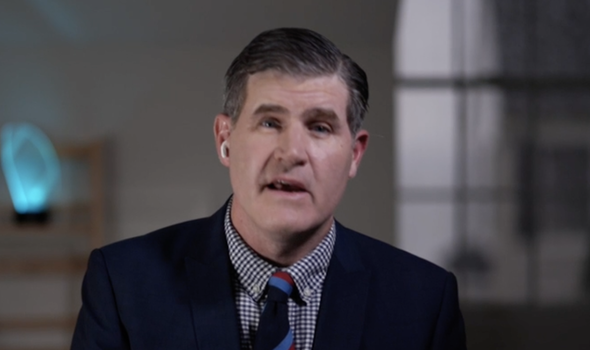 In response, Mr Grossman explained Mr Biden’s administration has been quiet on the situation, and will likely be pressed on the issue.

He said: “The short answer is we don’t really know what is happening there because the White House is under fire for not allowing independent observers or the press into the holding facilities, and you might remember that is something they criticised the Trump administration for not allowing.

“The numbers, as you say, suggest there is something of a crisis. The administration says that everyone but unaccompanied children will be sent back, so we’ve seen a wave of unaccompanied children, some 17,000 this month alone, quite in excess of the facilities that are there to help them.

“Expect the Republicans to try and hit the President hard on this, especially since they say that he advertised that there would be this gentler immigration policy and he made great play on the first day of his administration of halting construction on that Trump border wall.” 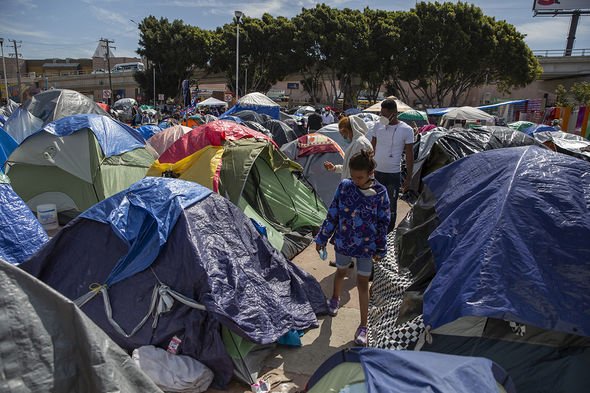 Troy Miller, the acting CBP commissioner, said on a call with reporters: “We continue to struggle with the number of individuals in our custody, especially given the pandemic.”

Mr Biden has put Vice President Kamala Harris in charge of controlling migration, saying it is a “tough job” but that she was “the most qualified person to do it”. 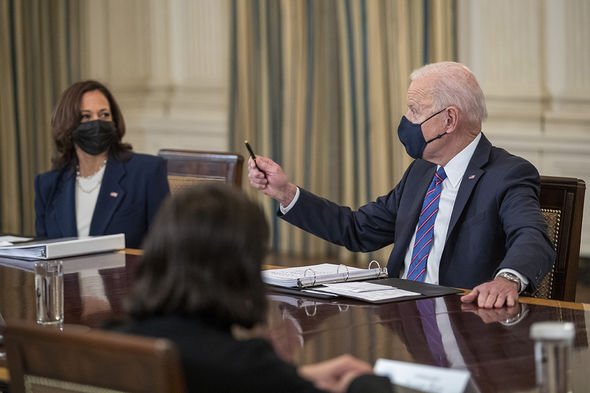 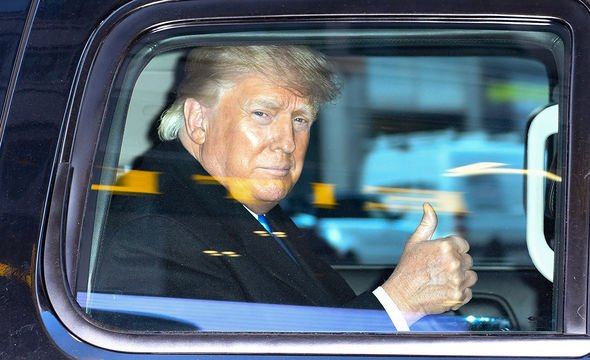 Former US President Donald Trump was widely criticised for his immigration policy, with Mr Biden repeatedly attacking the border wall and detention centres in the 2020 election campaign.

Mr Trump has lashed out at his successor through a statement issued through his office.

He said on Sunday: “All they had to do was keep this smooth-running system on autopilot.

“Instead, in the span of a just few weeks, the Biden Administration has turned a national triumph into a national disaster.

“They are in way over their heads and taking on water fast.”