PRISTINA (Reuters) – Kosovo’s prime minister said on Thursday his government would not attend U.S.-mediated talks with Serbia planned for the weekend at the White House after Kosovo’s president was formally accused of war crimes. 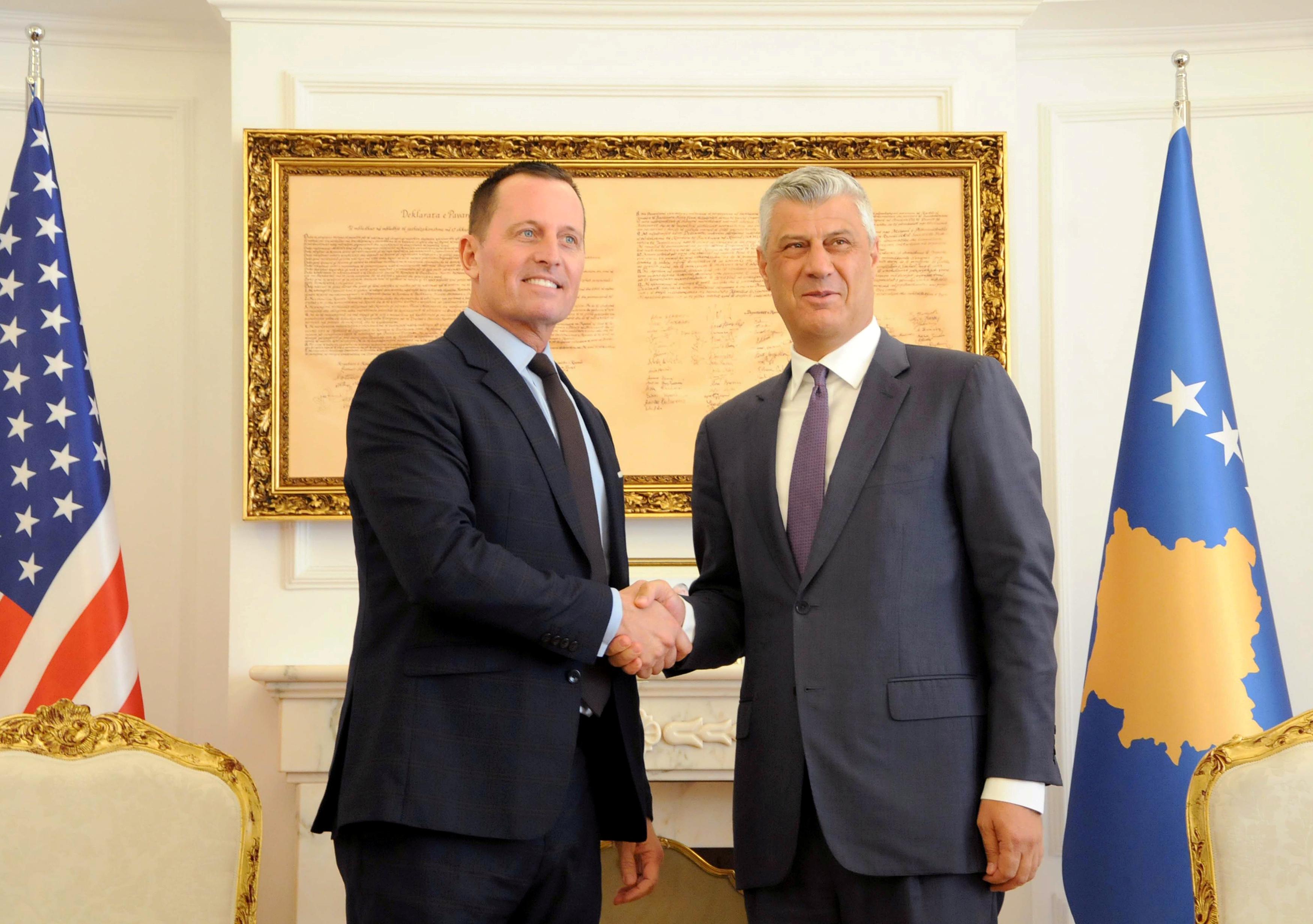 A special prosecutor’s office dealing with Kosovo’s 1998-99 uprising against Serbian rule said on Wednesday it had indicted Kosovo President Hashim Thaci at a Hague court for alleged crimes including nearly 100 murders.

Thaci and Prime Minister Avdullah Hoti had been due to meet with a Serbian delegation for the first round of U.S.-brokered negotiations aimed at normalising relations.

“Because of the new developments … I have to return to Pristina to deal with the situation,” Prime Minister Avdullah Hoti wrote on his Facebook page.

Hoti, who was in Brussels to meet European Union (EU) officials, said he had informed U.S. mediator Richard Grenell.

There was no immediate reaction from Belgrade on whether their delegation would also cancel.

Serbia does not recognise its former breakaway province, which became independent in 2008. They have been holding talks since 2011, with little progress.

Thaci, a former senior commander in the Kosovo Liberation Army (KLA), has not responded to Wednesday’s indictment in public but has previously denied involvement in any war crimes.

The Hague-based Specialist Chamber was set up in 2015 to handle cases of alleged crimes by the KLA during the war that led to Kosovo’s independence.

Though a Kosovo court, it is financed by the EU and sits in the Netherlands partly to help ensure protection of witnesses.

There was no immediate reaction from the U.S. government to Kosovo’s pullout from the talks.