Emmanuel Macron engaged in a furious row with several frustrated and exhausted doctors and nurses during a visit to a struggling hospital on Friday. The French President was confronted by furious medical workers, who berated Mr Macron for his response to the coronavirus crisis. However, Mr Macron hit back at the doctors and nurses, shouting that their claims we “not true” and “lies”.

This comes amid a plunge in poll ratings for the French Government’s response to the pandemic, which has ravaged much of Europe.

He visited Pitié-Salpetrière Hospital after hospitals had become quickly overwhelmed by tens of thousands of coronavirus patients.

French doctors used the visit to demand more investment and a rethink of the country’s public health system.

The French President acknowledged mistakes had been made, particularly cutbacks which had left medical facilities in one of the world’s richest countries short of staff, protective equipment and ventilators. 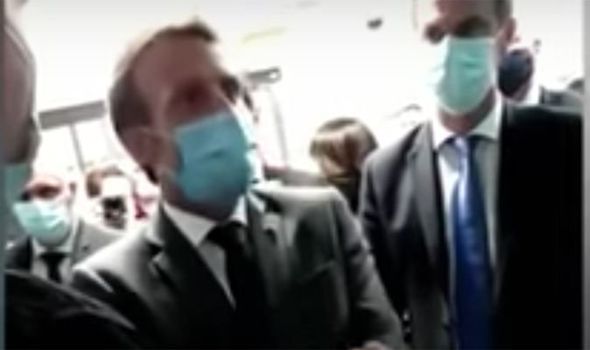 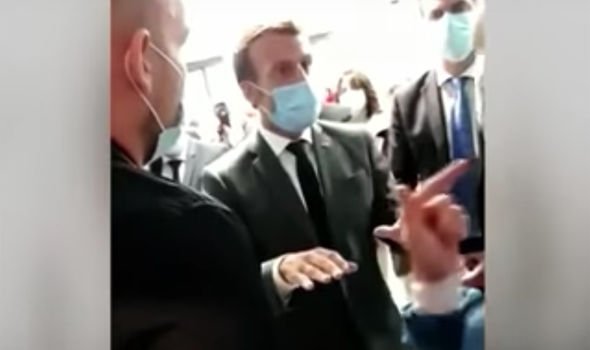 In one exchange, one nurse tells the French leader: “Mr Macron, we needed the coronavirus to happen so that you could realise the hospitals are suffering.”

The French President responded: “No it’s not true, that’s a lie.”

The nurse hit back: “We are the shame of Europe. We are suffering. We don’t have the necessary materials.”

Mr Macron then tries to end the conversation, telling the nurse: “Can I finish because really I need to go.” 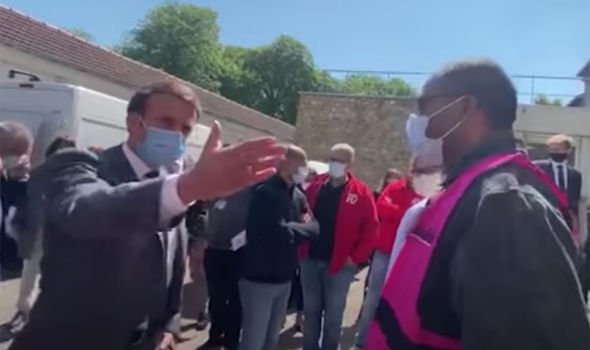 The nurse furiously reacts: “We do too, we have patients waiting for us.

“We are desperate. We no longer believe in you.” 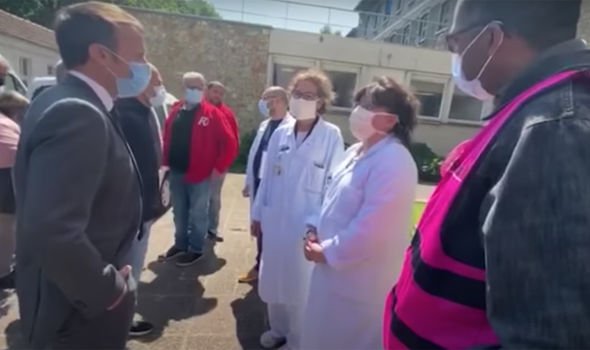 However, frustration among French hospitals had flared up prior to the virus outbreak, with several strikes and protests taking place last year following job losses.

In his visit on Friday, Mr Macron said: “We undoubtedly made a mistake in the strategy.”

The French government has said it will pay bonuses of 1,500 euros to all health workers and promised a special “medal of commitment” to all those on the COVID-19 front line.