The Mayans were a civilisation known for their architecture, mathematics and astronomical beliefs, who date back to 2000BC. Many of their impressive constructions still stand today in the jungles of southeast Mexico, Guatemala, Belize and western parts of Honduras. Puuc is the name of a region in the Mexican state of Yucatan, which includes the ancient “forgotten” town of Kiuic – abandoned by the civilisation 1,200 years ago.

First documented in print by John Lloyd Stephens and Frederick Catherwood in the 19th century, modern-day archaeologist Dr George Bey has been excavating the area for a large part of his life.

And National Geographic’s ‘Lost World of the Maya’ documentary revealed how he made a breakthrough.

The series said: “For decades, archaeologists have pieced together clues from ruins discovered the old-fashioned way – on foot.

“In the heart of Mexico’s Yucatan region, the ruins of a forgotten Maya town of Kiuic emerged from the jungle without the help of aerial scans. 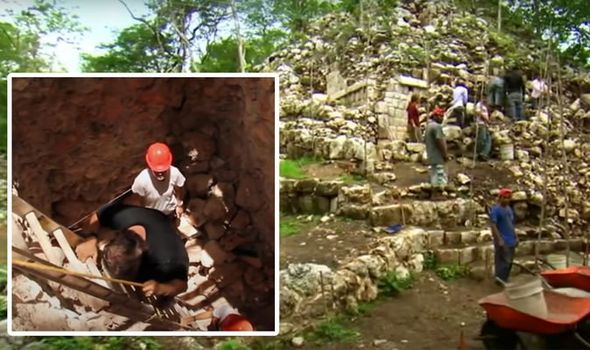 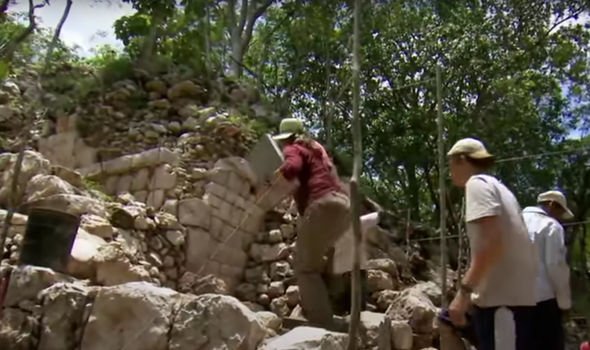 “In 800AD a local king ruled here and built an impressive pyramid shrine.

“So, on a hunch, archaeologist George Bey decided to sink a shaft straight through Kiuic’s pyramid.”

Dr Bey explained why he is so intrigued by this settlement.

He said: “This building represents an artefact that provides us with information about the evolution of Maya society. 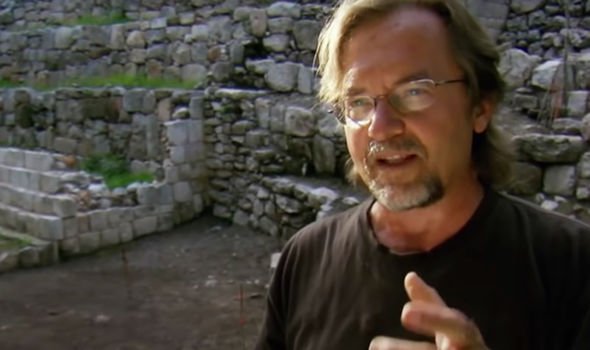 “By examining it, we hope to understand how Kiuic evolved.”

The narrator said: “Bey has been working in Yucatan for three decades coaxing from the earth a snapshot of what life was like for the Maya that lived here – called the Puuc Maya.

“21 feet into the hole, Bey and his team make an important find – though to the untrained eye it just looks like another piece of rubble.”

The expert detailed what his team uncovered.

Dr Bey added: “This is a vault stone – to us this is a very distinctive type of stone. 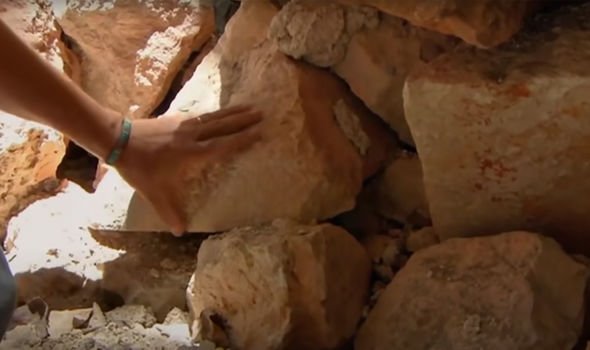 “Here is the flat face of it, and there’s a back part of it cut at an angle.

“That would have been stuck into the wall.”

And that was not all they found.

The narrator continued: “Vault stones were not used to build pyramids, but to hold up the ceiling of buildings.

“Yet, inexplicably, here is one deep inside a pyramid. 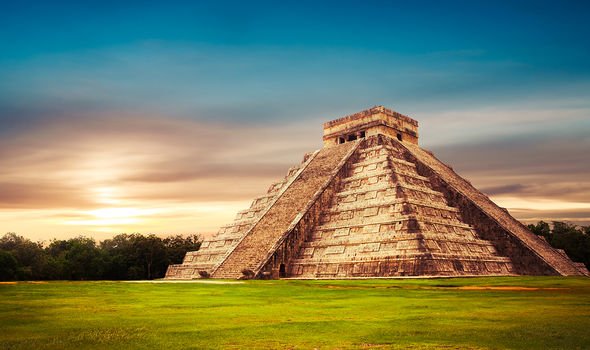 “When they dig deeper they find the foundation of an ancient building.”

Archaeologists have spent decades trying to map and understand the Maya, but thanks to a technology known as LIDAR (Light Detection and Ranging) they are now able to digitally remove the jungle.

This breakthrough in technology has revealed the ruins of a sprawling pre-Colombian civilisation that was far more complex than first thought.

Researchers have now mapped over 810 square miles in northern Peten by flying a plane armed with millions of lasers over the region, exposing 60,000 structures including houses, fortifications and causeways on a 3D map.