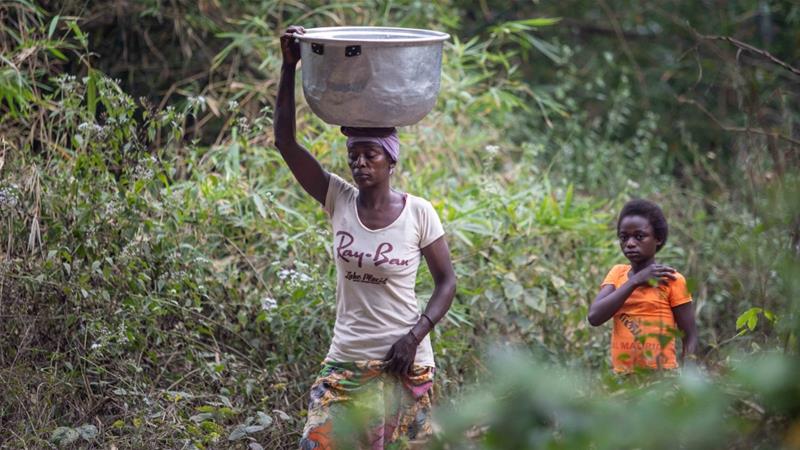 Mongala Province, DRC – Three months ago, Alphonsina Ekima emerged from the narrow jungle path leading to her village in the northern Democratic Republic of the Congo (DRC) to find a huddle of people gathered around her house.

Confused, she asked her neighbours what was happening. No one replied. Eventually, somebody broke the news. Her three-and-a-half-year-old daughter, Marie Bwana, was dead.

“I lost control, I fell down on the ground and cut my leg,” Ekima said, pointing to the scar. “The women gathered around to help me get into my house.”

Since the start of 2019, the DRC’s measles epidemic has infected more than 341,000 people and killed some 6,400, taking almost three times as many lives as Ebola over the same period.

“The actual mortality rate might be much higher, up to four or five times higher than what we see in official numbers because there are a lot of health structures that are not functioning properly,” said Karel Janssens, Doctors Without Borders’ (MSF) head of mission in the DRC.

“So, there’s a lot of community deaths that are not reflected in some of the official reports.”

While Ebola infections dry up, bringing the DRC’s almost 20-month outbreak close to an end, measles still rages on. The disease has spread to all 26 provinces of the vast country but has received a fraction of the funding and attention from international donors.

Channelling attention and resources to the Ebola outbreak, donors and government officials were blindsided by the developing measles catastrophe, while the nation’s ailing infrastructure and healthcare system stymied an effective response. And now, the coronavirus pandemic has been unleashed on the world, complicating an already challenging situation.

“It’s obvious the priority will be given to COVID-19 in the coming weeks and months,” said Vincent Sodjinou, the head of the World Health Organization’s (WHO) measles response.

“The priority [before] was on Ebola, and it wasn’t easy to mobilise funds,” he added. “For measles, it was difficult for us to fight. It was a daily fight.” 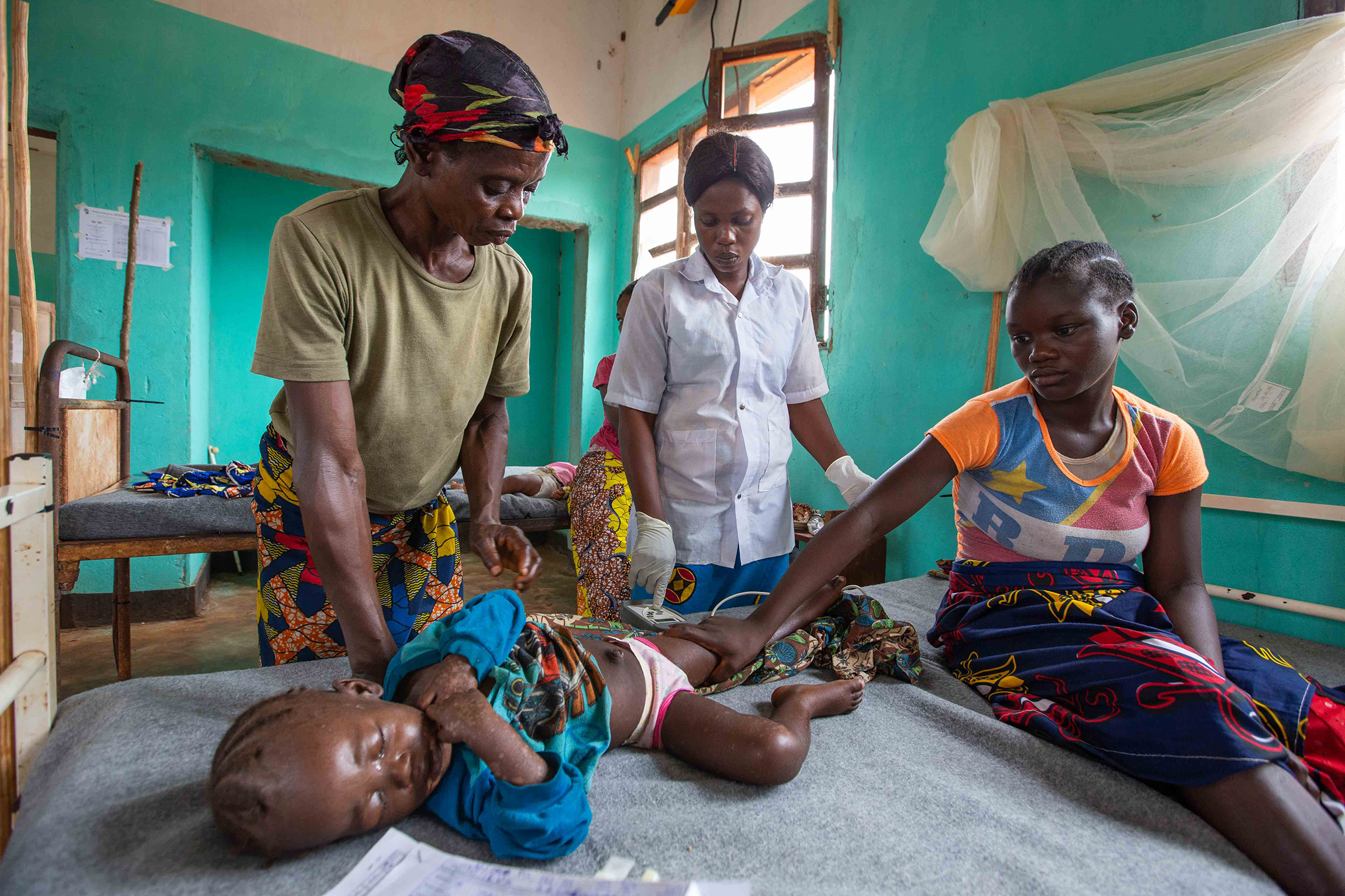 For Marie, the youngest of Ekima’s eight children, the fight started with a fever and a cold.

“In the night, she developed complications, she had problems breathing, her body hurt everywhere,” Ekima recalled. “She couldn’t sleep; she was always changing positions.”

Like almost 20 percent of the DRC’s population who are severely food insecure, Ekima and her husband have been struggling to grow enough to feed their family from their small plot of land, let alone produce a surplus to sell. And, despite the government’s policy to provide free measles treatment, local health centres continued to charge patients, according to Sodjinou.

Unable to afford medical fees and concerned at her daughter’s deteriorating state, Ekima took her to a traditional healer – to no avail.

The next day, while her husband took Marie back to the traditional healer, Ekima went to wash clothes at the local stream. 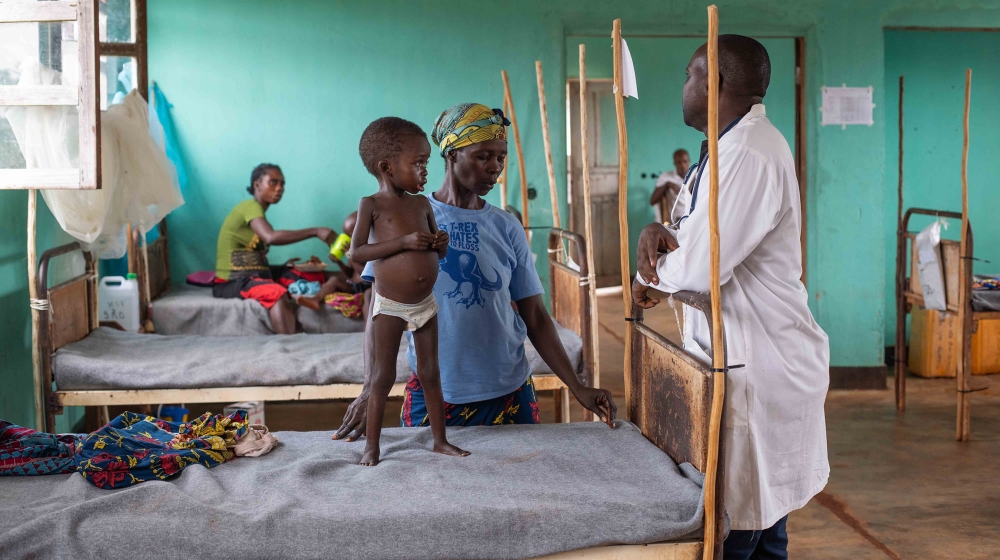 Last year, the DRC’s Ministry of Health led an effort to vaccinate 18 million children against the measles across the country, using $22m of donor funding – excluding MSF’s contribution.

In comparison, USAID alone has spent $569m since the start of the Ebola outbreak, according to the US State Department, while the total funding for the Ebola response is unclear.

Spending much of her time at her farm far from Macau, Ekima was not aware of a government-led vaccination campaign in December. But even if Marie had received the vaccine, it may not have worked.

All seven of a neighbouring family’s children received the government-administered vaccine. But their mother, Madda Maddo, said they all subsequently contracted the disease and the youngest, Ephraim Liwewe, died.

Measles itself is not lethal, but sufferers can develop complications such as pneumonia as well as eye and respiratory issues that can be fatal. People with weakened immune systems, such as those suffering from malnutrition or malaria, are particularly vulnerable.

In countries with advanced healthcare, the measles vaccine works upwards of 85 percent of the time, according to Patricia Tanifum, a measles expert at the WHO. But in remote corners of the DRC, where the health system and road network have suffered decades of conflict, underfunding and neglect, the virus thrives.

Some five million children in the DRC are acutely malnourished, which means the effectiveness of the vaccine is reduced. When vaccinated, malnourished children are less able to develop the immunoglobulin against measles, leaving them vulnerable, Sodjinou said.

Meanwhile, about 1 percent of rural areas have access to electricity from the national grid, making it hard to deliver and store temperature-sensitive vaccines such as measles that need to be kept between 2 and 8 degrees Celsius (35.6 and 46.4 Fahrenheit).

“If not kept in the right range of temperature … it would be correct to compare it to a water injection given to children,” said Philippe Mpabenda, MSF’s head of measles response in Boso Manzi.

Furthermore, local health workers often lack the technical knowledge to oversee vaccinations and manage the cold-chain, the process of storing and moving vaccines in a cool environment. 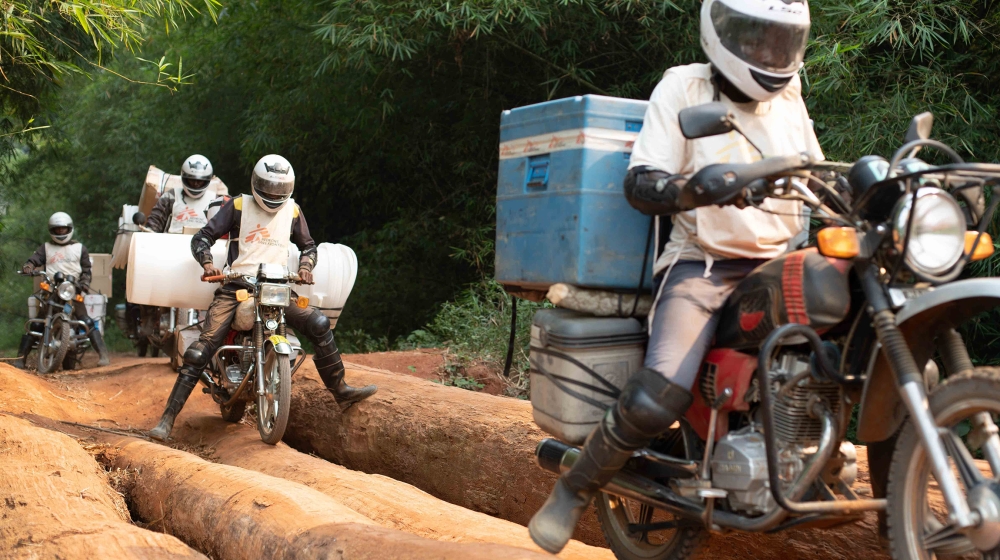 The challenge of transporting an effective vaccine from a factory to a village like Macau is a logistical nightmare. The DRC is about seven times the size of Germany but has less than 0.5 percent of the paved roads compared to Germany.

“Sometimes you can find a village which is 100km (62 miles) from the health centre, and they don’t have a motorbike or cold-chain,” said Sodjinou.

Unreliable census data going back to the 1980s means that some communities in the DRC record more than 100 percent measles vaccination coverage yet, according to Sodijnou, a 2018 study organised by the WHO revealed that the actual vaccination coverage across the country was only 57 percent.

In response to the continued crisis, MSF launched various emergency vaccination campaigns since the end of 2018 to help slow the spread of the disease.

In one of these campaigns last month, half a dozen motorbikes carrying large blue cool-boxes containing the vaccine bounced down the dirt track towards Ekima’s village, crossing log bridges, dodging burning thickets of bamboo and overcoming multiple breakdowns and flat tires.

It is a race against time to deliver the vaccine before it overheats in the equatorial sun.

Nine hours later, and shortly after sundown, the team arrives with their precious cargo in Boso Manzi, the nearest town to Macau.

The fleet of motorcycle drivers wearily unload cool-boxes into MSF’s temporary warehouse – a white tent lined with refrigerators powered by a series of generators. 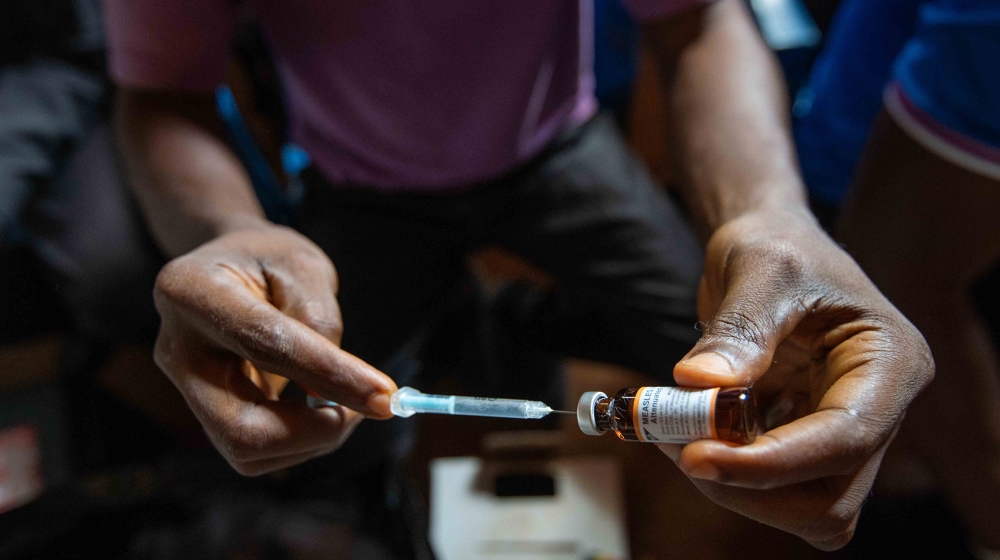 After checking the 2,900 vials are intact, the temperate log for each cool-box is plugged into a computer. Seconds later, a graph appears, showing every change in temperature since leaving the manufacturer’s warehouse in India.

This is just the first phase of a herculean effort.

Over the next 10 days, the vials will be loaded back onto the motorbikes and transported to villages such as Macau, and deeper into the forest, to reach children missed in previous vaccination efforts.

After overcoming logistical challenges in reaching remote communities in the DRC, the cost per vaccine increases five-fold, according to Sodjinou.

It is already too late for some.

Inside the last of a row of four dilapidated tin-roofed hospital buildings in Boso Manzi, Wanea Mabela comforts her three-year-old daughter, Dobo Mabanza, on a rusting iron bed. For the past two weeks, this has served as a measles isolation ward for surrounding villages, some people travelling as far as 90km (56 miles) to reach it.

“I feel so guilty,” says Mabela as she cradles her baby. “I’m afraid people might say it’s because I didn’t get to the vaccination and so my daughter fell ill.”

Living an hour’s walk from the local health clinic, Mabela was unable to take her daughter to get vaccinated in the December campaign. The same day, her child fell sick.