The first May bank holiday is just days away – and it’s going to be a little different this year. The date was moved to coincide with the 75th anniversary of VE Day this year, with hundreds of plans in place across the UK for a series of events commemorating the historic occasion. But it was not to be, with the UK now in lockdown meaning all public celebrations have been cancelled.

However, with the bank holiday still going ahead as normal, many people will be hoping to get out and about this weekend – albeit it following the Government rules.

It may be for a touch of afternoon tea, or a stroll with your children, but the bank holiday s the perfect excuse for leaving your home.

So what will the weather be like this weekend?

Express.co.uk takes a look at the Met Office forecast for Friday to Sunday. 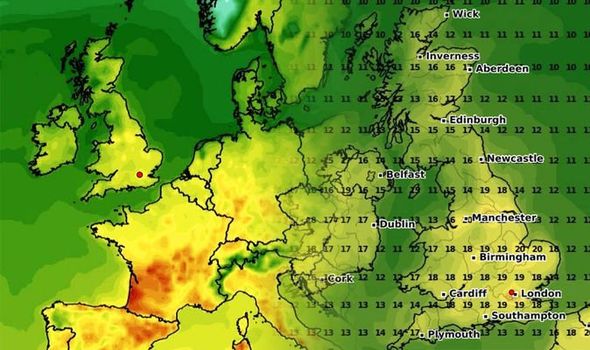 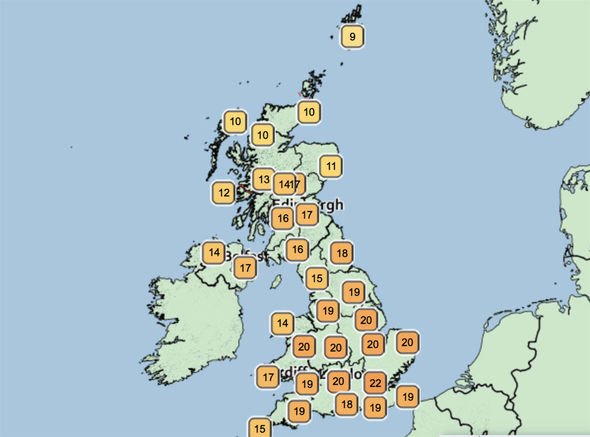 The forecast this week is looking pretty changeable, with some heavy rain and fierce winds to hit today.

But the forecast is expected to get sunnier and warmer as the week goes on, much to the delight of everyone stuck at home in the UK.

The Met Office outlook from Thursday to Saturday reads: “Very warm and sunny for many, with the risk of the odd afternoon shower developing.

“Turning much colder from the north late Saturday, with snow showers reaching the Northern Isles.” 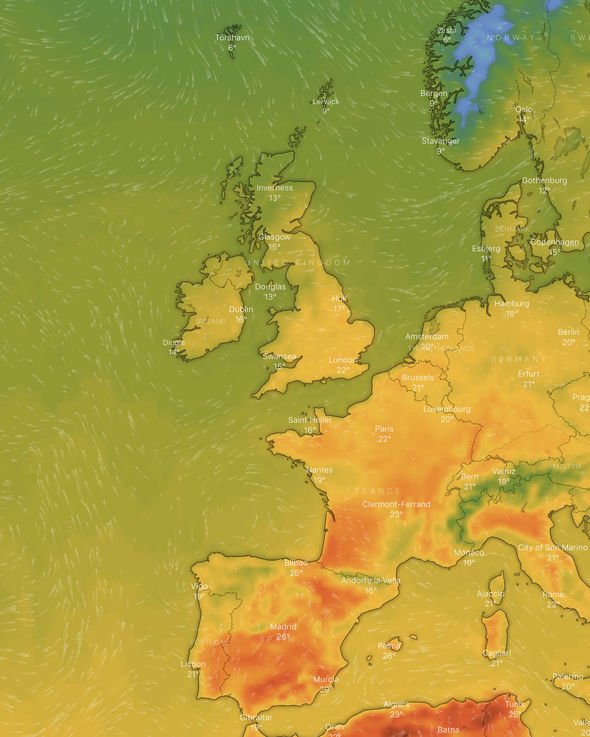 The majority of the UK is expected to be fine and dry this weekend – although perhaps not quite as hot as the Easter bank holiday, but pleasant enough.

Temperatures are expected to be around 15C to 16C, climbing to 19C in parts on Friday evening and through Saturday, according to maps from WXCharts.

While The Weather Outlook (TWO) is predicting highs of 23C in London on Friday and 20C on Saturday.

Sunday is expected to be a little cooler, however. TWO predicts the temperature could drop to just 14C – chilly compared to the balmy conditions of the two days before. 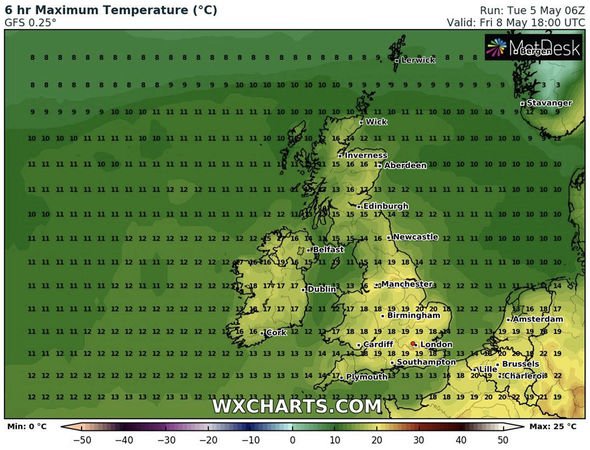 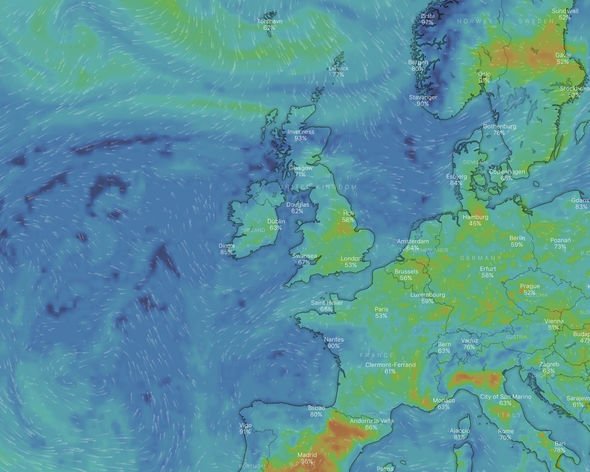 From Saturday, the long range forecast reads: “The beginning of this period will be largely dry with light to moderate winds, and temperatures near average or slightly above, allowing pleasant sunny and bright spells for most.

“Rain most likely in western areas. The weather will likely turn more unsettled, with a gradual increase in spells of rain and showers for most, broken by brief sunny or bright spells.

“Winds may turn fresh or strong in some western regions with cooler temperatures in the north spreading throughout the UK.

“Although the heaviest rainfall will be in southern regions, the unsettled picture is set to continue until mid-month.

“Towards the end of the period there is a chance we could see some longer drier spells developing.”

In fact, last month as a whole was the sunniest April on record for the UK, according to a provisional analysis by the Met Office.

Dr Mark McCarthy. head of the Met Office’s National Climate Information Centre, said: “Although April 2020 will be remembered for being the sunniest April on record in England and the UK, along with the sunshine, the month was largely dry with mean temperatures well above average for most parts of the UK.